Perhaps winter weeding/trimming would be more specific. I never thought that I’d be living in a place with such a warm climate! About a month ago, we started gardening by cleaning out various areas of the yard, one at a time. We’ve since weeded the plant bed underneath the kitchen’s bay window, which holds two hibiscus plants (they may or may not be perennials, and if they are, may or may not be dead – we’ll find out soon, I suppose) as well as a plant that I think is Chinese fringe flower (Loropetalum chinense), though that remains to be confirmed. There’s also some kind of holly that seems to grow like a weed. (The first pictures are “before” shots, and the later ones are “after” shots in all cases.) 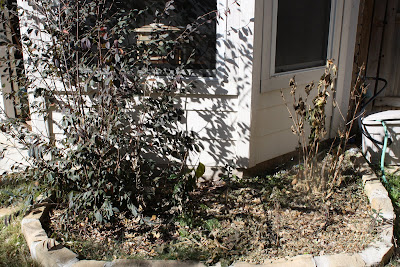 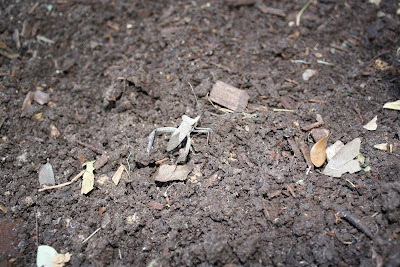 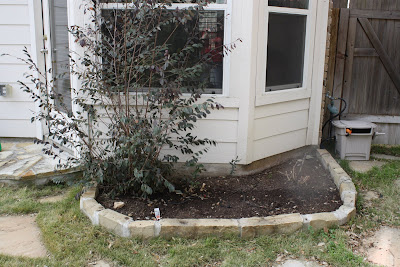 We’ve also emptied both containers (which were full of dead plants anyway) and have positioned them near the first area we weeded, ready to receive herbs. Darwin likes helping, but usually gets himself dirty. 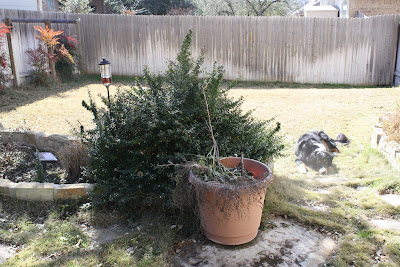 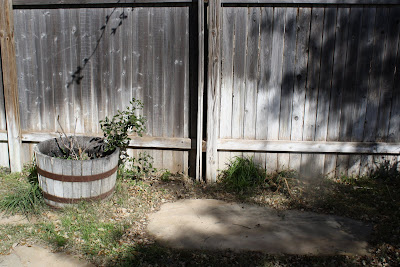 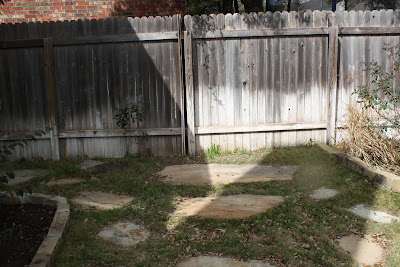 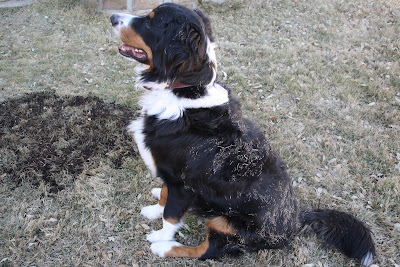 The bird feeder now has to be refilled often, as we have several different species delighting in the manna. 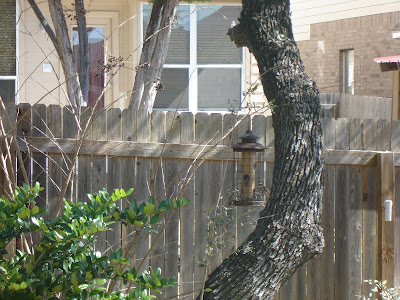 We’ve clipped the plant near the front entrance, and it already seems to be growing new shoots. There’s a mystery plant next to it, which we’ve decided to keep for now. One of the Japanese boxwood bushes in the front looks dead, but when we clipped a branch, it was still green inside, so we’ve decided to give it a chance to come back to life this spring (otherwise, it’s gone). We’ve cleared the space where we will be planting flowers eventually. We also have more of that decorative plant that may be the Chinese fringe flower: it’s in bloom right now, but even when it isn’t, the foliage is quite interesting. 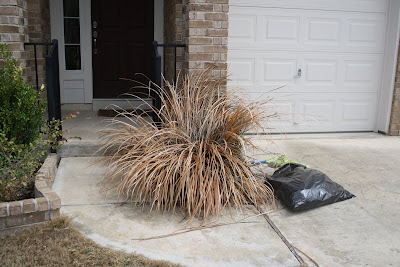 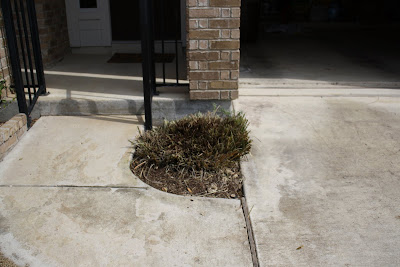 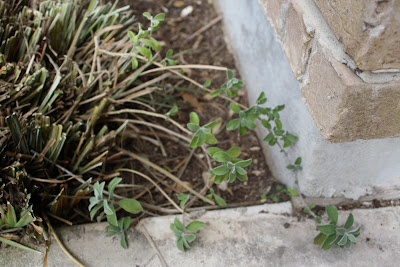 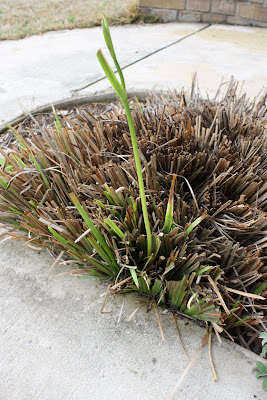 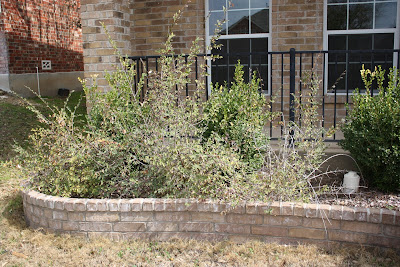 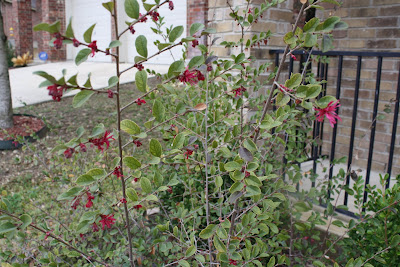 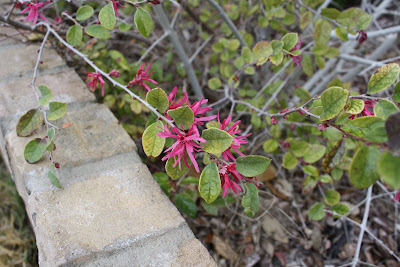 We’ve found out that the plants near the fence, that have such nice foliage, are Nandina: extremely toxic to mammals. For the moment, we’ve removed all the berries, to prevent Darwin from eating any, but we may remove the plants altogether eventually. 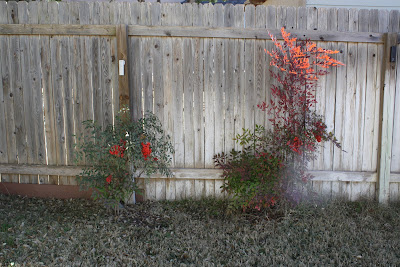 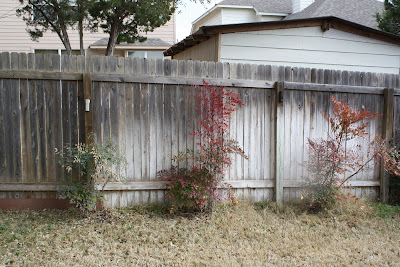 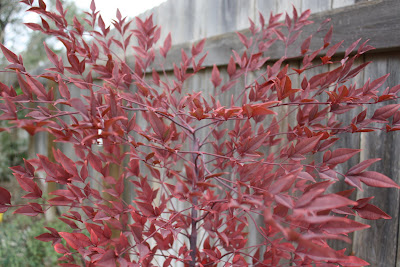 We’re now focusing on the backyard, which has a large plant bed in a semi-circle. I trimmed the rosebushes two weeks ago, and there’s already new growth all over the place. We’re slowly working our way around, removing weeds, dead leaves and old mulch. I think we have finally solved a mystery: there is a solar panel with wires going somewhere underground, and we didn’t know its purpose. Last weekend, we found a small light, with a wire coming from the ground: it was completely hidden by an overgrown bush, which is why we’d never seen it before. It has been repositioned to illuminate the big rosebush, and it’s working perfectly! 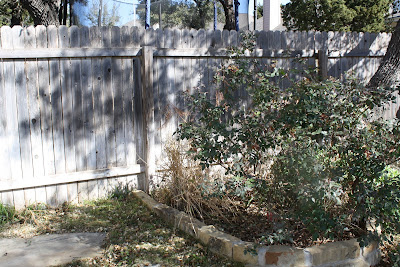 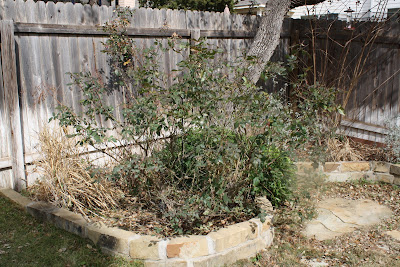 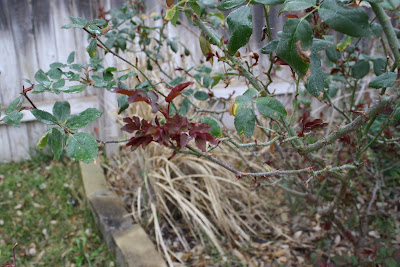 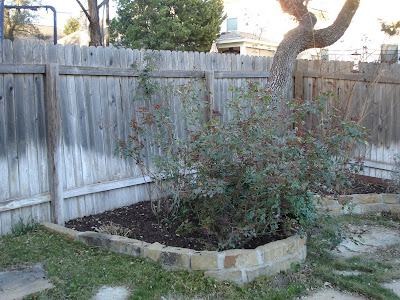 We’re limited both by our energy levels and by the size of our trashcan, which luckily are quite compatible. We should be done with the weeding, trimming and cleaning in another two weeks, at which point we’ll think about planting.
Posted by Amélie at 4:18 PM