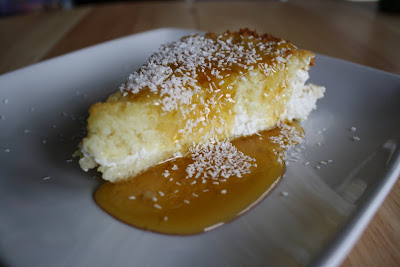 I found this recipe for couscous cheesecake on Flickr, of all places! I’m told this is originally a Jewish recipe, though it’s undoubtedly been adapted over time, and this here is a lactose-free version, though still dairy. The Engineer and I had never had such a cake: you see, the cake itself isn’t sweet, and it’s the syrup poured on top that really gives it flavour. We came to the consensus that even though we liked it and it was very interesting, neither one of us could imagine ever having a craving for it. I will give you the recipe I used, though, since I had to translate/adapt it from European measurements.

Boil the water in a saucepan and add the couscous; take off the heat and let stand, covered, about 30 minutes. Fluff it with a fork. Add the butter and mix well; add the egg and salt and mix until you get an even consistency. Put half the couscous mixture in a 9-inch springform pan and smooth it out to have an even layer on the bottom.

In a medium bowl, mix the cottage cheese, the cream cheese substitute and the honey. Spread the mixture over the couscous layer in the pan, then spread the rest of the couscous evenly on top. Bake for 15 minutes, until the top is golden brown (you can use the broiler to finish it off). 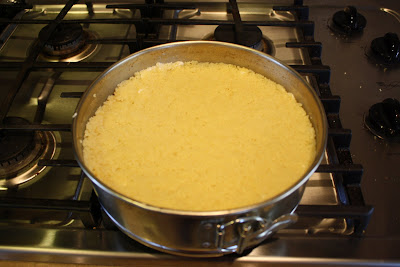 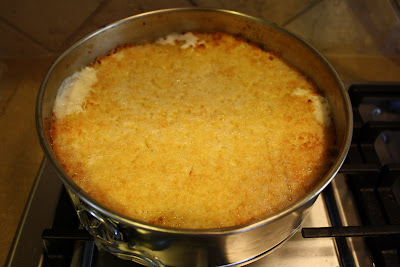 For the syrup
Mix the honey with the water in a saucepan and add the saffron. Boil for about 10 minutes to form syrup (the consistency will still be runny, as the mixture if hot). Mix in the rosewater or orange blossom water and let cool. 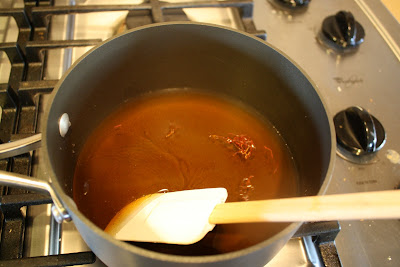 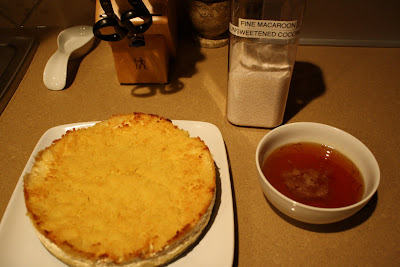 To serve, place a piece of cake on a plate and drench it in syrup; top with shredded coconut and enjoy. 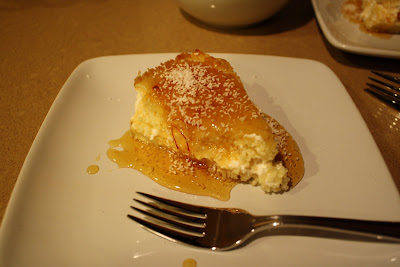 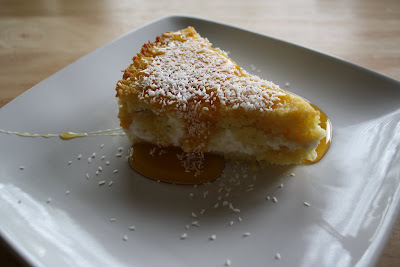