I used to be a fan of This is why you’re fat dot com, “where dreams become heart attacks”. It used to feature Frankenfood, dishes assembled because they might be good individually, but together, it was so over-the-top as to be ridiculous. To give you an idea, there was the "30,000 Calorie Sandwich" made of minced beef, bacon, corn dogs, ham, pastrami, roast beef, bratwurst, Braunschweiger, turkey, fried mushrooms, with onion rings and five varieties of cheese, served on white bread. Scattered in there were also some traditional dishes, like poutine and Welsh rarebit. The vast majority of the Frankencreations made me gag, but every once in a while, there was one thing I would actually drool over. Like this bacon cinnamon roll (the picture below is from the now defunct website). 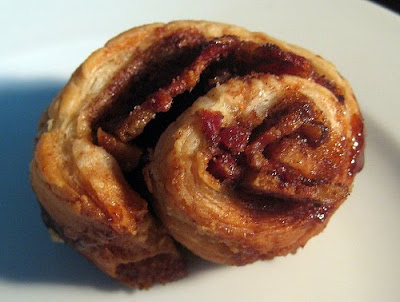 Then I saw a post on Cakespy and realized how easy it is to make said roll if you use premade cinnamon roll dough from a can (there are decent brands out there, believe it or not, including gluten-free ones). What with the Engineer’s baking project, I had almost forgotten about cans of dough. And I had leftover bacon, so I bought some dough and made these rolls on a Saturday morning. They were DELICIOUS and I regret nothing. 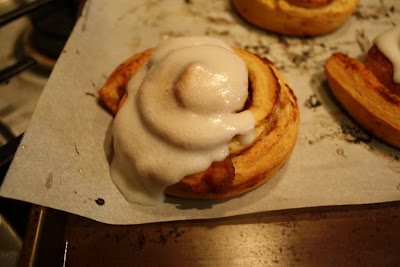 Just open the can, separate the rolls, and unroll them. Put a strip of halfway cooked bacon on each (it needs to be soft enough to be folded, and will cook a bit more in the oven), or two if the rolls are big. Roll them back up and cook according to package directions. Let cool a bit, then glaze, eat and swoon. You’re welcome. 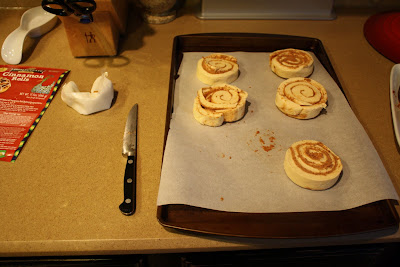 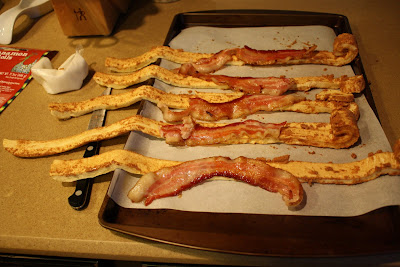 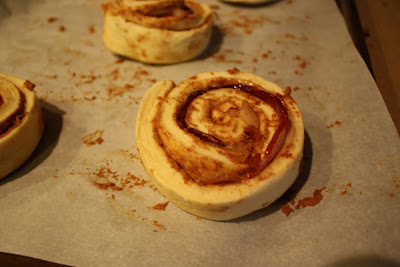 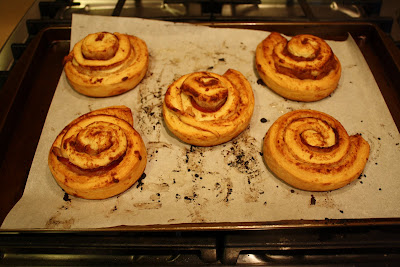 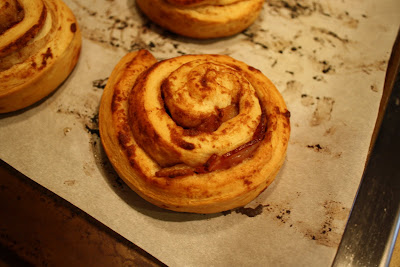 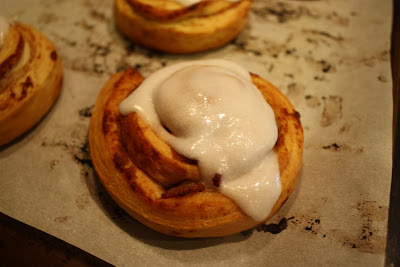