I recently tried more lactose-free products that I hadn’t seen in Quebec before. The first is by So Delicious, whose products I really like. They’re made with coconut milk, so they are dairy-free, and some of them don’t even taste like coconut (I’m saying this because I have a friend who dislikes coconut, though I love it). Their products are also usually gluten-free and peanut-free, but they do contain other nuts. This time, I tried the Coconut Almond Minis Bar: it’s the first time I see a lactose-free product that resembles those I used to have before I became lactose-intolerant. I used to like bars of vanilla ice cream covered with chocolate and served on a stick. This coconut version is just as delicious as the dairy ones I remember, and the small size means I don’t overeat. It’s a great treat! 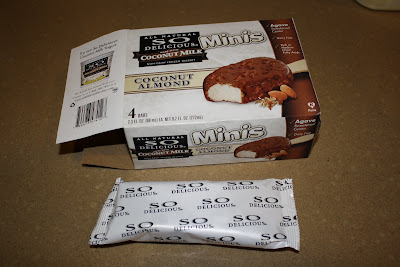 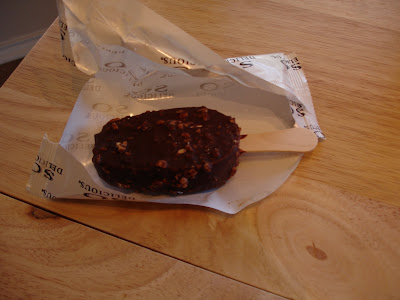 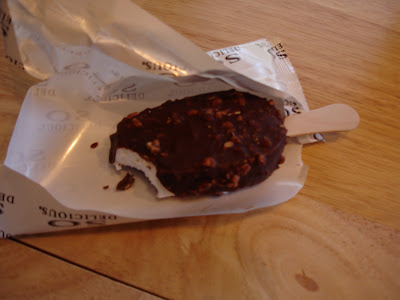 I also tried both the Rice Dream and Almond Dream vanilla bites, whose vanilla ice cream equivalents have become so ubiquitous in the past few years. Both are gluten-free, but contain traces of nuts and peanuts. I really like them, though, as they can easily provide a quick treat straight from the freezer, without much guilt since they are so small. They also both taste quite good, on a hot day or on a cold evening. 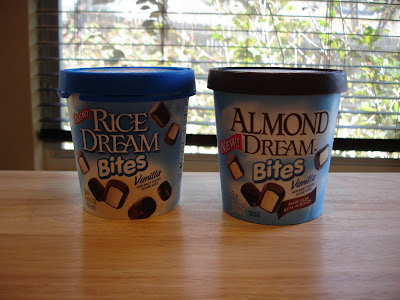 The Engineer and I also bought a pint of Arctic Zero, a frozen dessert that is both lactose-free and gluten-free and contains very few calories. I can’t say that I recommend this one, however, because the one I ate, the chocolate and peanut butter variety, didn’t bring me any enjoyment despite containing two things that I normally enjoy very much. It felt a little watery and didn’t taste like much at all. I think that if you’re going to have dessert (as you should), you have to enjoy it, otherwise it defeats the whole purpose. There are other low-calorie alternatives out there, and much better lactose-free frozen desserts. 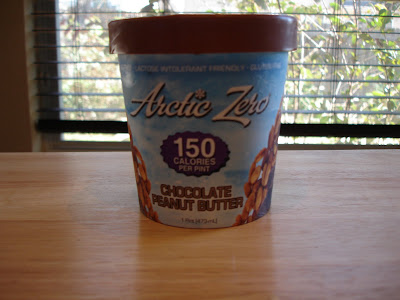 Finally, there’s Lisanatti’s almond cheese, which we tried in both mozzarella and cheddar varieties. They are dairy-free, soy-free and gluten-free; they contain nuts, of course, but the company’s other products are not cross-contaminated. Do they taste like their dairy counterparts? Not at all. But they do have the right consistency and appearance. The mozzarella style, cubed, was great in a quinoa salad instead of boccocini, and the cheddar is good as a side. I’m really enjoying having all these options. 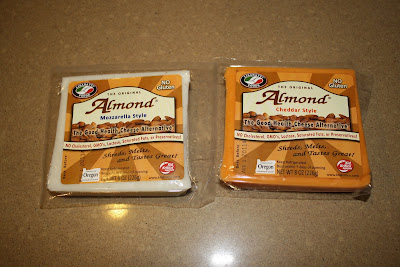