I really enjoy gingerbread cookies, especially when they’re thick and soft, but somehow I had never made any before. I had bookmarked a recipe on Cook’s Country for future reference, but then two Christmases ago, my sister brought over her own gingerbread cookies, and I knew that those were the ones I wanted to make. It’s from Bless This Mess I finally got around to it just before we left for the holidays last month, and they were delicious!

The hard part, really, is decorating them. I mean, putting stuff on them is not hard, but making things look the way you envision takes a lot of talent! I decided not to obsess about it, since It was my first time. I looked at this video to figure out how to decorate snowflakes, but obviously it’s *way* beyond my talent; at this point I was working more on figuring out what consistency to make the royal icing. I used the recipe on the back of a package of meringue powder for the white icing, and I bought 4 tubes of ready-made colored icing to supplement (and make my life easier, especially since I was decorating with the Little Prince!). We also used M&Ms, though miniature ones would have been nice too, and I used candy eyes, but I’d omit them next time because let’s face it, the gingerbread men look a bit creepy with them! Sprinkles or coarse sanding sugar would have been good additions as well. There’s more inspiration here.

The dough can be refrigerated for a few days, and baked, undecorated cookies can be frozen (we ended up doing this with a lot of ours, even some decorated ones, since we were leaving town shortly after baking them). Baked and decorated cookies will keep for a few days in an airtight container. The recipe makes about 3 dozen large cookies; I ended up with more (24 snowflakes and 30 gingerbread people, with a few scraps) because I rolled them a bit too thin (I baked them for 8 minutes instead of 10, but I’d make them thicker next time, ½” instead of ¼”).

Beat in egg, molasses, and vinegar.

Sift all of the dry ingredients together and then blend sifted dry ingredients into the wet ingredients, working in a few batches, stirring after each addition. The dough should come together when you press it in your hands but not crumble much.

Divide the dough into two even pieces, wrap each piece of dough in plastic wrap, and refrigerate for 30 to 90 minutes.

When the dough is done chilling, preheat oven to 350 °F. Working in sections, roll the dough to ½″ thick on a floured surface; cut into desired shapes. Place shapes on a baking sheet lined with parchment paper or a baking mat. Gather and reroll “scraps” of dough as needed, using all of the dough.

Bake for 9-11 minutes. Let the cookies cool on the pan for 5 minutes, and then move to a cooling rack. Repeat with remaining dough. 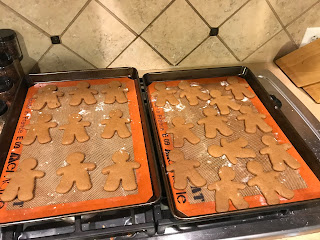 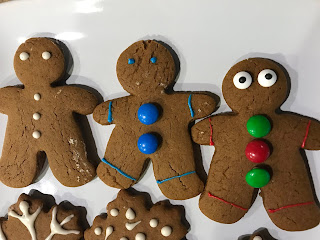 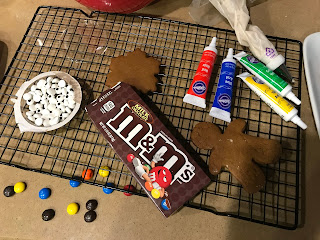 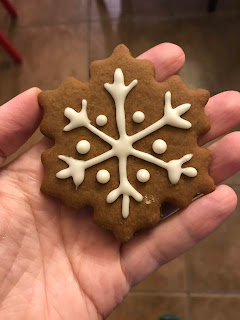 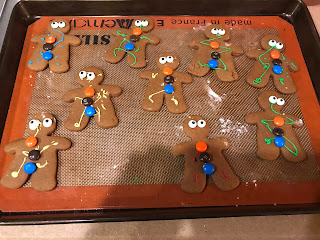 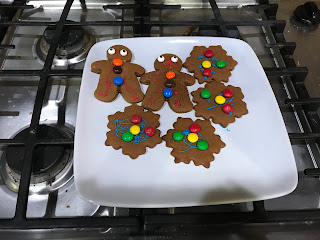 Posted by Amélie at 4:24 PM No comments: 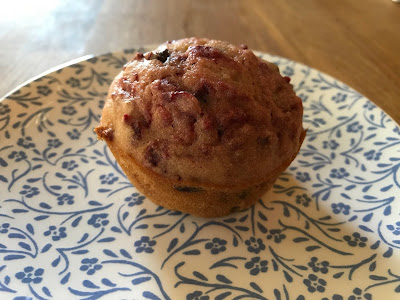 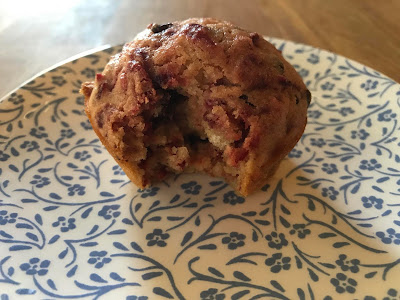 I don’t always try to make healthy breakfasts. I mean, I made this bread pudding with chocolate chunks and custard sauce, but neither one of my kids liked it, for God’s sake! I don’t know if it was opposite day or what… But then I decided to make these coconut and date muffins that secretly have cauliflower in them. I was initially very put off by them, because the whole kitchen stank of cauliflower as they were baking, and I felt like I could really taste it. BUT, I froze half of the batch, and I have to say that when I got around to eating those muffins, even after warming them up in the microwave, they were quite good and I didn’t taste the cruciferous vegetable. It’s still not my favorite way to hide it (I think the savory cauliflower cake wins that hands down), but it was an interesting experiment.

The Engineer asked me to make apple muffins, so I made these with grated apple and no raisins, but they weren’t that great, and were not what he had in mind anyway. I’m still not sure what he had in mind. By that point, I wanted some great muffins, so I made these chocolate chip zucchini muffins from Kristine’s Kitchen, and they were perfect. They’re *so* pretty and are delicious to boot, the perfect combo! 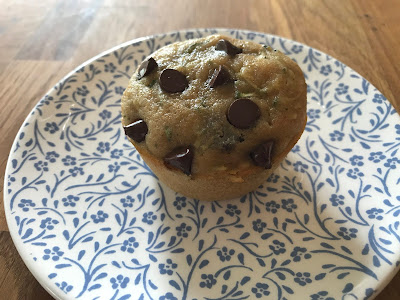 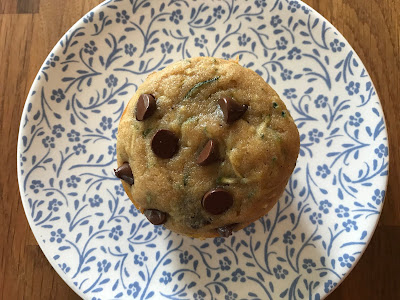 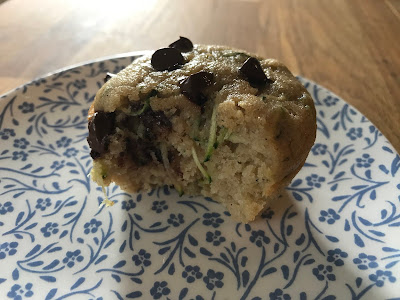 We each had two, including the kids, and the Little Prince asked me to make them again. But, you know, I’ve already got similar recipes on here, I was embarrassed to share yet another one. And then I remembered something I had read in Parents magazine: switch things up by using raw grated beets instead of zucchini in bread and muffin recipes. Huh. 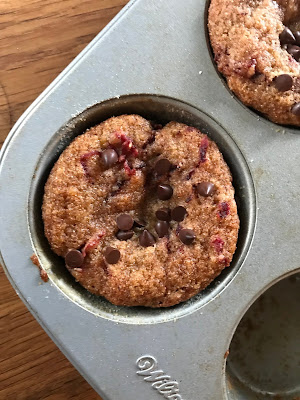 I tried it in my banana zucchini chocolate chip muffins, and it works! That being said, I really love the recipe from Kristine’s Kitchen, so I made it again with beets and I’ve adapted that one below. Note that you can also throw in a handful of rolled oats as a topping if you feel so inclined.

Preheat oven to 400 °F. Grease a muffin tin and set aside.

If you are grating a fresh beet on the top, you probably won’t need to squeeze any liquid out of it. In my case, I was using grated beet that had been frozen and thawed, so I used paper towels to squeeze out the excess liquid. If you are using zucchini, squeeze out the liquid as well. Set aside.

In a large bowl, whisk together flour, baking powder, salt, and cinnamon.

In a medium bowl, whisk together buttermilk, honey, egg, vanilla, and melted butter.

Pour the wet ingredients into the dry ones and mix gently with a wooden spoon until almost combined. Fold in the grated beets and chocolate chips.

Scoop the batter into the prepared muffin tin (I like using an ice cream scoop for this). Top each muffin with a few extra chocolate chips or rolled oat flakes, if desired. Bake at 400 °F for 5 minutes, and then reduce oven temperature to 350 °F. Continue baking for 10-12 minutes or until a tester inserted into the center of a muffin comes out clean. Cool muffins in the pan for at least 5 minutes before removing onto a wire rack. 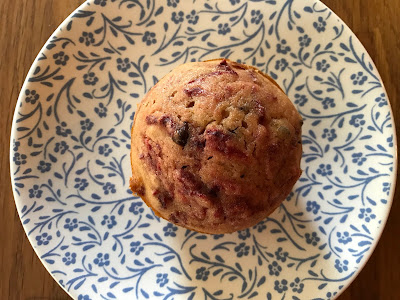 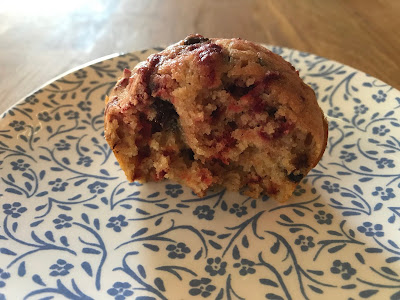 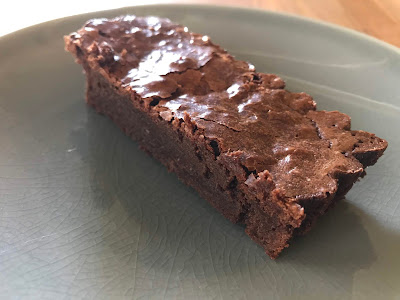 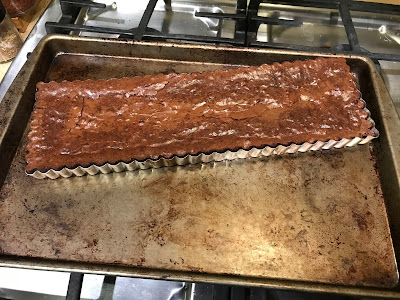 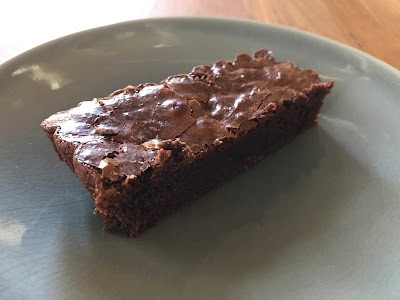 Posted by Amélie at 5:38 PM No comments: 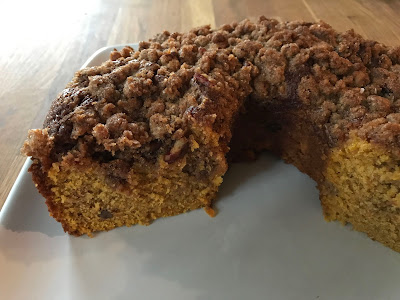 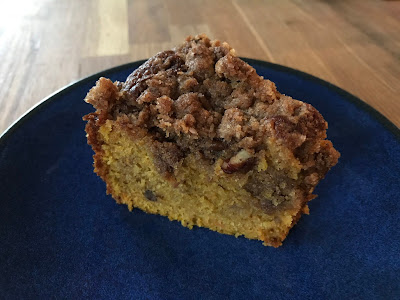 Posted by Amélie at 4:28 PM No comments: 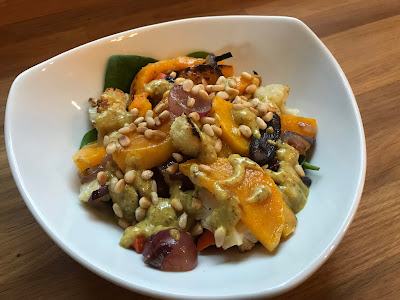 Posted by Amélie at 5:13 PM No comments:

Mini-quiches for the lunchbox 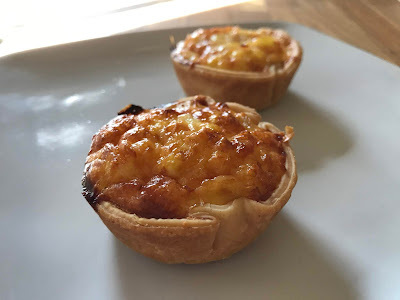 I bought a recipe book last summer, in the hopes it would give me ideas for what to put in my son’s lunchbox, but I think the more I use it, the more I realize I probably should have just left it on the shelf. It did have a recipe for mini-quiches, but the quantities for the filling were way off (2 eggs for 12 muffin-sized quiches? really!?!) and the crust diameter for each quiche was much too small (getting baked egg out of a muffin tin is a fruitless endeavor; even if you succeed, the coating of the tin will come off with it, so nobody wins). I liked the idea, though, so I then tried this crustless version made with cottage cheese and flour, which calls for parchment paper liners in the muffin pan – a lifesaver! Unfortunately, the Little Prince didn’t like these, though the Fox and I did.

I decided to google a good recipe and ended up with this one from Culinary Hill. The recipe makes 24 muffin-sized mini-quiches, which is perfect for me because I can make one batch and have enough to feed both kids for a few days AND put some in the freezer for another time. (To reheat frozen mini-quiches, bake for 5-10 minutes at 400 °F, or microwave for 2 minutes.) You can also serve them for breakfast or brunch, obviously, and they are highly customizable depending on your tastes and what you have on hand. I made a quiche Lorraine version, which was *very* well received by everyone.

The thing I want to warn you about is this: in order to bake these in standard muffin tins without ruining said tins, you need to cut rounds of dough that are AT LEAST 3 5/16th of an inch in diameter – DO NOT go any smaller! You could even go up to 4 inches. This means that you get fewer than the recipe called for – I got about 10 rounds from each pie crust, whereas the recipe called for 12 rounds sized 3” each. This leaves you with two options: a) use 3 pie crusts (storebought or homemade), or b) supplement with, or use exclusively, parchment paper muffin liners. The latter can take almost twice as much filling as the crusts, but in my case, they were done baking at the same time, so it was perfect. (Starting with 2 pie crusts, I made 21 rounds of dough that were 3 5/16th inch in diameter and then used 3 parchment paper liners, for a total of 24 mini-quiches.)

Place the oven rack on the lower third of the oven and preheat to 375 °F. Grease two muffin tins.

In a large bowl, whisk together eggs, milk, ½ teaspoon of salt, and ¼ teaspoon of pepper.

Unroll one pie crust. With a 3 5/16th inch biscuit cutter (or larger), cut as many rounds of dough as you can (reroll leftover dough to cut more). I got about 10 from each pie crust with the smaller size. Repeat with the other pie crust. Press each small round of dough into the indentations of the prepared muffin tins. If you do not have 24 small rounds of dough, use parchment paper liners for the rest. (This should only happen if you have 2 crusts instead of 3.)

Place 1 tablespoon each of ham and cheese into each crust. Divide scallions evenly among the muffin cups. Pour egg mixture evenly over all 24 cups, filling to within ¼-inch of the top of the crust (do be careful not to go over, and keep this in mind as you transfer your muffin tin to the oven as well – no spilling!).

Bake 25 to 30 minutes or until golden brown. (You can always remove one mini-quiche to check that the crust is cooked completely on the bottom.) Serve warm, at room temperature, or cold. 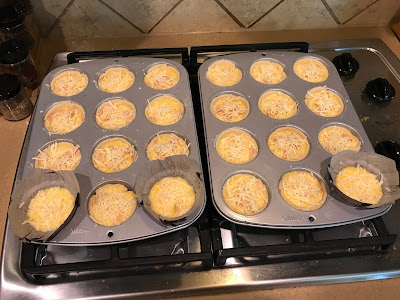 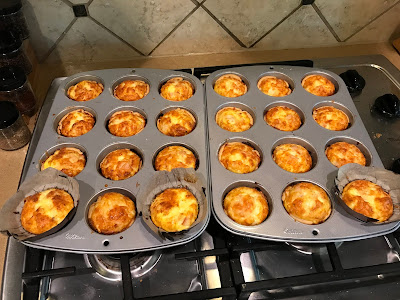 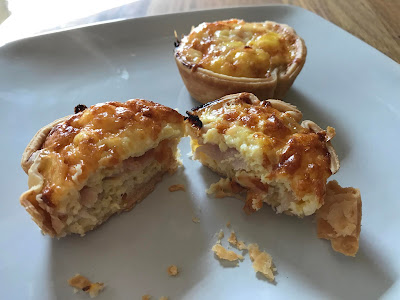