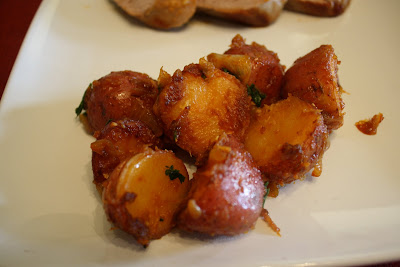 I got this easy recipe from Cook’s Country. I loved that the paprika is an integral part of the dish here, as opposed to something that’s sprinkled on at the end. My potatoes didn’t brown as nicely as those in the magazine, but I don’t think it mattered much, as the Engineer and I both enjoyed it tremendously. I served it here with roasted pork tenderloin served with apricot-miso glaze.

Heat 1 Tbsp oil in large non-stick skillet over medium heat until shimmering. Add onion and cook until softened, about 5 minutes. Stir in the garlic and 1 tsp paprika and cook until fragrant, about 30 seconds. Add potatoes, broth and ½ tsp salt and bring to a boil. Reduce heat to medium-low and cook, covered, until potatoes are just tender, 12 to 15 minutes.

Remove lid and increase heat to medium. Cook, stirring occasionally, until liquid evaporates, about 5 to 8 minutes. 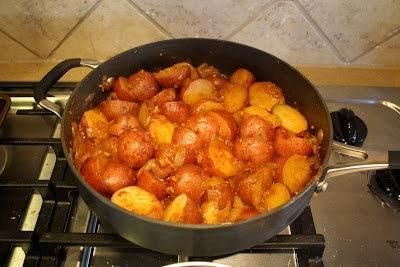 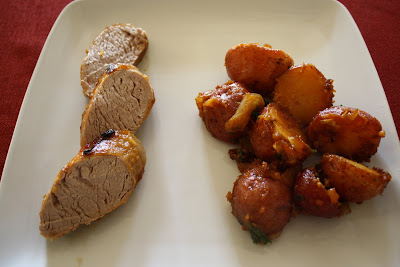