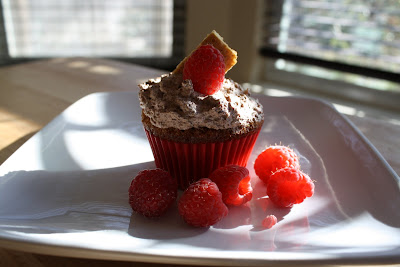 Since I’m now officially a full-time domestic goddess, I figured I would make some elaborate cupcakes – and by elaborate, I mean filled. I adapted this recipe from Bon Appétit, though I ended up having to change it a bit. You see, when I read the ingredient “heavy whipping cream” in the original recipe, I logically assumed that the cream would be whipped at some point, so I got a dairy-free substitute that can be whipped. But it turns out that it’s only meant to be heated and then combined with chocolate to make a ganache, so a creamer is a better lactose-free option here. Instead of having a chocolate ganache layer covered with a grilled puff of marshmallow crème, I made a chocolate frosting (which didn’t turn out like I had hoped, because the warm chocolate seized up on contact with the cold whipped frosting; it was good, though unexciting). So my cupcakes don’t exactly look like the ones in the recipe, but I feel they are closer to s’mores anyway, because there’s only one layer of marshmallow sandwiched with the chocolate between the two graham crackers. The meringue-like topping called for might have been overkill, if there can be such a thing when it comes to marshmallow crème (I doubt it, since I like to eat the stuff straight from the jar, but that’s another story).

These cupcakes looked impressive, but really weren’t that hard to make. The cakes themselves were actually quite moist, and stayed good for days. And of course, the time-tested combination of flavours was great! I recommend this recipe, with the topping (chocolate frosting OR chocolate ganache + marshmallow crème meringue) of your choice. A note about the RichWhip: it contains high fructose corn syrup, so I certainly can’t recommend it for frequent use. That being said, in the short term, it is better than lactose (if you are lactose-intolerant) and it is allergen-free. Kineret toping does not contain sweeteners, so I feel it’s a better option, but so far I’ve only seen it at Central Market, while my local grocery store “only” carries the RichWhip – but I’m still on a cloud about being to find this kind of product at all, so this isn’t a complaint. It’ll be tough summering in Montreal without all those goodies!

Whisk graham crumbs, flour, baking powder, and pinch of salt in medium bowl. Beat margarine and sugar in large bowl until light and fluffy. Add eggs 1 at a time, beating to blend between additions. Beat in vanilla. Add graham-cracker mixture in 3 additions alternately with milk in 2 additions, beginning and ending with graham-cracker mixture. Divide batter among muffin cups. 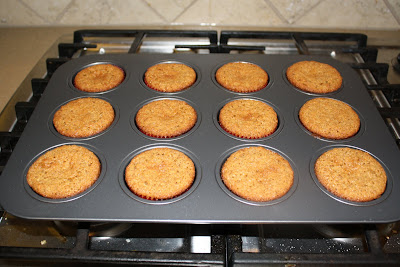 Place chocolate in medium bowl. Bring creamer just to boil in small saucepan; pour over chocolate. Let stand 1 minute; stir until smooth. Cool ganache until lukewarm. (Or, if using a topping to be whipped, go ahead and whip it with the chocolate, and some sugar if needed; skip the marshmallow crème broiling)

Push an apple corer about 1 inch into top of each cupcake; remove cake, forming hole. Spoon ¾ cup marshmallow crème into a resealable plastic bag, pushing into 1 bottom corner. Cut ½ inch off corner. Pipe into holes in cupcakes. Spread 2 tsp ganache over each cupcake. 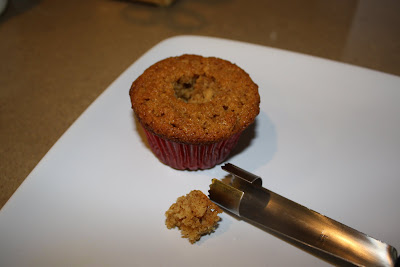 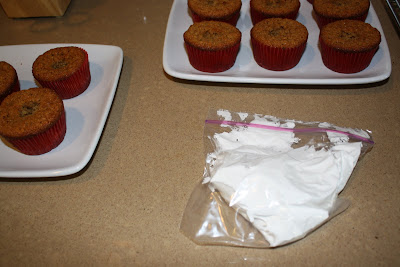 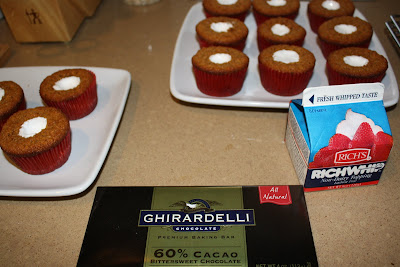 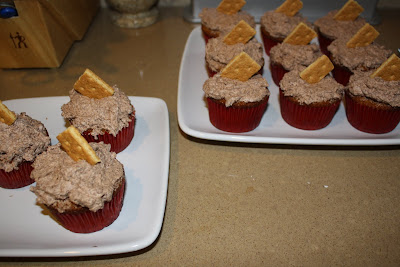 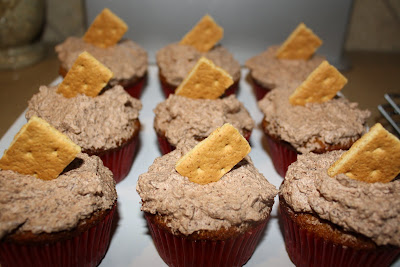 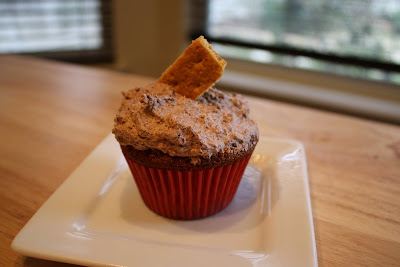 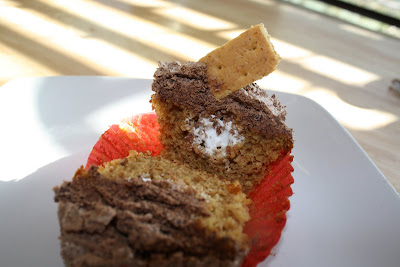