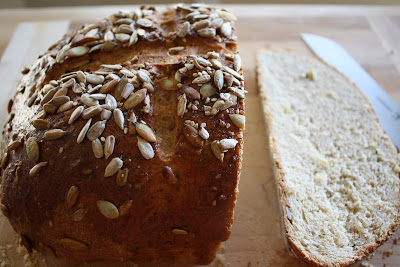 This is my first bread – or perhaps I should say my first edible bread! I used to be completely unable to make a recipe if it called for active yeast or kneading dough, so I had pretty much given up. But watching the Engineer successfully make all those breads from Baking Illustrated made me think I should give it another go, so I did. I had bookmarked this recipe a long time ago on Bread Basket Case, in the hopes that the Engineer would make it. But you know what? It turns out I was fully capable of making it on my own. And it was delicious bread! We both really liked it. As a matter of fact, it was so good that I had trouble believing I had made it myself! For the all-purpose flour, I used a mix of white and white whole wheat, but I think that using only white whole wheat would be too much. The recipe makes two loaves, so you might consider freezing one. It was great with butter and jam in the morning; I also served it with a celery root soup, as well as smeared with a cheddar-bacon mix and baked croque-monsieur-style. I’m definitely over my fear of yeasted bread!

In a large bowl, combine the water, yeast, cracked wheat, oil and honey, and allow to proof about 5 to 10 minutes, or until the yeast is light and bubbly. Add the salt, whole wheat and white flours, and
stir to combine.

Knead by hand, or, using a dough hook, knead in a stand mixer for five to ten minutes, until the dough is smooth and elastic.

Mix the seeds together and sprinkle them over the dough, reserving a few tablespoons to sprinkle over the loaves before baking. Then knead the seeds into the dough; if you use the stand mixer, finish kneading by hand for a minute (why the recipe assumes I’d do a better job than the dough hook at this point is beyond me, but it worked).

Turn the dough into a greased bowl, cover with a towel, and allow the dough to rise until double in bulk, about 1 hour. (I do this by placing the dough in the microwave and leaving the door ajar, so that the heat from the light warms the dough; it’s also protected from drafts this way.) Press the dough into a rectangle and give it a business-letter turn (I also folded it in half after that, to fit it back into the bowl). Let it rest for 5 minutes. 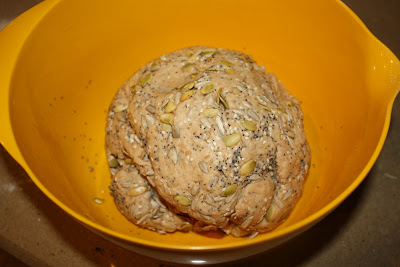 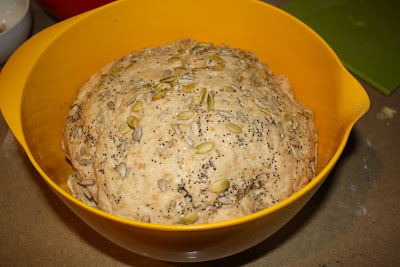 Place a baking stone on the rack in lower third of oven, and preheat oven to 375 °F. Divide the dough and shape it into two round loaves on lightly floured parchment paper. Let rise 25 to 30 minutes. Brush the loaves with a beaten egg and sprinkle on any remaining seeds. Slash the tops of the loaves with a sharp knife. 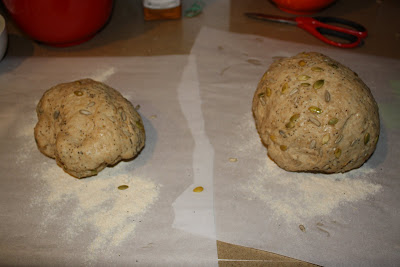 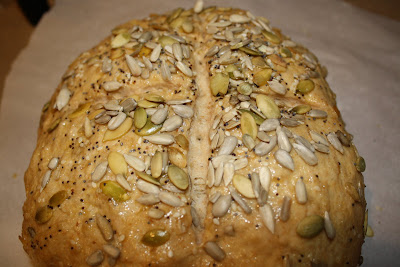 Carefully place the loaves, still on parchment, on the baking stone (I baked them one at a time, but you can judge this depending on the size of your baking stone). Add steam by putting ice cubes on a preheated pan, or adding about a half-cup boiling water in a preheated pan.

Bake for about 30 to 40 minutes, or until the loaves are nicely browned and sound hollow when tapped. Remove the loaves from the oven and cool on wire racks. 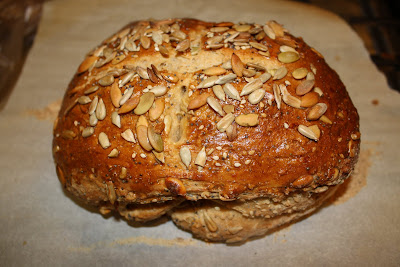 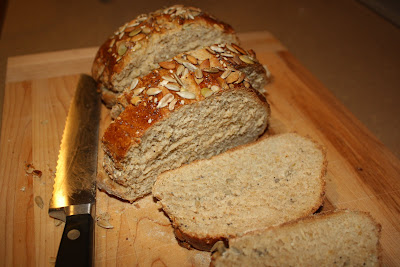 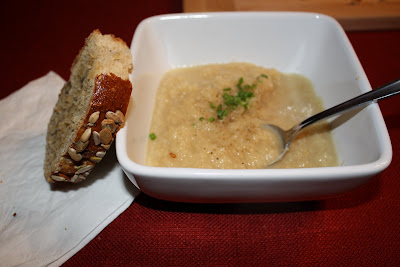 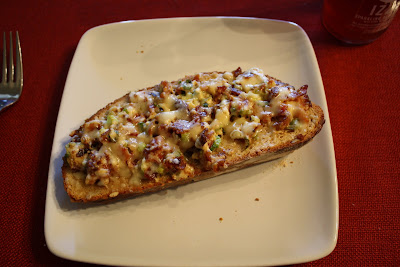 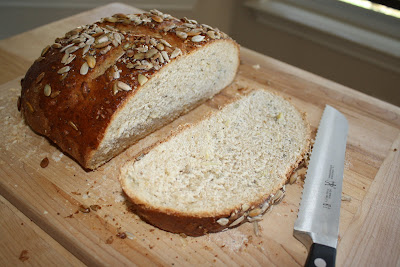