I decided to tackle a few small projects at the end of 2020 before getting back into knitting for myself.
I started by making the Favorite Cardigan for the Legal Chef and E.’s little boy, with Berrocco Ultra Wool Fine Yarn in Verbena and wooden buttons from Etsy. It was easy to make and looks really nice! 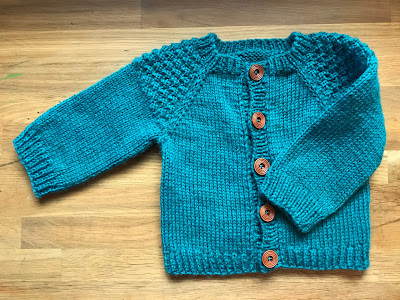 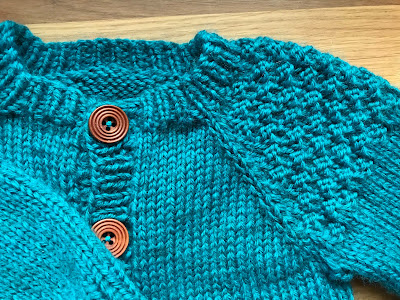 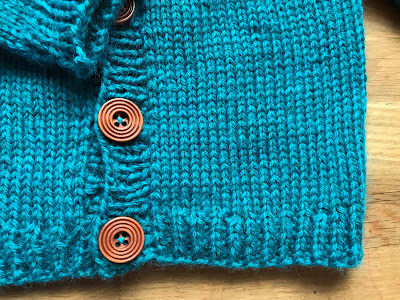 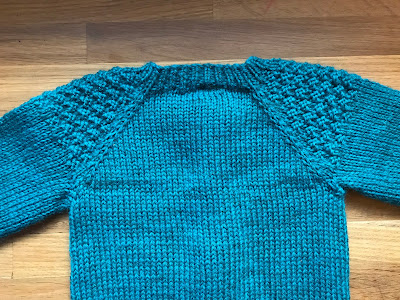 Then I wanted to make something for another friend’s little girl, but not completely pink. I decided to make the Tide Pools sweater. I still had half a skein of pale grey yarn, which I knew would look good as a background for variegated pink stripes (with yarn from way back when), but I needed another color to have enough for the sweater. In that moment, I assumed that the pale grey was Shibui Maai (I knew that I had used it here), so I bought a skein of darker grey to complement it: Shibui Knits Maai Yarn in Graphite. As it turns out, though, the pale grey was actually Debbie Bliss Rialto Lace (that I had used here). But the Shibui Maai is such a nice yarn that I didn’t want to return it! So I ended up using it anyway, giving myself extra trouble by using 4mm needles for the pale grey, 3.5mm needles for the variegated pink, and 5mm needles for the dark grey. Could I have made something just as nice in an easier way? Sure. But I have no regrets! I love the pairing of colors, and used up a trio of buttons from my stash for the closure. 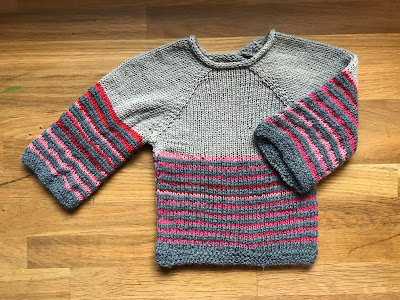 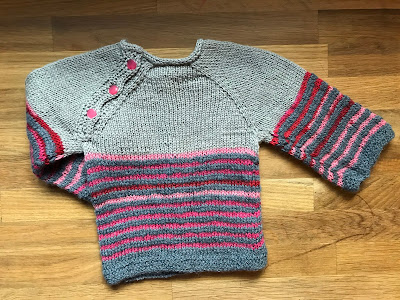 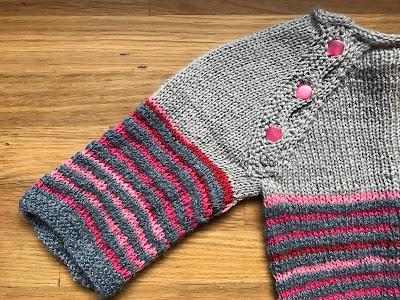 I decided to pair each sweater with a Simply Fair Isle hat. It’s a neat little hat, with flaps to protect ears, but no strings that would pose a strangulation hazard. Plus, fair isle is the perfect way to use up scrap yarn! I used some of the dark grey with the blue for the little boy – the colors go well together, but may be a bit too similar, because I feel like the pattern isn’t visible enough. 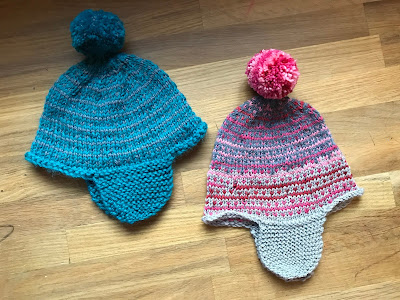 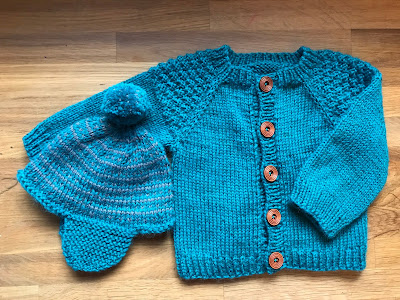 I made a second hat with the last of the pale grey and more variegated pink and dark grey for the little girl and threw in a pompom, with which I’m very pleased because I managed to make it striped! This one turned out more to my liking. 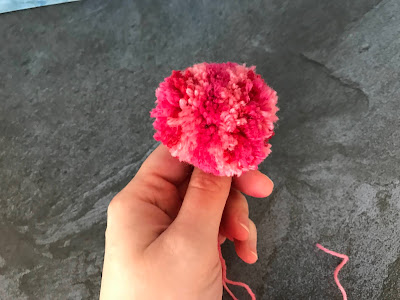 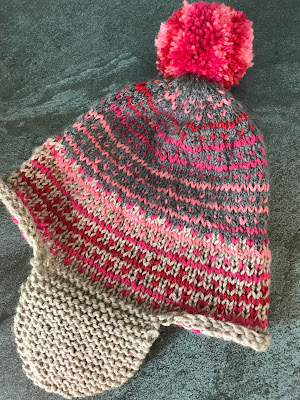 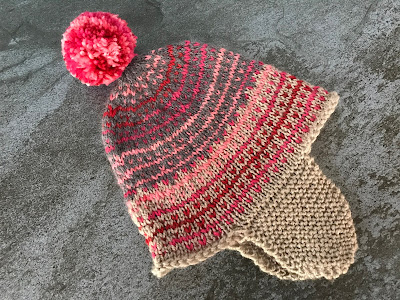 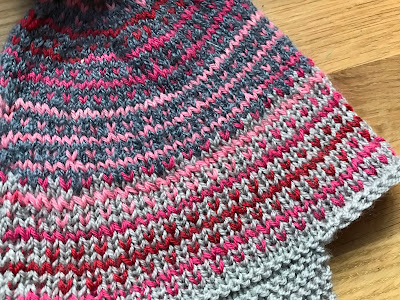 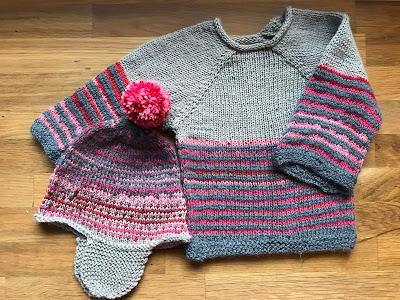 Then I decided to use up even smaller amounts of scrap yarn to make some Christmas decorations. I started with this yarn pompom and tassel ornament, which sadly didn’t come out looking nearly as nice as the photo (it looks like a contender for a *Nailed it* craft, really – it reminds me of an alien jelly fish or something). At least it used up all the leftover Ysolda Red yarn! 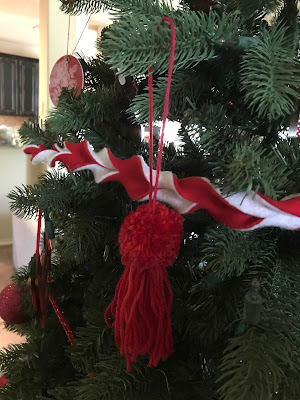 Finally, since the Christmas tree was still up when I had finished all that, I decided to make some Christmas tree bears. They were easier to make than I had thought (but I preferred doing it my way, sewing on ears and limbs before completely the head and body, respectively), and I completely used up the last yard or so of the dark brown and both white yarns you see here – what else was I going to knit with that little yarn, really? All the other materials (black embroidery floss, scrap fabric, ribbon, and stuffing) were from my stash. They turned out really cute! I might add to the menagerie once in a while. Maybe rabbits instead of bears next time? 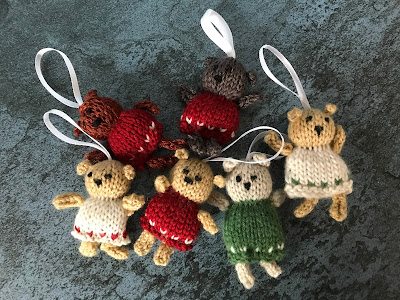 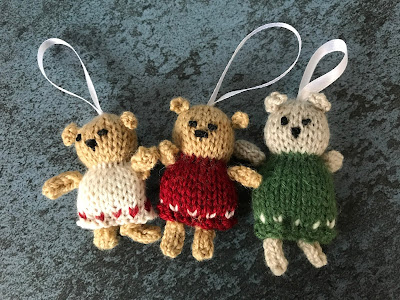