At the end of last summer, I had finally started knitting a scarf for myself, a project that had been in my queue for a while. I was halfway done when I realized that I had made a mistake somewhere in the stockinette stitch (in addition to a mistake that I hadn’t corrected on literally the second row). So I decided to frog it and start over, but in the meantime, I had more knitting to do for babies!

First, for my friends D. and N., I made a cabled sweater called Get Ziggy. I didn’t know the sex of the baby and I didn’t have enough gender-neutral yarn in my stash, but that was a good thing because it allowed me to buy two skeins of the gorgeous Lorna’s Laces Shepherd Worsted Yarn in Ysolda Red, which I’d been eying for a long time. It’s red with variegations of pink and orange, and while I’ll admit that a solid color would have shown off the cables more, I loved the effect nonetheless. It turns out that the baby was a girl, named Ezri Leora (there are so many cool names in English that just wouldn’t work in French, right?). I had enough yarn left at the end to make a hat, though I suspect it’ll be too big for the baby this winter. I’m throwing in a picture of the Fox modeling it (and trying to understand what a sleeve is), because I had done the same with the Little Prince’s Christmas sweater a few years ago! 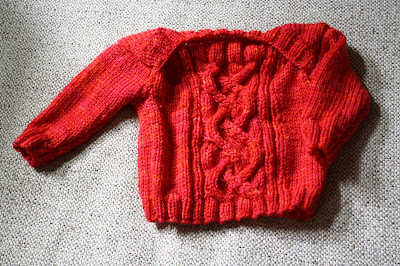 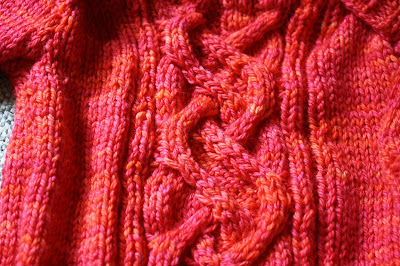 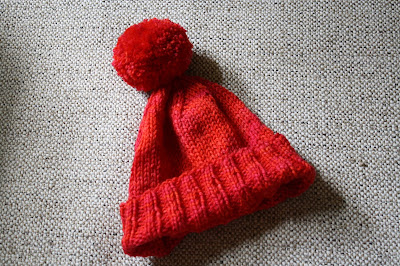 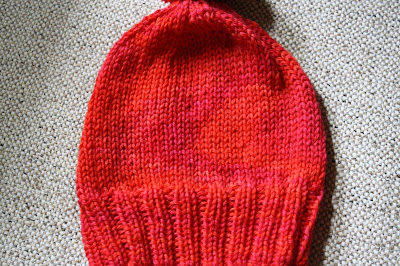 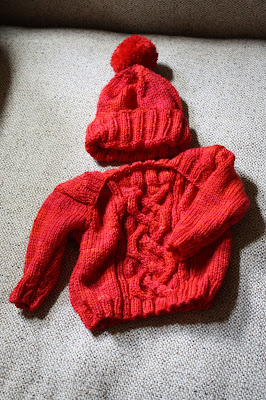 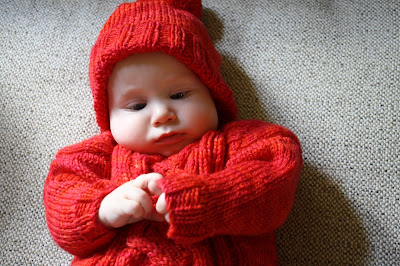 Then, for another little girl due after the holidays (name still to be announced), I made the Clara dress that I had first seen here. I used Madelinetosh Tosh Merino Light Yarn in Posy from my stash, which worked out just fine. The dress came out a bit bigger than expected (I made the bigger size to use up more yarn), so it’ll be for when she’s older… I now have about a third of a skein in each of Posy and Vermillion left in this yarn. And the button is from my stash. 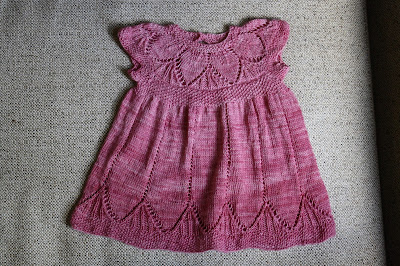 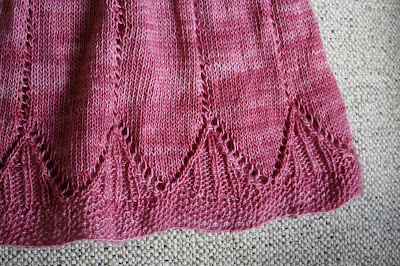 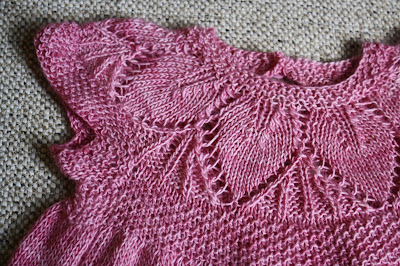 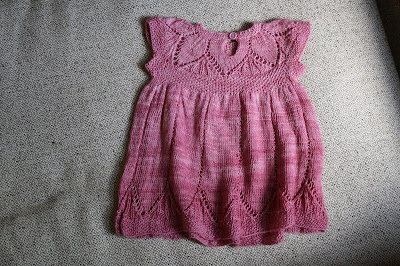 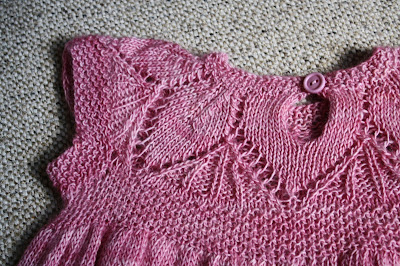 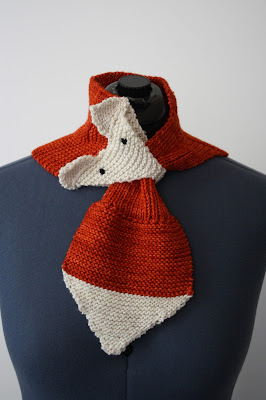 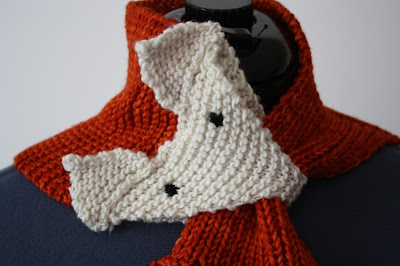