As you know, I have rose bushes in my backyard. One of them in particular had produced a massive cluster of roses a while back (I honestly can’t remember which month it was, much of 2020 just blends together in my memory), so I had a massive cluster of rose hips in December. I decided to make something with them instead of letting them dry out on the branch and trimming them away when I got around to it. I read up on rose hips a bit on The Spruce and decided to make rose hip syrup, since I really didn’t have a lot of rose hips to work with. They were also much smaller than the ones referred to in most online recipes! 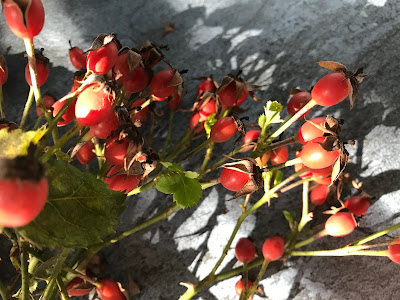 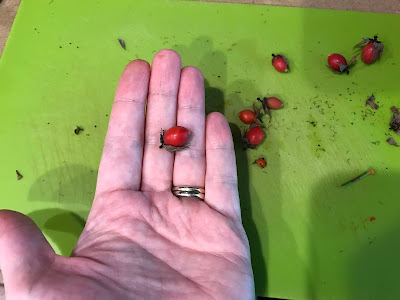 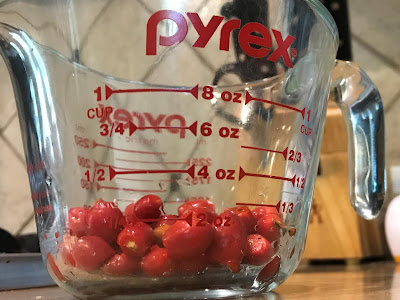 I ended up adapting syrup recipes from The Spruce Eats and Susan Can Cook. I had about ¼ cup of trimmed rose hips, so I added ¼ cup of water in a saucepan and brought it to a simmer. However, the water evaporated too quickly, despite the lid on the saucepan, so I ended up mashing the rose hips a bit (they were too hard for me to cut them open and remove the innards) and adding another ¼ cup of water, boiling it a bit and then letting the whole thing steep. I strained the mixture and ended up with 6 tablespoons of rose hip water, so I added 3 tablespoons of sugar, boiled the mixture long enough for the sugar to dissolve, then kept the syrup in the fridge. 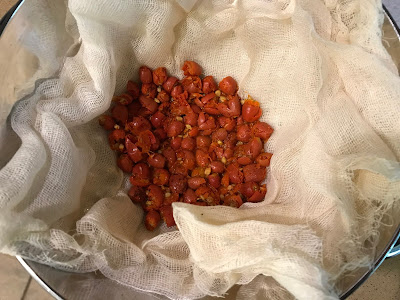 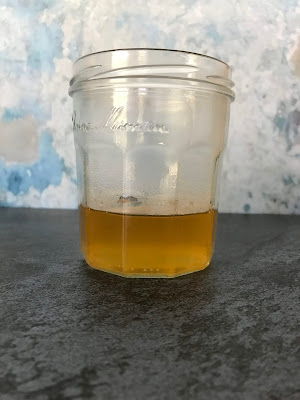 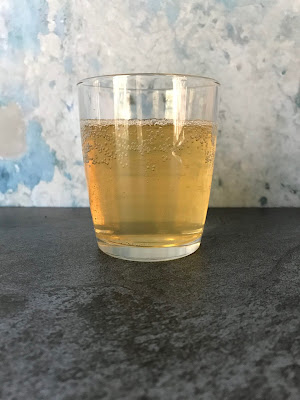 I used it in drinks, mostly mixing it with ginger ale. I could definitely taste the syrup, and it was pleasant, but it’s very hard to describe that taste! Even when I tasted it on its own, the syrup didn’t have the taste I expected – to be fair, though, I’m thinking of the smell I associate with rose hips, and they may not necessarily taste quite like that.
To be honest, I’m not sure that I’ll bother making it again, at least not with so few rose hips, but I’m glad I made something with them for once.
Posted by Amélie at 8:01 PM