I’ve been trying to knit through my stash again, using up small amounts of yarn instead of buying more. I still have several sets of matching skeins that are earmarked for projects for myself, I just never get around to making them! I’m in a season where everyone is having babies and I knit for them more than for me. Speaking of which, we are expecting our second boy in two months, so I’ve been busy knitting for him, too! It’s hard to believe I haven’t said it here before, especially considering that it has affected how often I blog (you’ll notice there were fewer posts than usual last fall, and that’s because I was just too tired to do much of anything productive!).

I started by making another Stela Pixie Hat with the rest of my fuchsia Debbie Bliss Baby Cashmerino – the hardest part was figuring out how many stitches to cast on in order to use up all of it, but it paid off. (This was for a friend from the Little Prince’s swim class.) 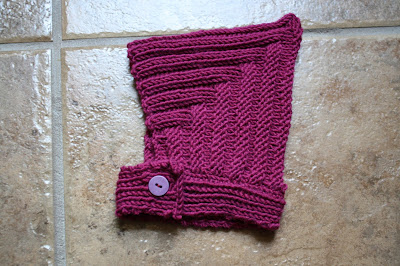 Then I focused on the Little Prince’s Halloween costume – appropriately enough, the Little Prince. I got the clothes from Primary (bonus – he can wear them again!). I was planning on getting a red bow tie and red belt, but Primary was out of the proper shade of green for a polo shirt. So I got a collarless t-shirt and went with a yellow pashmina instead. As for where the knitting comes in: I knit the Intrepid Fox pattern, for which I bought a yarn kit directly from the pattern creator (that way, I could complete it with very little yarn left over to feed the stash). I used glow-in-the-dark safety eyes because they reminded me a bit of the glow-in-the-dark paint used on the toy fox in the movie. It took some patience to knit those little legs in the round, but I love the result! Below are pictures of the fox, as well as one of the Little Prince in costume (with his face replaced with the character’s face from the movie – that wasn’t actually part of the costume, we’re just keeping his face off the blog!). 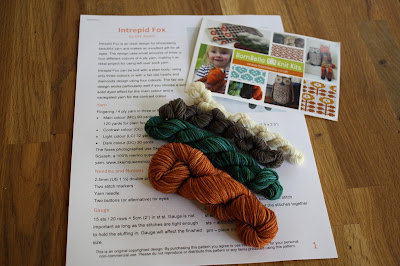 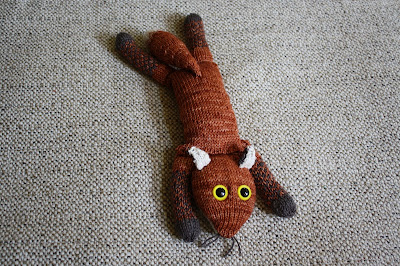 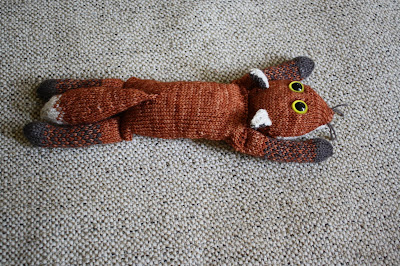 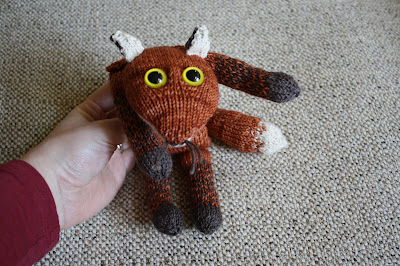 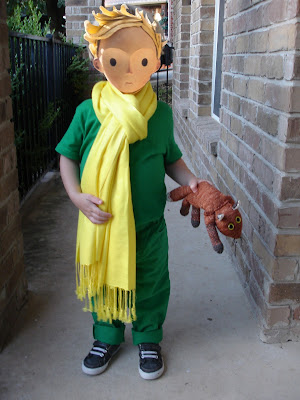 Since I still had a bit more than a skein of light gray Shibui Maai left, I decided to make a hat with it. (I just love this soft, squishy yarn!) I wanted it to be a large baby hat, so I settled on adapting the pattern for Hurricane Hat, also called Spiral Hat by other sources. It came out bigger than I expected, though, so maybe more like a large child’s hat… 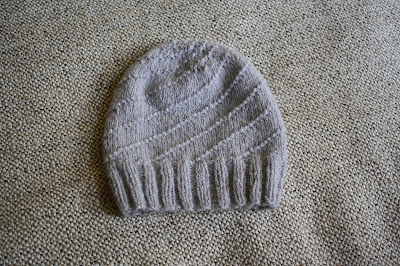 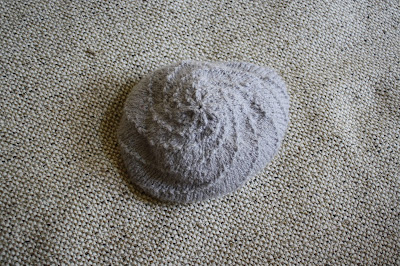 I still had so much of that yarn left that I ended up making Rye, a pair of fingerless mittens that is coming in very handy (no pun intended) these days, when I have to go out in near-freezing temperatures. 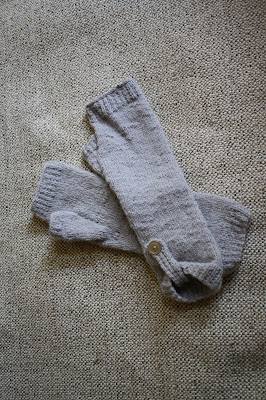 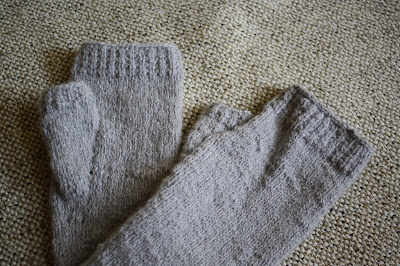 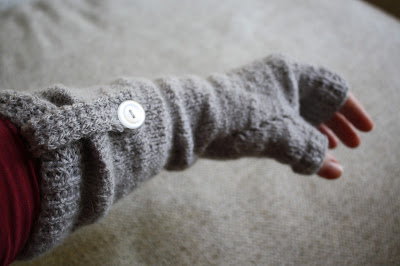 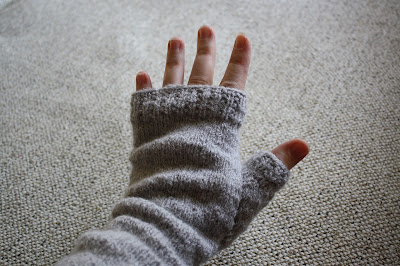 After that, it was back to knitting for Baby 2 (for whom I still have to find a good nickname on this blog). I made the Temari sweater, which I’d had my eye on for a long time. It looks a bit like a kimono and I figured it would look unisex in blue. Since I already know I love Debbie Bliss Baby Cashmerino, I got some of that in Duck Egg (so I did have to buy yarn for this, but I *really* wanted to make that pattern!). I used a button from my stash because it matched the color so well. My complaint about this is that where I joined the two sleeve pieces, the joint is visible in the back – this is probably because I knit double-stranded instead of weaving in the ends later. I’m willing to live with it, but I’d do it differently next time! This took me 5 skeins (down to the last yards) and should be big enough for a 9-month-old baby. I had some yarn left, so I threw in a Beehive hat (I know it looks big, but we all have big heads in the family; the Little Prince remains in the 100th percentile, and according to my records, this is the size he would have needed at 9 months, when I plan on using this for Baby 2, so there you go). I have less than a skein left. 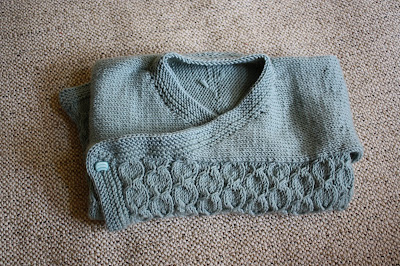 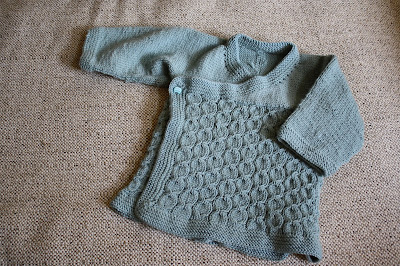 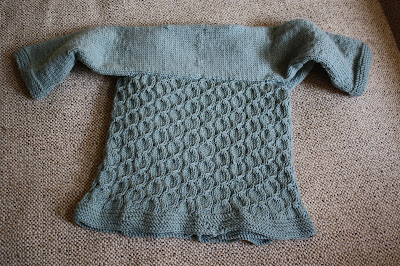 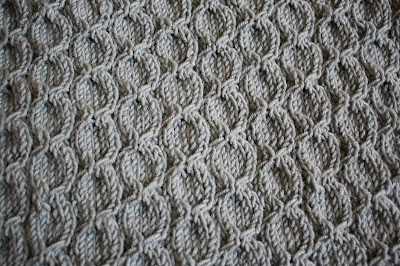 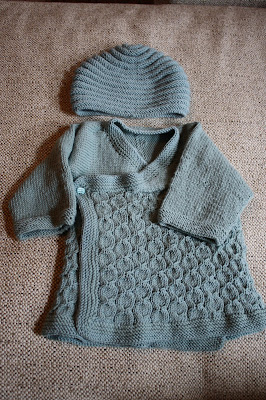 Then there was the (ongoing) saga of the grey Debbie Bliss Rialto Lace, but I’ll leave that for the next post in the series!