It’s time like these I’m grateful to have a grocery store with a bulk section. This Bon Appétit recipe calls for ½ cup of white sesame seeds; if I were still stuck buying them in little glass jars, I could easily have spent $10 on them. But in the bulk section, ½ cup came out to a grand total of $0.38! If you don’t have stores that offer sesame seeds in the bulk section, you should know that Bob’s Red Mill makes them at comparable prices (I found some at about $6.50/lb online; as sesame seeds can go rancid, though, consider freezing the extra if you have a lot).

This bread was pretty easy to make, and while it was delicious warm, I found that it dried out pretty quickly. I served them with a creamy vegan onion soup.

Knead on medium speed until dough is soft and smooth, about 5 minutes. Form dough into a ball; transfer to a large, lightly oiled bowl. Cover and let rise until doubled in size, about 1 hour.

Meanwhile, combine scallions and cilantro in a food processor and pulse to finely chop. Transfer mixture to a medium bowl; stir in all sesame seeds and 3 Tbsp olive oil and set aside. 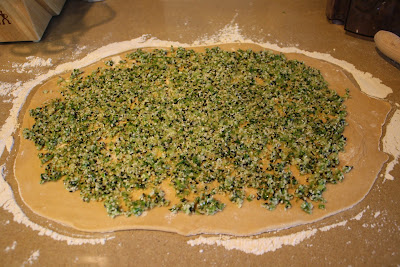 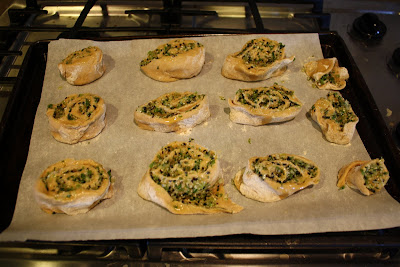 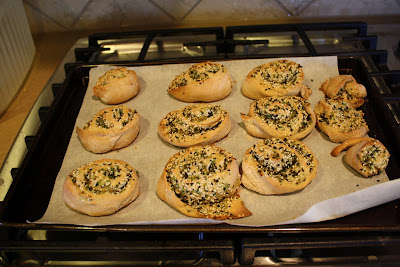