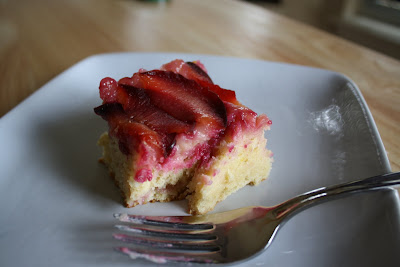 I have a lot of recipes bookmarked to try, and I usually have a pretty good idea of what types of recipes they are, classified by main ingredient. I know I have a lot with peaches and apricots, for example, so I am eagerly awaiting the right season to get started on those. In the meantime, since plums are back in the produce section and since I now have no problem with yeasted dough, I decided to make this yeasted plum cake (to make a dent in my plum recipes to try). It turned out to be pretty easy, as the hands-on time is minimal. It was also delicious, and the perfect way to start off plum season.

I arranged the plums pretty tightly on the cake, but you could use fewer slices, as the original Smitten Kitchen recipe illustrates. We got 9 servings. It’s best eaten within a few days, which shouldn’t be a problem because it’s good for dessert, but also as a snack or as breakfast.

Stir together yeast and warm water in mixer bowl and let stand until foamy, about five minutes. (If mixture doesn’t foam, start over with new yeast.)

Add two cups flour, 2/3 cup sugar, salt, yogurt, egg, zest, and vanilla to yeast mixture and mix at medium-low speed 1 minute. Beat in one stick of the margarine, one tablespoon at a time, until incorporated. Beat at medium speed until dough is smooth and shiny, about five minutes. (Dough will be very sticky.) Scrape down side of bowl and sprinkle dough with remaining two tablespoons flour. Cover bowl loosely with a kitchen towel or plastic wrap and let dough rise in a draft-free place at warm room temperature until doubled, 1 ½ to 2 hours (I do this by putting the bowl in the microwave oven and leaving the door slightly ajar).

Spread remaining 2 Tbsp margarine in bottom of an 8- or 9-inch square baking pan and sprinkle with remaining 1/3 cup sugar (I’m not 100% sure I added the remaining sugar, but if your plums are still firm, do use it). Cut each plum half into five or six slices and arrange in one layer in pan. 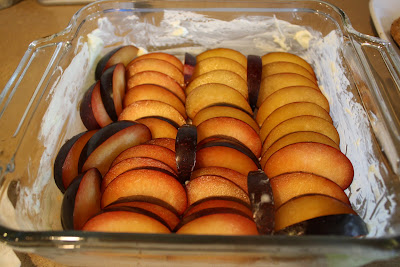 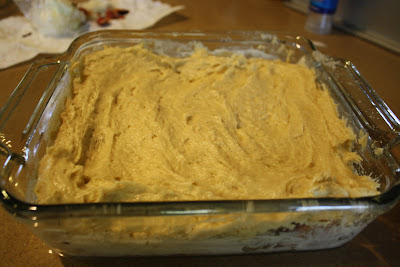 Stir dough until flour is incorporated, then spread evenly over plums. Loosely cover with buttered plastic wrap, then kitchen towel. Let rise in a draft-free place at warm room temperature until almost doubled, about 1 ½ hours. 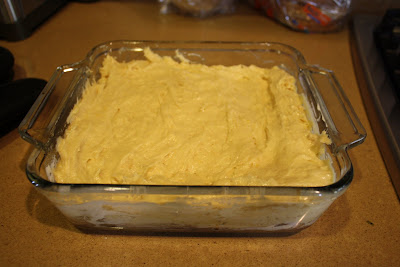 Preheat oven to 375 °F with rack in middle. Bake until kuchen is golden-brown and a wooden pick inserted into center comes out clean, 30 to 35 minutes. Cool in pan five minutes, then invert and unmold onto a rack to cool completely. 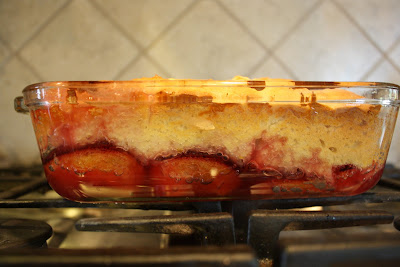 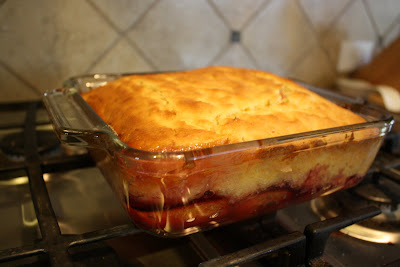 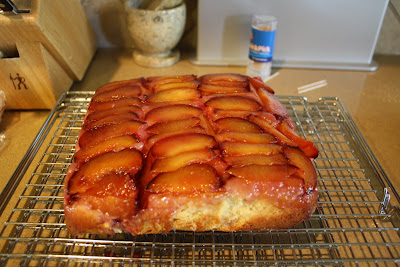 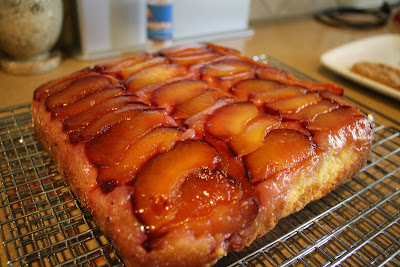 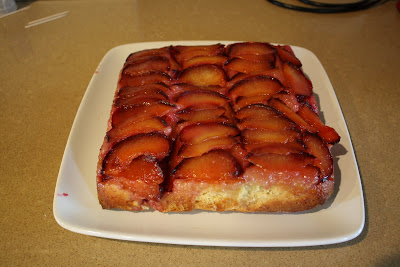 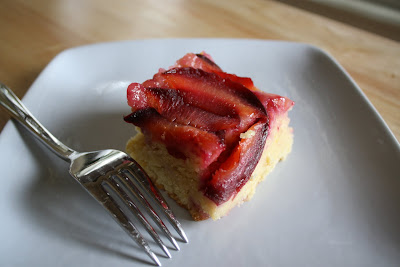