The Engineer finished the chapter on pastries in Baking Illustrated. There were cheese straws that were almost lactose-free, and those were a big hit. Another variation included sugar almond straws, but they weren’t as addictive as the cheese straws. 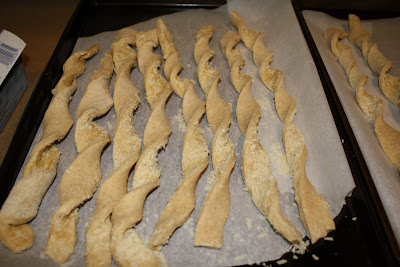 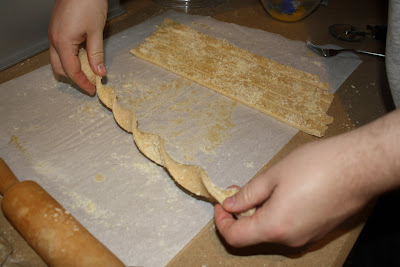 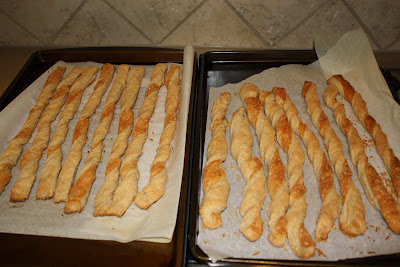 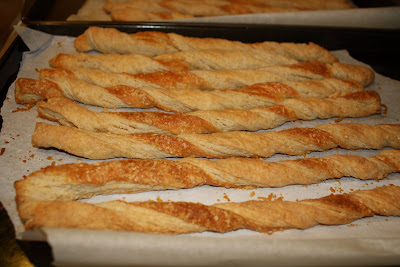 He made palmiers, too, and the center was flavoured with cinnamon (I’d never eaten them like that before). 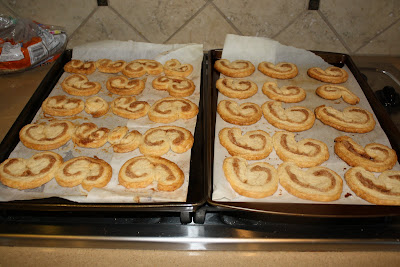 The Engineer also made apple turnovers that were the best we’d ever had. The secret, apparently, is to grate the apples. That way, you don’t end up with a filling with the consistency of applesauce, but you also don’t end up with uncooked chunks of apple impeding your bite. Grating really is the way to go here. Half a dozen of these were part of the “payment” for our shooting lesson (the whole barter system is underrated). 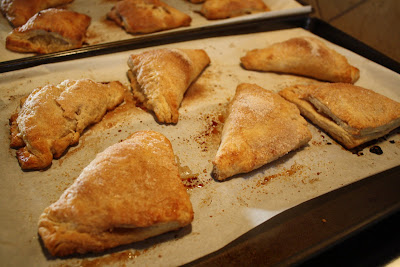 Finally, there were napoleons, which differ from millefeuilles mainly in their topping: here, it’s a chocolate ganache with streaks of vanilla ganache, as opposed to the white layer with brown stripes of the more commonly-known pastry. They were absolutely fantastic, with the inner layer remaining crispy while the pastry cream was perfectly soft. 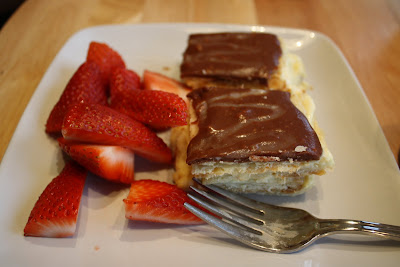 The next chapter will focus on fruit desserts like crisps, pandowdies and cobblers. A lot of those are baked with apples, and some with frozen fruit like blueberries, so we should be able to avoid another dry spell like the one created by the peach pie in November of 2009.
Posted by Amélie at 1:43 PM