The Engineer and I have pretty much completed the “chore” aspect of gardening; now it’s mostly maintenance, though that can be a chore too. The plants are looking much better with this weather. The viburnum bloomed, the Chinese fringe flower’s leaves went from green to red (and the dead bush in the front flowerbed wasn’t dead after all), the nandinas’ leaves went from red to green, and the crape myrtle finally has leaves. 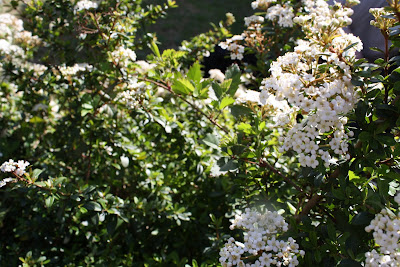 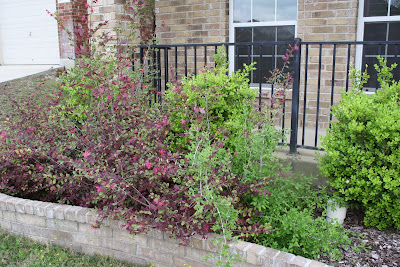 The plant near the front door is growing and blooming, and I believe the hibiscus is sprouting again. 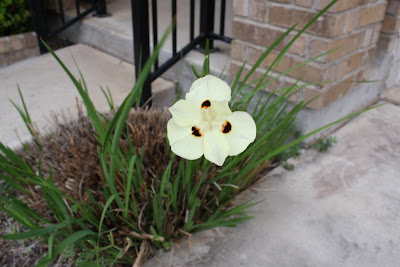 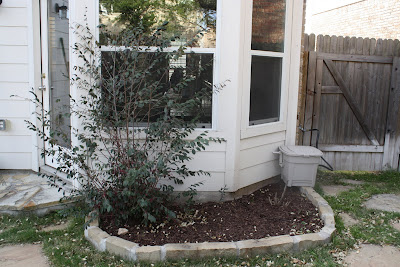 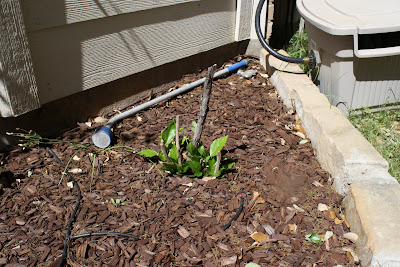 The lizards have come out of hiding, too: here’s a Texas spiny lizard, followed by a little green gecko that I adore. 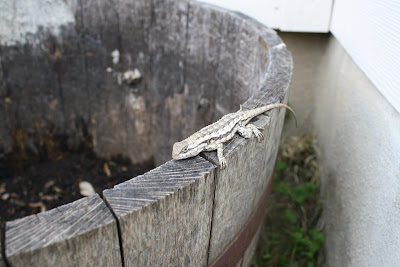 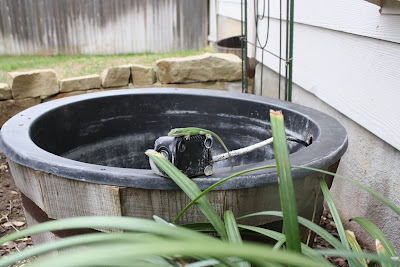 I had started some seedlings indoors, but they haven’t fared well. They alternated between too much water and not enough, and when I planted them outside in frustration, it was too soon. I’ll try my hand at it again next spring, when I have more patience, but I might take a shortcut and plant actual plants later this month or in the fall. I did clear out the area where I wanted to plant the herbs, since without mulch it had been overrun by clover in the past two months. There’s another plant growing in there, but I don’t know what. I first thought it could be something like green onion, but the flower is totally different. 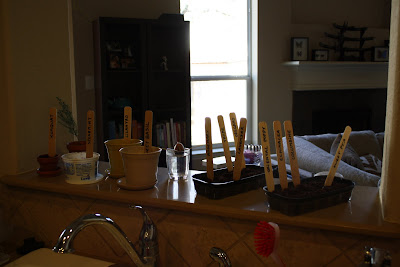 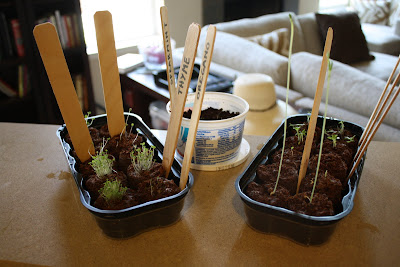 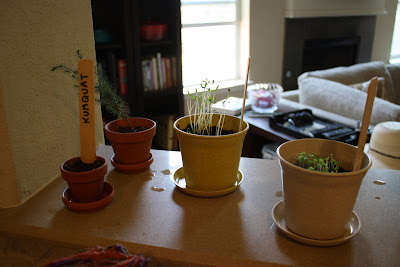 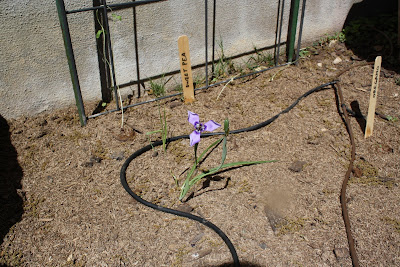 We bought two plants that I’m thrilled to have, since this climate allows it: a Meyer lemon tree and a Key lime tree. Well, they’re both dwarf varieties, and they probably won’t bear fruit this year, but still. There they are! We put them in a spot where we had to remove a dead bush. 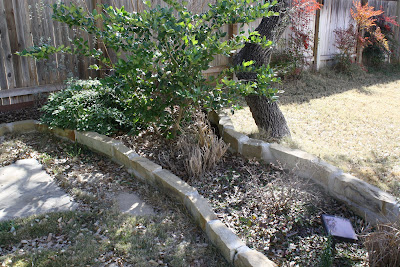 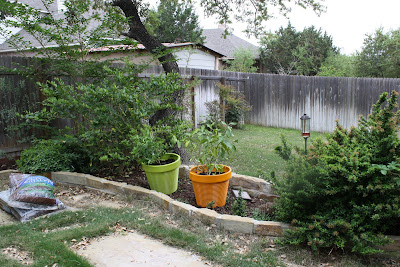 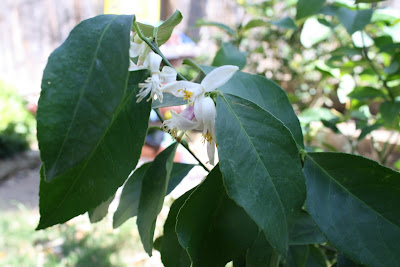 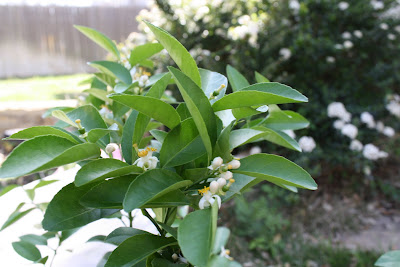 The roses are in full bloom. We have a small Carefree Spirit bush (the tall one in the back), and a big Radrazz bush that, if anything, currently has too many blooms! I cut some from a branch that was bent under their weight, so I had a little bouquet to put on the table. 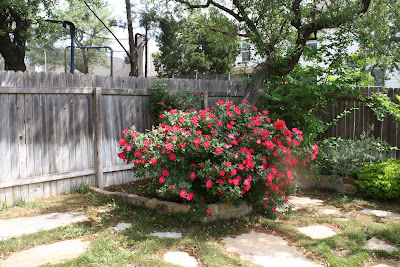 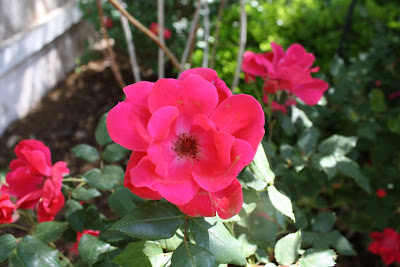 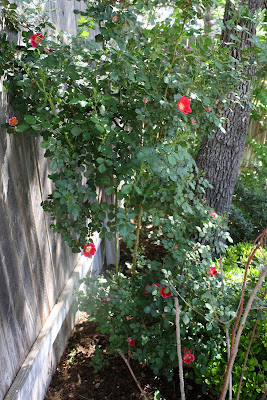 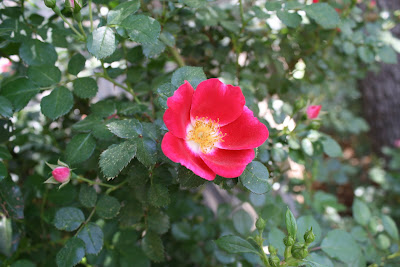 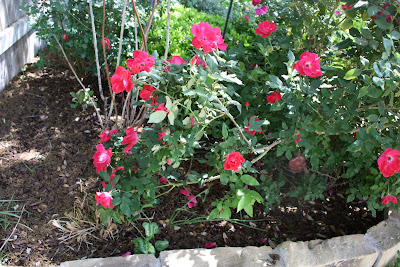 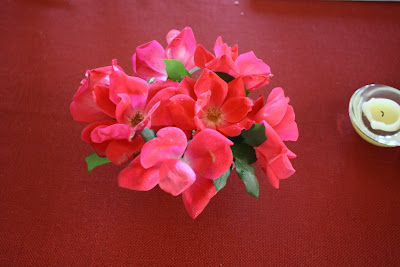 Now I’ll go out and water the plants a bit, since it’s going to be really hot today and tomorrow.
Posted by Amélie at 11:28 AM