Somehow I always seem to be running a month behind in getting a post online… A little more than a month, in this case, but maybe I can get bonus points for putting this up before the end of the year? For this year’s Thanksgiving menu, I decided to do some repeats from last year, namely the caramelized onion and bacon gravy, the sautéed pears with bacon and mustard dressing, and the cranberry sauce with oranges and ginger. I also took some shortcuts and bought a rôtisserie chicken and cornbread dressing instead of making my own. That being said, the list might be harder to narrow down next year, because this year’s additions were winners as well! I made a cheddar-chive potato soufflé, some rosemary sea salt sweet potato rolls, and a sweet potato-miso pie with chocolate-sesame crust. And then I made myself a fancy drink with sparkling white grape juice, orange juice and grenadine, because why not. 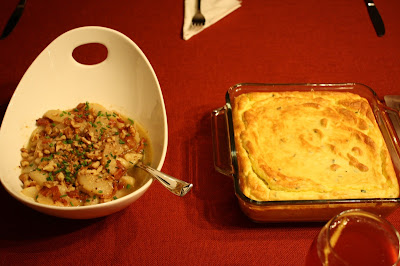 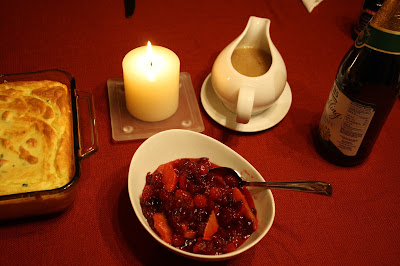 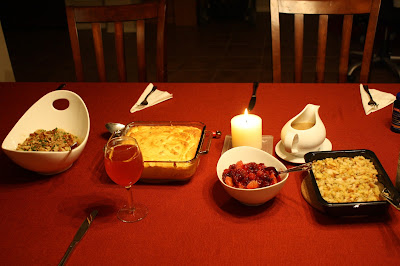 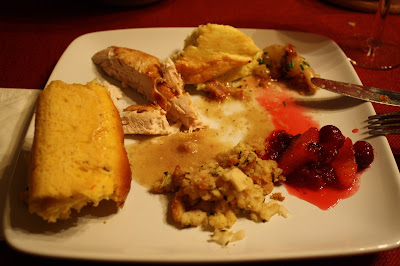 To give you a timeline, you can start the rolls in the morning and they’ll be ready by early afternoon, as will the pie; the potato soufflé can be made ahead and reheated if need be. I made only a few changes: for the potatoes, I felt like 1 pound really wasn’t enough to make 8 servings, let alone fill my serving dish, so I decided to use 2 pounds of potatoes and left the rest of the ingredients with the same amounts (using coconut milk instead of cream) – they turned out great! As for the pie, I actually couldn’t find any chocolate wafer cookies (can you believe that?), so I substituted a (4.86-oz.) box of low-calorie Oreo thin crisp snacks – less than ideal, but it was all I could do short of buying Oreos and scraping off the frosting... And I baked the pie 2 gorram hours instead of 50 to 60 minutes, because it was only supposed to “still wobble slightly in the very center.” After that amount of time, it was still wobblier than described, but I also didn’t want burnt pie, so I took it out. Once cooled, it had just the right consistency. Also, I made my own sweet potato purée, since the pie recipe specifically said to use homemade instead of canned, and since I needed it for the rolls anyway. It came out beautifully! I just roasted the sweet potatoes in the oven at 425 °F for an hour, then puréed the flesh with my food processor. This can be done a day ahead without any problem. I also made both the cranberry sauce and the gravy a day ahead. 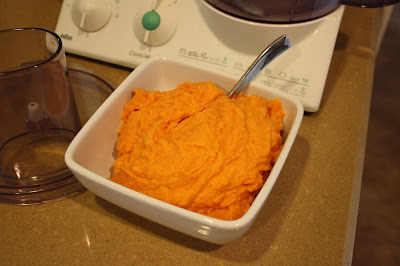 For the honey butter topping
¼ cup butter, at room temperature (I decided to use only 2 Tbsp. margarine instead)
2 Tbsp. honey
sea salt
minced rosemary

In a small bowl or measuring cup, combine milk and water. Heat in microwave until the temperature reaches between 102 and 110 °F. Stir in 1 teaspoon sugar to the mixture, and add in yeast. Gently mix yeast, and set aside to proof about five minutes.

With a stand mixer fitted with the dough hook attachment, add in remaining ingredients, and begin to mix until combined. Slowly pour in the yeast mixture, and allow to incorporate. Mix until the ingredients are smooth – the dough will pull away from the sides of the bowl, but still stick to the bottom.

Roll the dough out onto a lightly floured surface. Knead the dough until it becomes a smooth, uniform ball. Place into a lightly greased bowl, cover with plastic wrap, and place in a warm place for about 1 hour, or until the dough doubles in size.

Grease a 9”x13” baking dish and line the bottom with parchment paper. Roll dough out onto lightly floured surface and cut into 16-20 equal pieces. Roll each piece into a small ball and place seam side down in the prepared baking dish. Cover and let the dough rise another hour.

In a small dish, mix together butter and 2 tablespoons honey until smooth. Brush tops of baked rolls with mixture, sprinkle sea salt and additional minced rosemary on top. Allow to cool slightly. These rolls are good both warm and at room temperature. 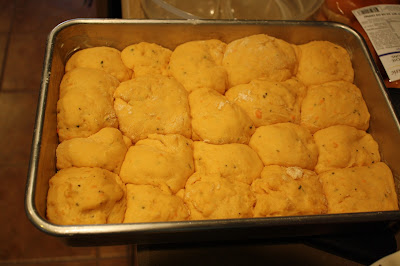 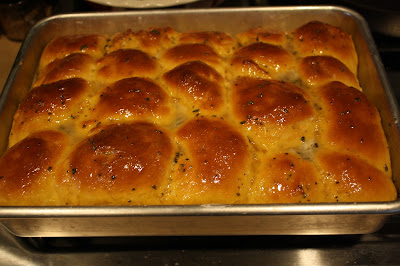 Preheat oven to 375 °F. Grease an 8-inch square baking dish with the butter; sprinkle the bottom and sides with the parmesan. Set aside.

Place the potatoes in a large pot with salted water to cover and bring to a boil over high heat. Reduce heat to medium-low and simmer until tender, about 12 minutes. Drain and place in a large bowl with the milk. Mash with a potato masher until almost smooth; cool 10 minutes. Whisk (or mash) in the cream, cheddar, egg yolks, chives, salt, and pepper.

Place the egg whites in the bowl of an electric mixer fitted with a whisk attachment. Beat on medium until the whites are glossy and stiff, 4 to 5 minutes. Stir a third of the beaten whites into the potato mixture. Fold in the remaining whites just until incorporated. Transfer to the prepared baking dish and bake until golden brown and puffy, about 30 minutes. 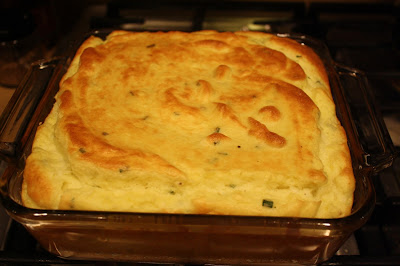 For the sesame crust
Heat butter and brown sugar in a small saucepan, stirring to dissolve sugar, until butter is melted.
Meanwhile, very finely grind sesame seeds in spice mill or with mortar and pestle. Pulse cookies in a food processor until finely ground.

Pour butter mixture into food processor; add salt and ground sesame and pulse to combine. Using a measuring cup, press cookie mixture firmly onto bottom and up the sides of a 9" pie dish. Freeze until very cold, 20–25 minutes.

Preheat oven to 350 °F. Bake crust until firm and slightly darkened in color, 15–18 minutes. If crust slides down sides, gently press back up. Let cool.

For the filling
Preheat oven to 350 °F. Roast sweet potatoes on a foil-lined rimmed baking sheet until tender, 50–60 minutes (I roasted mine at 425 °F for the same amount of time). Slice open lengthwise and let cool. Scoop out flesh from skins (you should have about 1 cup); pulse in food processor until very smooth. Discard skins.

Whisk brown sugar, butter, and miso in a medium bowl until smooth. Add egg yolks and egg and whisk just to incorporate. Whisk in sweet potato purée, then cream.

Reduce oven temperature to 300 °F. Pour filling into crust. Bake pie, rotating halfway through, until filling is set (it will still wobble slightly in the very center), 50–60 minutes (this took 2 hours for me – see note above). Transfer dish to a wire rack and let pie cool before slicing, about 2 hours. 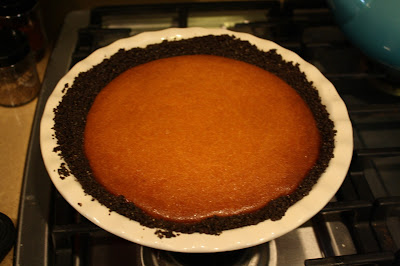 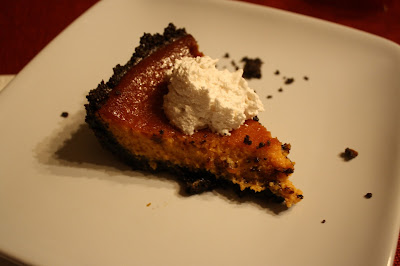 This was like the Greatest Hits album of Thanksgiving meals. All killer, no filler. Now just put it on infinite repeat each year (maybe with a new bonus track or two) and we're all set.