I’m not sure where this recipe originated. I got it in a promotional magazine in English, then later saw it in Coup de Pouce (I guess they don’t develop all their own recipes after all!). Here’s a link to it in Better Homes and Gardens. I made this because not only did it look good, but I thought the Little Prince would be into it given that he likes reading so much… I was wrong on that second count, he didn’t like the soup (even when I gave him very little broth and mostly pasta shapes). The soup itself was great, however, pairing leeks and green onions with lemon and basil, so here’s the recipe. Note that I couldn’t actually find alphabet pasta in stores, so I ordered it online – you could substitute acini de pepe or Israeli couscous. I served it with cheese toast (I eyeballed the amounts, really) and lactose-free sour cream.

Top slices of sourdough bread with fontina cheese. Arrange on a baking sheet. Broil 3 to 4 inches from the heat for 1 to 2 minutes or until cheese is melted. Top soup with bread slices and serve with lactose-free sour cream. 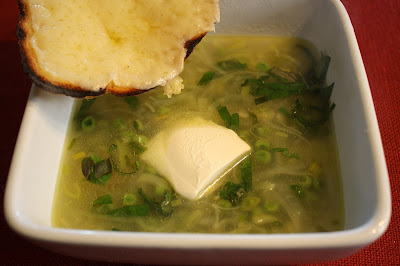 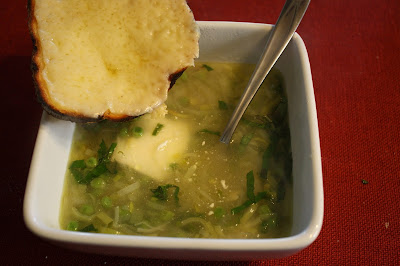