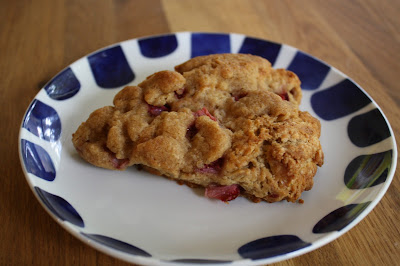 I got this recipe from The Kitchn. I had originally meant to make it some time when I had access to strawberries in season, and while I’m sure that that is when it would be at its best, grocery store strawberries did the trick here. Note that I used white whole wheat flour instead of white flour, and these turned out great! I think these would work well with other fruit, too.

Combine the flour, sugar, baking powder, baking soda, and salt in a medium mixing bowl. Dice the butter into small cubes and toss with the flour mixture. Work the butter into the flour with a fork or pastry cutter until it looks like coarse bread crumbs.

Transfer the dough to a baking sheet lined with parchment or Silpat. Shape it into a disk roughly 1-inch thick. (Or divide the dough and shape into two small disks to make small-sized scones.) Refrigerate for at least 1 hour, or cover and refrigerate overnight.

A half hour before baking, heat the oven to 400 °F. Combine the flour and brown sugar for the topping, and then work in the butter using a fork until it becomes a smooth paste.

Remove the scones from the refrigerator. Crumble the topping evenly over the surface of the scones. Use a bench scraper or pizza wheel to slice the disk into 8 equal-sized wedges. Reposition the wedges on the baking sheet to put a few inches of space between each scone.

Bake for 18-20 minutes until the scones are firm on the sides and golden-brown on the top. Let the scones cool on the baking sheet for 5 minutes and then transfer them to a wire rack to finish cooling.
These scones are best on the day that they're made. (If you're planning on keeping them for several days, you can skip the topping – which will absorb moisture and might get mushy – and instead spread the tops with soft butter and a sprinkle of brown sugar just before eating. That being said, I used the topping on mine before baking them, and I still liked them after a few days, so don’t sweat it too much.) 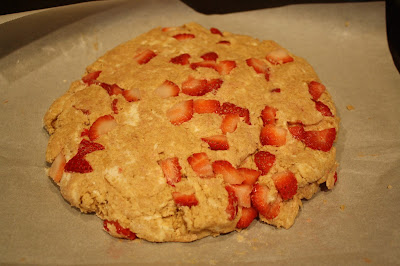 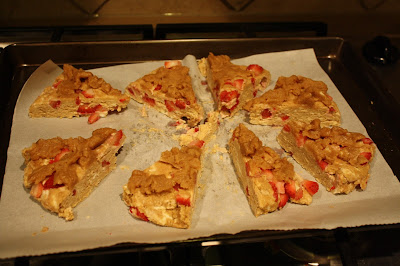 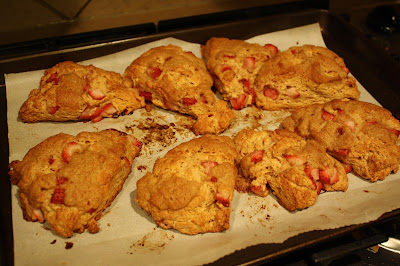 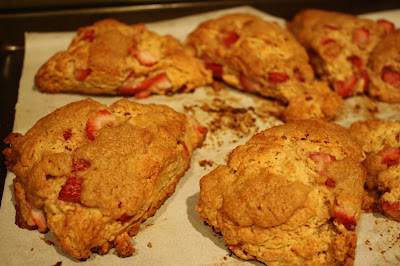 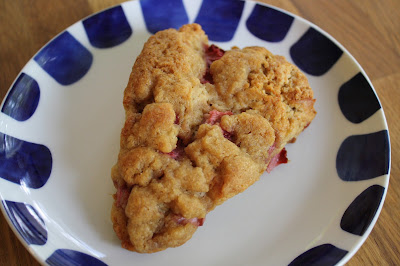 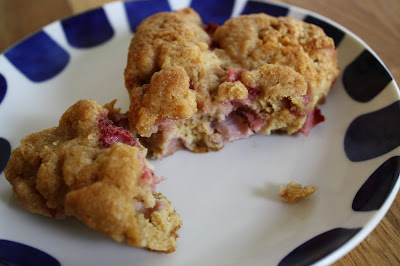