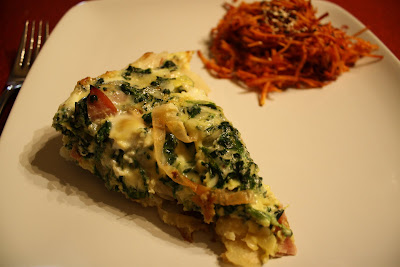 This recipe is from Real Simple. I usually don’t like too much cooked spinach, but this had just the right amount; it blended in nicely with the other ingredients, and the whole dish was really satisfying. A word of advice: don’t be a hero. Use the slicer blade on your food processor to slice the potatoes and the shredding disc to grate the cheese! If you do that, the frittata is really easy to make, and it’s also a low-calorie dish. I served it with a carrot salad, but it would be fine on its own, too.

Heat oven to 400 °F. Heat 2 Tbsp of the oil in a large ovenproof nonstick skillet over medium heat. Add the potatoes and onion and cook, tossing occasionally, until the potatoes are tender, 12 to 15 minutes.

Meanwhile, in a large bowl, whisk together the eggs, ½ teaspoon salt, and ¼ teaspoon pepper. Mix in the spinach, cheddar, and ham.

Add the egg mixture to the skillet, stir once, and transfer the skillet to oven. Cook until the eggs are set, 12 to 14 minutes. 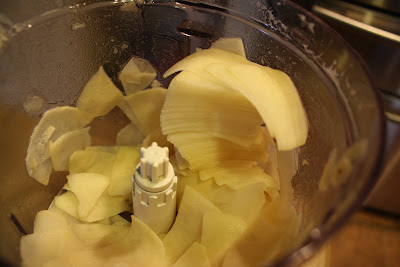 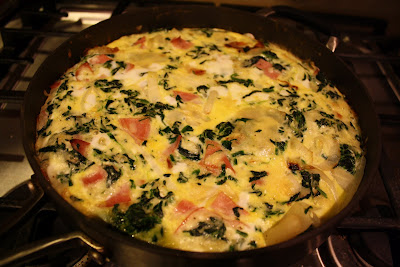