When we were in Montreal over the holidays, our friend the Actor made a pan of baked oatmeal to which he added chocolate chips. When I asked about the recipe, our friend Jen gave it to me – it was originally baked oatmeal with dried cherries (which sound great with the almond extract in there, admittedly) and the Actor just used chocolate chips instead. I made this recipe several times, tinkering with it, since all I have are rolled oats, not quick oats. I’ve got two versions to share with you, but only one which I’ll write down below. 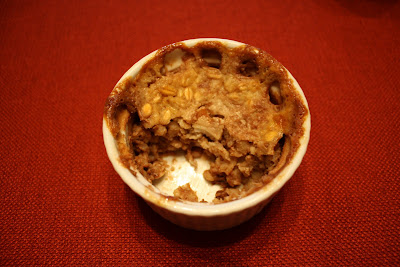 If you want to make oatmeal that is still slightly mushy, then follow the recipe at the link above, simply using chocolate chips instead of cherries, rolled oats instead of quick oats, and a greased 8-inch square baking dish instead of ramekins (phew!), then increase the baking time to about 50 to 60 minutes. I also cut the amount of chocolate chips to ¼ cup with success, but for some reason I forgot about that and made the last few batches with the full amount, so that’s what the pictures show. On occasion, I used miniature chips, though they tend to melt more completely into the oatmeal than regular-sized chips (this can be a pro or a con, depending on your point of view). 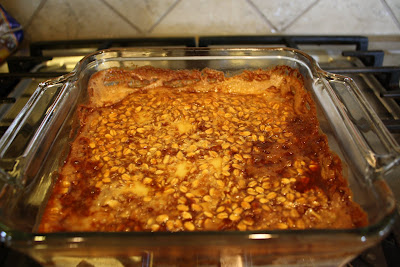 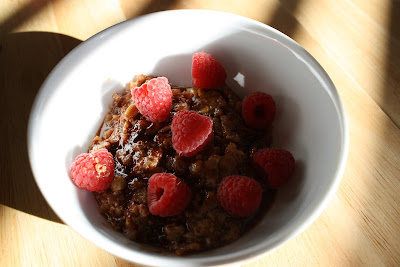 Otherwise, here’s a version where the oats are a bit drier (though still wonderfully soft when warm) and with a bit less sugar. I’m really enjoying eating this for breakfast, and I may even get around to making it with the dried cherries. But until then, this is perfect!

Combine chocolate chips, oats, sugar and salt in a medium bowl. Stir in milk, egg and almond extract. Divide mixture evenly between ramekins and place them on a baking sheet lined with tin foil or parchment paper.

Bake 30 to 40 minutes or until centers are still slightly soft. Serve warm. 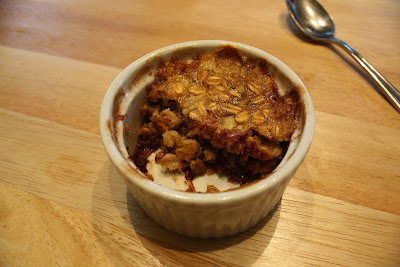