My Warm Apple Cobbler with Miso 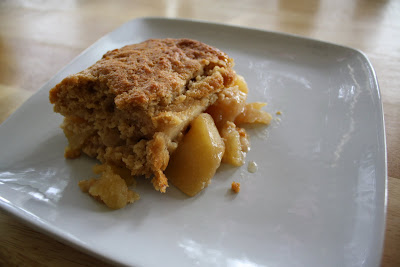 Normally, when the Engineer and I have dinner guests, that’s not the night I’ll be trying out a new recipe for the first time. There’s always the slight possibility it’ll fail, and then you’re left with a mess on your hands instead of dinner. Last winter, though, we invited one of the Engineer’s colleagues and his wife over for dinner, and I decided to make this apple cobbler from Bon Appétit, because it looked so warm and homey, yet had a “secret” ingredient: miso. I had never seen miso in a sweet recipe before, so I was intrigued. When I served the cobbler, though, I was disappointed, because the wedges of apples were undercooked, yet the topping was already a little too brown. That being said, I just loved the topping itself, as the miso gave it a discreet umami flavor, which was more of a je-ne-sais-quoi that anything one would pick out. So I decided to keep the recipe and tinker with it. 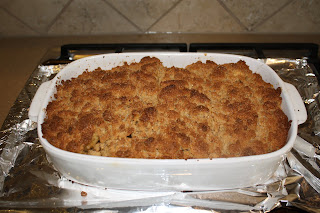 Then, Molly Wizenberg posted the recipe for Nigel Slater’s apple crumble on Orangette, titling it “This one does something interesting”. Indeed it does: the apples are cooked on the stovetop before being added to the baking dish, topped and put in the oven. So I decided to create a hybrid dessert, with Mr. Slater’s method for the apple filling and Bon Appétit’s miso topping, along with nutmeg instead of cinnamon for the apple filling, and a reduced baking time. It was much better, but I must admit that I never did achieve the beautiful golden, dough-y crust in the magazine photo. Interestingly, the Bon Appétit recipe does say it’s a streusel topping, which is technically what I got, but the picture makes it look almost like cake dough with a crispy top, like a cobbler. But really, the nice golden cobbler is what I wanted in the first place.

So then I fiddled with the topping ingredients for a while, adapting them from one recipe only to end up with a failure, and finally finding the right one: the basic recipe from À Bon Verre, Bonne Table for their spiced rhubarb cobbler (also delicious, btw). I added the interesting ingredients from the original recipe (ground ginger, cinnamon, and the white miso). Success! It was delicious, and the Engineer even had seconds.

So here we are: MY warm apple cobbler with miso topping, adapted and perfected from various sources. I scaled down the recipe to make a small cobbler in an 8-inch square baking dish; you can just double it and make it in a large oval or rectangular dish. For the apples, I recommend a mixture, ideally some that will hold their shape and some that will fall apart. The Bon Appétit recipe recommends Granny Smith and Fuji; I used four Braeburns the second time, and I even threw in a pear once, but last time (the final, winning batch), I used two Fuji apples and two Jonagold.

For the apple filling
4 medium apples, peeled, cored and cut into 1-inch chunks
juice and zest of a lemon
1/3 cup sugar (or ¼ cup, if your apples are sweet and you reduce the amount of lemon juice a bit)
1 tsp vanilla extract
¼ tsp nutmeg
2 Tbsp unsalted butter or margarine

Peel and core the apples, cut them into rough 1-inch chunks, and toss them with the juice and zest of the lemon, the sugar, the vanilla and the nutmeg.

Warm a skillet over medium-high heat. Add the butter, and when it stops foaming, dump in the apples and their juices. Nudge the apples around so that they lie in a single layer, and then leave them alone for a while. The juices will thicken to a syrup that coats the fruit, and the fruit should get golden in patches. Stir gently once or twice, cooking until the apples have a little color. (This may take longer than you’d expect.) They should smell sensational.

Turn the apples and any caramelly juices out of the skillet into the greased baking dish. If there are any sticky bits left in the skillet, add a squeeze of lemon juice and/or a splash of water, and stir until they dissolve. Add to the apples.

Combine melted butter, miso and milk. Whisk the egg into the milk mixture and pour on the flour mixture. Mix only until not streaks remain – the batter will look like thick pancake batter.

Pour spoonfuls of the batter on the apples, leaving small spaces between each spoonful for the batter to expand.

Bake for 30 to 35 minutes, until a toothpick inserted in the topping comes out clean. Serve warm. 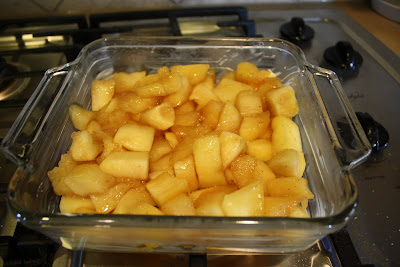 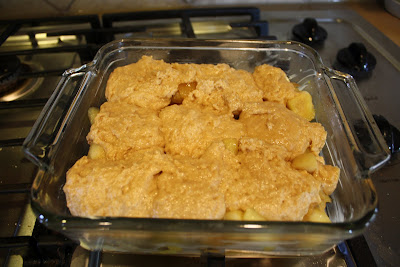 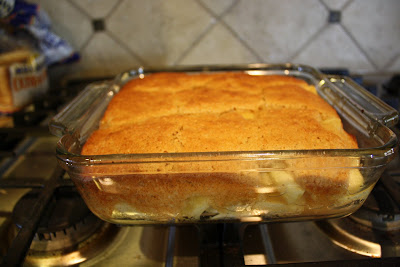 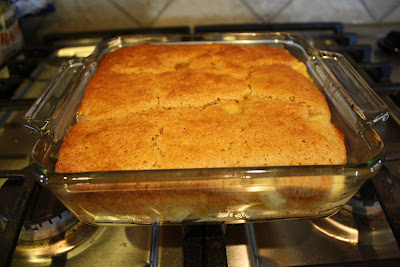 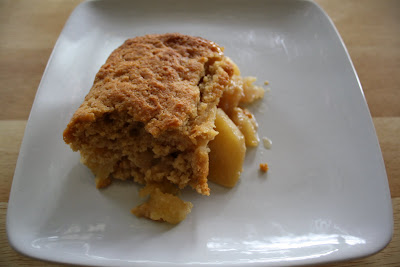