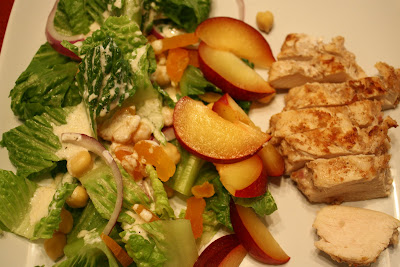 This recipe from Real Simple attracted me because it was a full, healthy meal all on one plate. I did have some doubts as I was making the chicken, though, because the recipe seemed somewhat Greek-inspired to me, what with the red onion, garlic, red wine vinegar and plain Greek yogurt, but then it calls for garam masala, a spice that I associate with Indian cooking. But I followed the recipe and let the chicken marinate all afternoon. And wouldn’t you know it, it was a huge hit. The chicken was moist and delicious, and the mix of spices was fantastic. The Engineer mentioned three or four times how much he liked it! I’ll definitely be making this again, and I might occasionally make just the marinated chicken and serve it with another side dish. Do try it, you won’t regret it!

In a blender, purée the chopped onion and the garlic with the garam masala, ½ cup of the yogurt, ¼ cup of the vinegar, ½ teaspoon salt, and ¼ teaspoon pepper. Transfer to a medium bowl, add the chicken, and turn to coat. Let marinate in the refrigerator for at least 1 hour and up to 1 day.

Heat 1 Tbsp of the oil in a large nonstick skillet over medium heat. Shake the excess marinade off the chicken. Cook the chicken until browned and cooked through, 6 to 7 minutes per side. Let rest for 5 minutes before slicing.

Meanwhile, in a large bowl, whisk together the remaining ¼ cup of yogurt, 2 Tbsp of vinegar, and 1 Tbsp of oil with 1 Tbsp water, ½ teaspoon salt, and ¼ teaspoon pepper. Add the lettuce, chickpeas, and sliced onion and toss to combine. Top with the chicken, apricots, and plum. 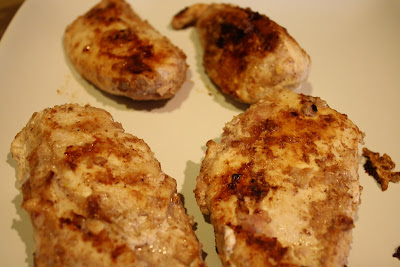 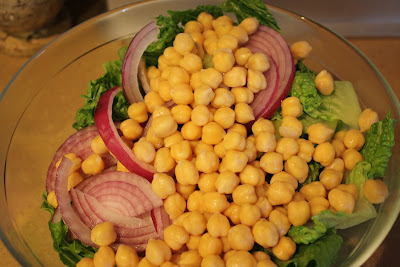 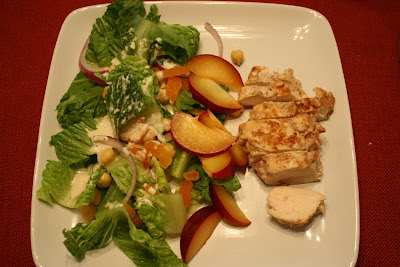 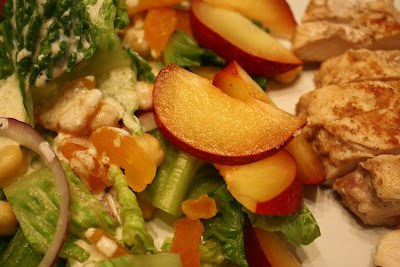