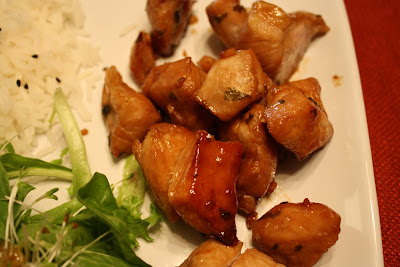 This is a recipe published in the June edition of Bon Appétit, courtesy of Susan Spicer, chef at Mondo in New Orleans. (I used less sriracha than she calls for, but that’s no big surprise.) She suggests marinating pork shoulder in it, but I had cubes of pork sirloin. I’m sure it would be great with pork chops or pork tenderloin as well! Vegans could also try tofu. I cooked the pork in a wok, then served it with rice with gomashio as well as a salad with miso dressing.

Combine all ingredients, then marinate your pork (or protein of choice) before cooking. 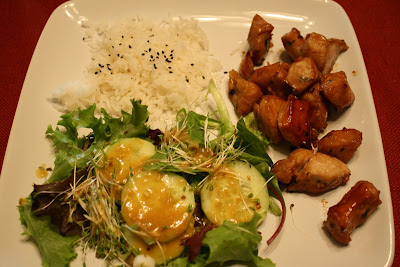