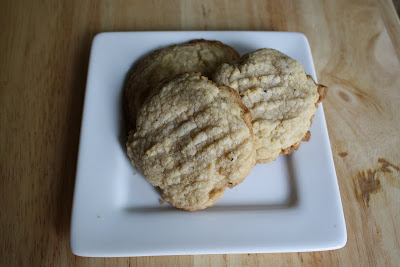 I’ve already posted a recipe for Earl Grey tea cookies, but this one is different. It’s an easier recipe, and it seems a little more versatile. I got it on Ezra Pound Cake, where they were presented as chai butter cookies. I made them lactose-free (so no butter) and I used some Numi organic tea. I absolutely loved the result, though next time I would use 2 bags of tea instead of one. Note also that I used Earth Balance shortening, which is non-hydrogenated. 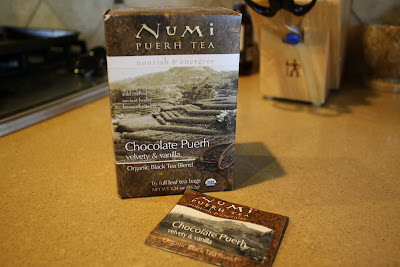 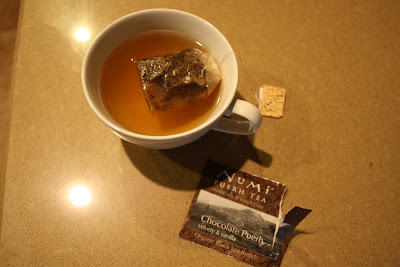 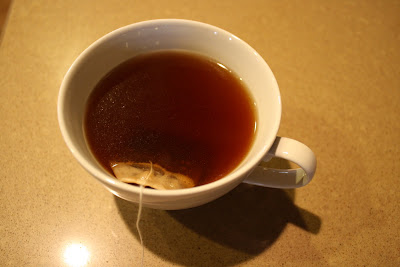 As you may know, I don’t actually like tea. But when I saw this package of Numi tea, more specifically a velvety chocolate tea that contains puerh, cocoa powder, vanilla beans, theo chocolate cocoa nibs, rooibos, orange peel, nutmeg and cinnamon, I decided that if ever I liked a kind of tea, that would be the one. It smells delicious! In the end, though, my verdict hasn’t changed: the reason I don’t like tea is that it tastes too bland to me. It’s like it lures you in with that beautiful color and fantastic aroma, then it lets you down with a watery taste. It’s like bait-and-switch. I don’t dislike tea, though, I just never seem to enjoy drinking it. Good thing I like it so much in baking! This recipe makes about 3 dozen cookies.

In a large bowl, sift the flour, tea, salt, baking soda and cream of tartar. Set aside.

In the bowl of a stand mixer fitted with the paddle attachment, cream the margarine and shortening on medium until light and fluffy, 3 to 5 minutes. Add the confectioners’ sugar, and beat on low speed until smooth. Add egg and vanilla, and beat on low until well combined.

Using an ice cream scoop, take some of the dough, and shape it into 1-inch balls. (Keep remaining dough in the refrigerator.) Place the dough balls on an ungreased cookie sheet lined with parchment paper or a silpat, and press with the tines of a fork to flatten. (If your dough starts getting sticky, dip the fork tines in a small dish of sugar before pressing. You can also use the bottom of a glass or the heel of your hand.) Bake until pale golden, but not brown, about 10 minutes. Cool slightly on the baking sheet on a rack. Transfer the cookies to a rack to cool. 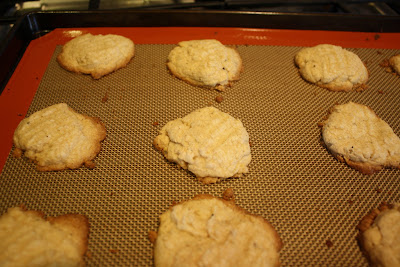 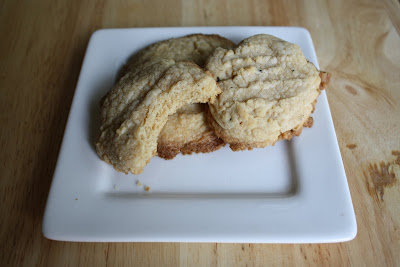 [Update, June 2013: I made these again, with the exact same recipe, and I’d like to draw your attention to how good they looked this time!] 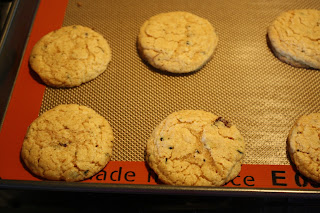 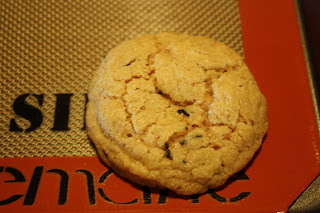