Alright, so you’ve seen my posts about David Leite’s chocolate chip cookie and David Lebovitz’s chocolate chip cookie. I loved them both, but which one was the best? I figured, since I had leftover frozen dough of both kinds, I could have a good old fashioned Texas showdown. So yesterday, I put two cookies of each kind in the fridge to have them thaw a bit. I then baked them separately at 350 °F, 15 minutes and 10 minutes respectively. I tasted one of each, and the Engineer did the same. Here’s what we thought, along with visual aids. 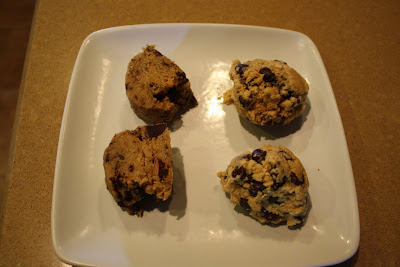 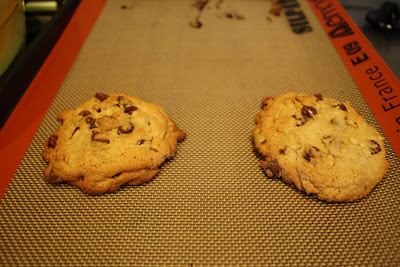 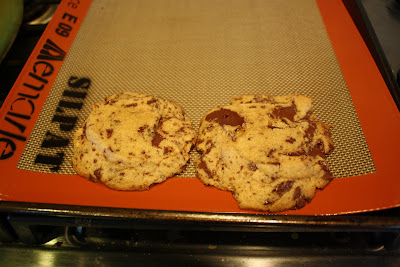 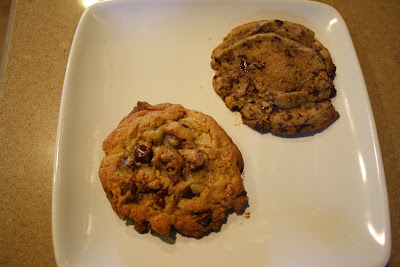 Side by side comparison: Leite’s on the left, Lebovitz’s on the right. 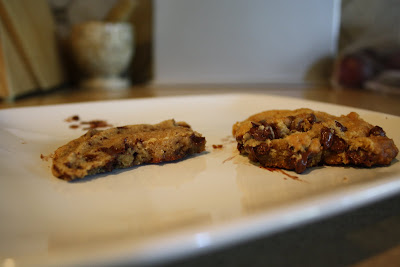 Transversal view: Lebovitz’s on the left, Leite’s on the right.

The Engineer: David Leite’s cookie has a better appearance, but there are pros and cons to each. David Lebovitz’s cookie is moister. It is slightly underbaked, but that can be a quality. There’s a lack of rise, but the flavours are superior. I also have a weak spot for the gooey chocolate mess produced by the chocolate chunks. However, David Leite’s cookie has a fantastic texture. I would love to combine the two! But if I had to pick only one, it would be David Lebovitz’s cookie. It does not have the sex appeal produced by the appearance of David Leite’s version, but it has bigger dollops of chocolate and tastes sweeter.

So there you have it. Depending on your taste, you might prefer one or the other. As for us, we’re calling it a tie and keeping both recipes, which will be in heavy rotation alongside our three previous staples. I’ve only got one more chocolate chip cookie recipe to try, but I think that’ll wait until the fall – I’ve got a stash of dough in the freezer to go through first!
Posted by Amélie at 7:02 PM

We should definitely have a cookie showdown this Summer. Then we should try to combine the best parts of each cookie recipe into the ultimate cookie recipe!