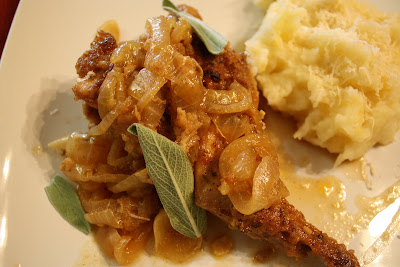 This is the second recipe from The I Love Elvis Cookbook that I tried in the same week, after the peanut-stuffed pork chops. We were at Central Market when I saw some frozen rabbit in the meat section; I immediately remembered this recipe and decided it was the perfect time to make it. In the end, since rabbit tastes like chicken and since there’s really not much meat on a rabbit, I think I would just make it with chicken next time. (I do have another recipe for smothered chicken, by Maya Angelou, that’s really great, but with the heat these days, I’m feeling a bit smothered myself. Hopefully I’ll get around to making it next fall and I’ll share it at that point.)

As a side, I made some mashed potatoes with rutabaga, since rutabaga is relatively healthy, and the taste might be masked in this dish. I added some garlic and parmesan. And it turns out that I am not fooled: I don’t like rutabaga, and the mashed potatoes are not enough to hide the taste. I’m sticking to just potatoes in the mash from now on. 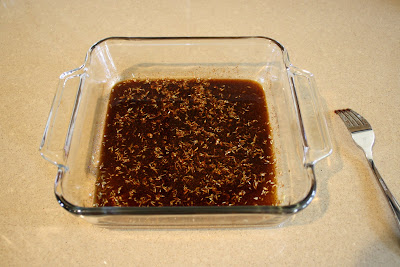 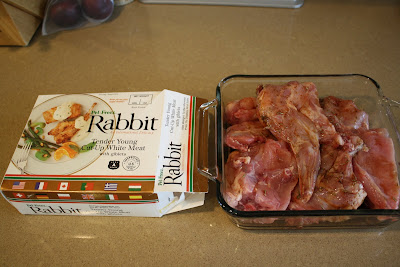 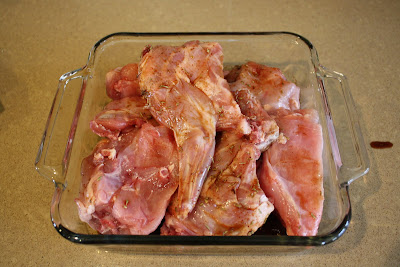 Mix the flour, 1 tsp of salt and ½ tsp of pepper. Drain one piece of rabbit at a time and coat it with seasoned flour. Shake to remove any excess and remove to a plate. Reserve the remaining marinade.

Meanwhile, over medium-high heat, heat oil ¼-inch deep in a large heavy-bottomed frying pan or skillet. When the oil is very hot, but not smoking, carefully lower in the rabbit pieces (you may need to work in batches). Cook until well browned on both sides, turning once, about 10 minutes. Remove to a plate and set aside. 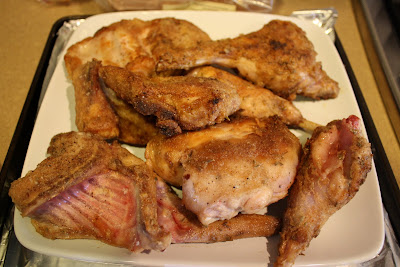 Pour off all but 2-3 Tbsp of the oil and return to a medium-low heat. Add the onions to the frying pan and cook until softened and beginning to turn golden. Add the garlic, wine or cider, stock and any remaining marinade and bring to a boil over medium heat, stirring up any brown bits from the bottom. Skim off any foam which rises to the surface. 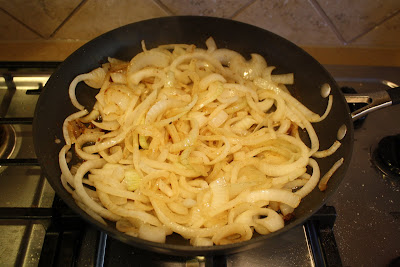 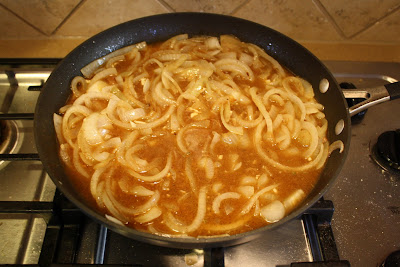 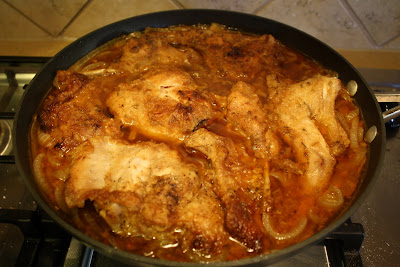 Return the rabbit pieces to the pan, spooning the onions and gravy over the pieces to coat well. Simmer over low heat for 45 minutes, until tender, turning and basting occasionally. Sprinkle with the fresh herbs and serve, ideally with mashed potatoes. 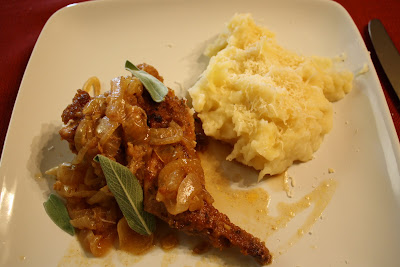