I got this recipe from Apricot Lane Farms (remember The Biggest Little Farm?). It was really good! Everybody liked it, and I don’t think anyone guessed what was in it.

I changed the recipe to make 8 servings, and those are the amounts I’m using below. I don’t have lactose-free cream here, so I used coconut milk instead. The original recipe also calls for coconut cream, by which they mean the fat at the top of a can of coconut milk, but I used the fat at the top of a can of coconut cream. That being said, I think that was a bit too much fat, because once refrigerated, it had a grainy mouthfeel that I found unpleasant; next time, I’d use just coconut milk, so that’s what I’m writing below (there’s also arrowroot starch and egg yolks as thickeners). I’m not sure what the exact amount should be, but I think somewhere around 3 cups – admittedly, that’s a bit inconvenient, because it’s less than 2 cans, but I think that 1 can would not be enough, and 2 full ones would be too much. Maybe it would work out better with 1 can of coconut milk and the fat from the top of a refrigerated can of coconut milk (instead of a can of coconut cream), but I haven’t tested it. And I used store-bought pasteurized carrot juice because it’s just so much easier, but if you make your own, make sure to strain the pulp.

In a small pot, over medium heat, combine the coconut milk, maple syrup, vanilla extract and sea salt. Stirring frequently, heat liquid to a near simmer (liquid will be hot to the touch and beginning to steam). Use caution not to scald the mixture.

Remove from heat and pour into ramequins (mine have roughly a ½-cup capacity, and I had 8 servings). Refrigerate until ready to serve, at least 1 hour. To serve, puddings can be topped with chopped nuts or raisins, finely grated carrots, or lactose-free whipped topping, if desired. 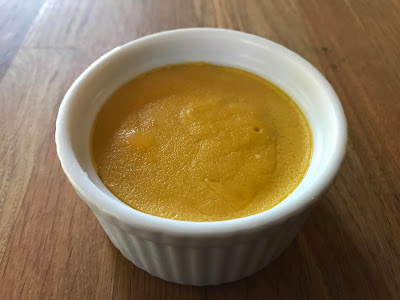 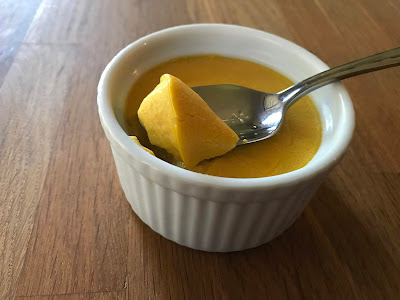 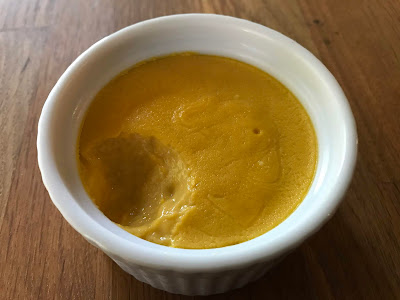