For our October outing, we finally went to Natural Bridge Caverns. I say “finally” because we’d been meaning to go for a while, but it’s not stroller-friendly (the trail is paved, but there are stairs as well as steep inclines and curves, and it’s slippery), so we had to wait until the Fox was older. Even then, the Engineer had to carry him much of the way, but we’re glad we visited!

It’s a registered National Natural Landmark because of all the beautiful examples of geological formations (it’s also on the National Register of Historic Places because of the artifacts that were found there, some dating back 10,000 years). The cave was discovered in 1960 by four local college students (and the one who felt a draft from a crawlway, leading to the huge inner rooms, has the awesome name Orion Knox). The namesake natural bridge is outside the entrance of the cave; it spans roughly 60 feet and was formed about 5,000 years ago.

The temperature is 70 °F year-round, which sounds comfortable, but the humidity level is 99% AND you’re essentially hiking for over an hour, so things got hot and we were certainly glad to feel the breeze again once we got out (I believe it was in the 50s that day). The stalactite and stalagmite formations are very impressive and have names like “Castle of the White Giants” and “Watchtower” and well as the “Hall of the Mountain King”. There are even helictites!

The place also has a massive obstacle course, and it looks really fun, but it wasn’t open yet on our visit – we’ll have to come back someday. 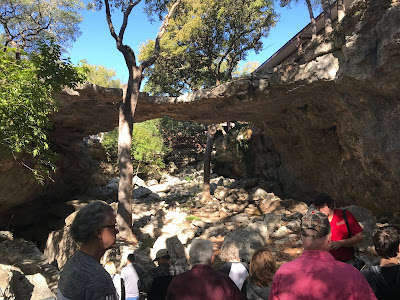 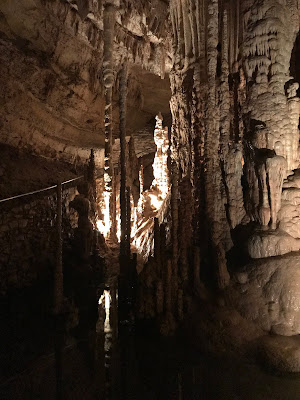 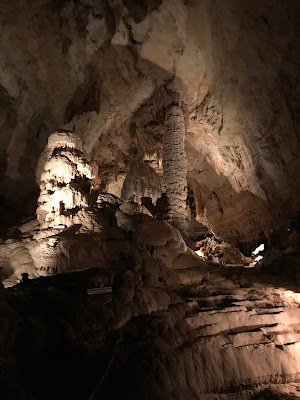 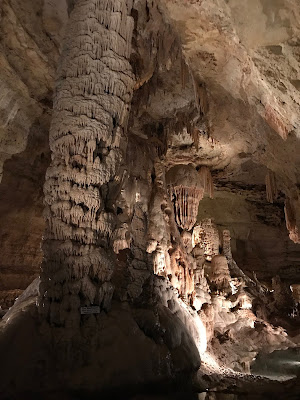 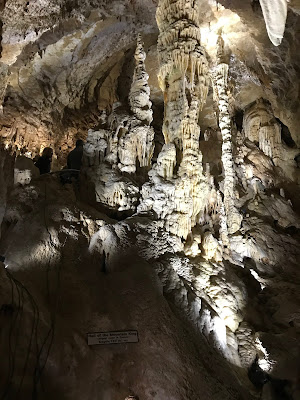 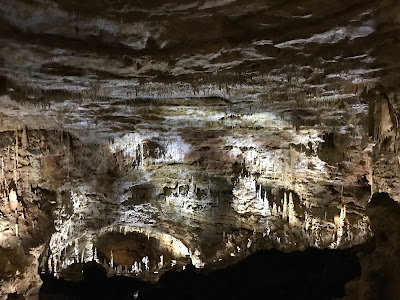 On a separate outing, we went for a long walk on the paved trail in Panther Springs Park, turning back when the Little Prince was tired. It’s a really pleasant area and I hope to explore it more at some point. 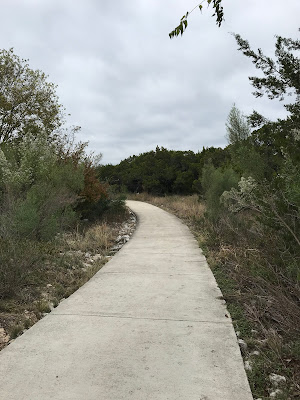