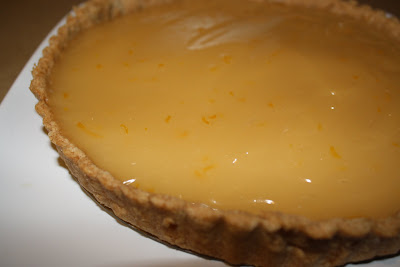 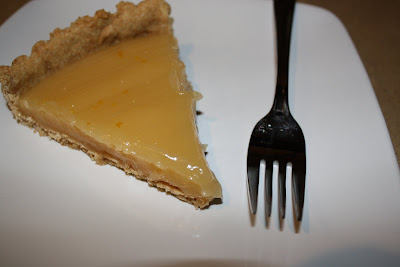 This is the third (and final) thing I made with my Meyer lemons, after the two kinds of pudding cakes. It’s a macrobiotic recipe, the second I try from Love, Eric (and I really loved the first). Éric Lechasseur calls this a pie, but I think it’s a tart.

Right away, I had to make a few substitutions: I couldn’t find amazake, but since it’s a rice drink used as a sweetener, I decided to use ¾ cup rice milk and ¼ cup rice syrup, instead of the 1 cup amazake. I also didn’t have agar flakes at that point, so I used kuzu instead (but as I said in the last post where I cooked from this book, you could use another vegetable thickener in its place, like corn starch or arrowroot starch). I had 9 Meyer lemons left in total, 3 big and 6 small. I squeezed all the juice I could from them, and ended up with a little over 1 cup of liquid instead of the 1 ½ cups called for. That being said, the sweet/tart ratio was just fine (I could have gone for more sugar, but not more lemon juice), so I’ll use 1 cup in the ingredients below. Also, don’t forget to zest your lemons BEFORE juicing them – keep the extra zest for garnish (since this is only written at the very end of the recipe as published, I only had enough zest for the tart itself and my lemons were juiced and in the trash can before they could be used for garnish). 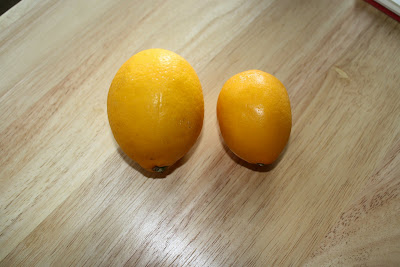 It should be said that while I liked this tart, the Engineer did not. He felt that the texture was unlike anything he’d ever had before, and while it’s true that it is different than that of a tart made with egg yolks, I didn’t share his concerns.

combine the dry ingredients in a bowl. Add the oil and water, and knead quickly to form a dough. Allow dough to sit for 15 minutes.

Using a rolling pin, roll the dough into a circle to fit a 9-inch tart pan. (Dough thickness should not exceed ¼-inch.) Gently line the tart pan with the dough, prick it with a fork and bake for 20 to 25 minutes. Remove from the oven and allow to cool.

For the lemon filling
Combine all the ingredients, except for the arrowroot and apple juice, in a saucepan. Bring to a simmer and cook for 8 minutes, whisking constantly.

In a small bowl, combine the arrowroot and the apple juice, then whisk into the lemon filling. Continue cooking and whisking a few more minutes. Remove from flame and allow to cool slightly.

Pour the filling into the baked tart shell. Garnish with lemon zest around the edges and refrigerate until firm. 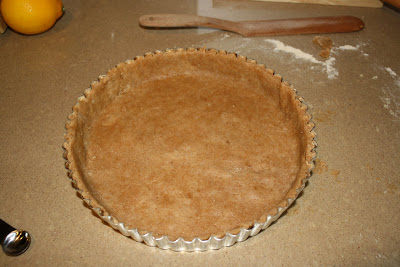 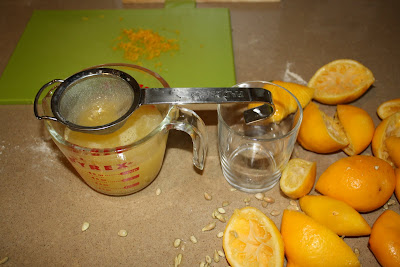 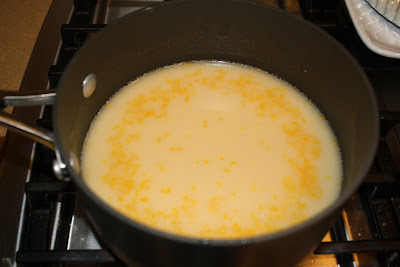 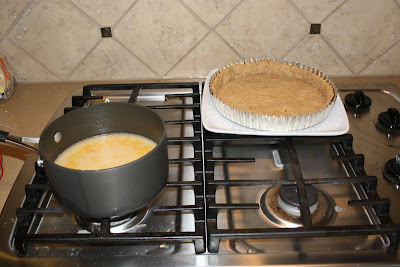 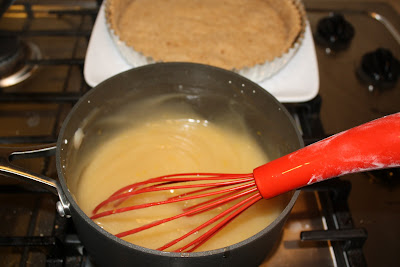 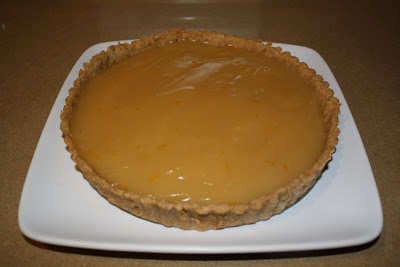 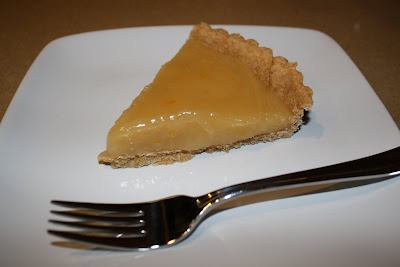