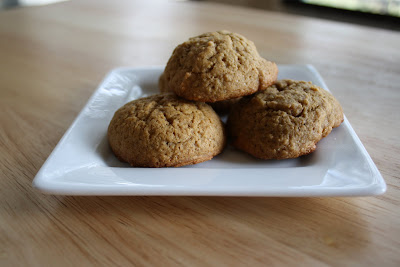 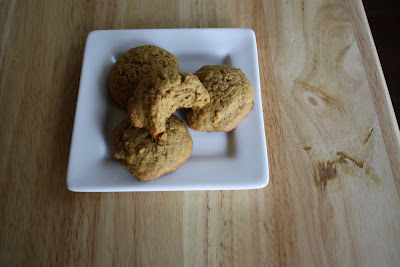 The original version of this recipe, Spicy Molasses Cookies, was published in David Leite’s The New Portuguese Kitchen. This version, however, was adapted by Gluten-Free Girl. I decided to change the name because they’re not really spicy – at least, not with the heat I associate with gingerbread, for example – but the taste of fennel is prominent. I had been patiently collecting ingredients for this recipe over the course of several weeks, because the list is quite long and we didn’t have things like sorghum flour or xanthan gum lying around. While this recipe calls for a lot of flours, substitutions could be made. (About xanthan gum and guar gum: Shauna James Ahern now says that they are not necessary for gluten-free baking after all and that they can be omitted if you wish, since some people don’t react well to them.)

I was surprised to see a gluten-free recipe with measurements in volume rather than weight, but I gave it a go anyway with dry level measuring cups and a small ice cream scoop to portion the batter onto the baking sheet. While my cookies did not turn out like they did in the pictures on Gluten-Free Girl, I was extremely happy with them. They were plump and very light, tasting of fennel and molasses but not saturating you with it. If anything, they might be too light, in the sense that it’s easy to just keep eating one after another! The crumb was great, too, so much so that the Engineer didn’t know (and will only find out when he reads this) that they were gluten-free. You see, as I’ve said before, some people see a lack of gluten as a handicap, before they’ve even tasted the food. The Engineer basically feels that since neither one of us is gluten-intolerant, and since the recipes for most baked goods are based on the presence of gluten, we really shouldn’t deprive ourselves of something that is so good. I think he’s biased because the only things he bakes are straight from the pages of Baking Illustrated, which I’ve jokingly called The Big Book of Gluten. As for me, I feel like there are so many baked goods out there that are gluten-free and delicious! I love baking with all these new grains and flours (well, new to me, anyway). So I just presented them as “cookies”, not as “gluten-free cookies”, and I will continue to do so from now on.

Whisk together the sorghum flour, tapioca flour, potato starch, sweet rice flour, and cornstarch in a large bowl. Add the xanthan and guar gum, the spices, baking powder, baking soda, and salt. Whisk them together. Set aside.

Using a stand mixer (if possible), combine the softened butter and sugars. Mix them together well until they have nuzzled together to become one. Do not beat them for longer than 1 minute or so, because over-creaming the butter and sugar can cause cookies to spread. Beat in the eggs, one at a time, and then drizzle in the molasses. When everything is incorporated, stop the mixer.

Add the flour mixture to the butter and sugar, ½ cup at a time, mixing on low between additions. Refrigerate the dough for at least 1 hour before baking. Overnight is best.

When you are ready to bake the cookies, preheat the oven to 350 °F. Line a sheet tray with parchment paper or a Silpat.

Roll dough about the size of a tablespoon between your palms and place about 2inches from each other on the baking sheet (I used a small ice cream scoop). Bake until the edges have browned and the centers are firm but still yield a bit to the touch, about 15 minutes. Transfer the cookies to a cooling rack and allow to them to cool for at least 15 minutes before eating. 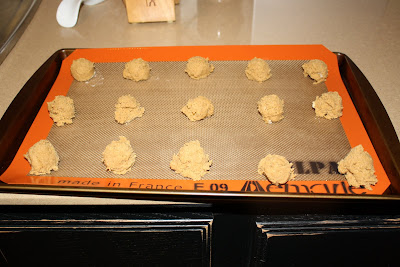 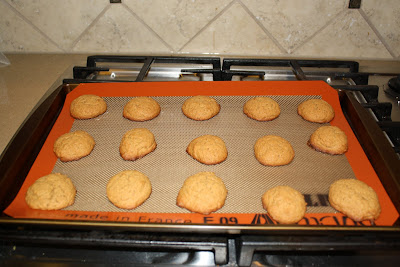 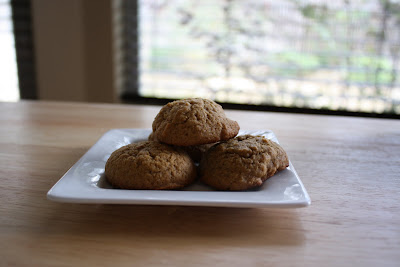 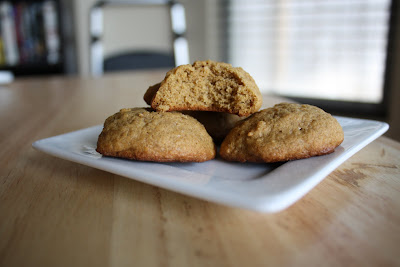