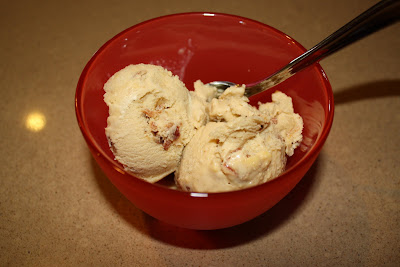 A few years ago, bacon became the new “it” thing in desserts. I’ve tried bacon chocolate bars before, but this was the first time I made dessert with bacon myself! I’ve adapted this ice cream recipe from one by David Lebovitz - I made it dairy-free, of course. I didn’t use the liquor, I used pasteurized eggs (but you could just check the temperature of the custard if that’s a concern to you), and I threw in a pinch of nutmeg along with the cinnamon. It really like this ice cream, though I think I’ll try it with something other than soy next time. For the candied bacon: David Lebovitz does recommend to caramelize it for close to 15 minutes, until it is “as dark as mahogany”. That’s a little too burnt for my taste here; I prefer it lighter, but still dark and crispy. Do check out the original post for a great comparison of different types of sugars in the caramelization process! While my recipe isn’t dairy, it does contain bacon and eggs, so it is by no means vegan. 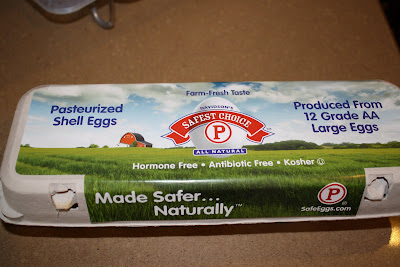 To candy the bacon, preheat the oven to 400 °F. Lay the strips of bacon on a baking sheet lined with a silicone mat or aluminum foil, shiny side down. Sprinkle about 2 tsp of brown sugar evenly over each strip of bacon, depending on length. Bake for about 10 minutes (keep an eye on the bacon at all times, it can go from caramelized to burnt quickly). Midway during baking, flip the bacon strips over and drag them through the dark, syrupy liquid that’s collected on the baking sheet. Continue to bake until crispy. Remove from oven and cool the strips on a wire rack. (At this point, your kitchen will smell unbelievably good.)

Once crisp and cool, chop the bacon into little pieces, about the size of grains of rice. (Bacon bits can be stored in an airtight container and chilled for a day or so, or stored in the freezer a few weeks ahead.) 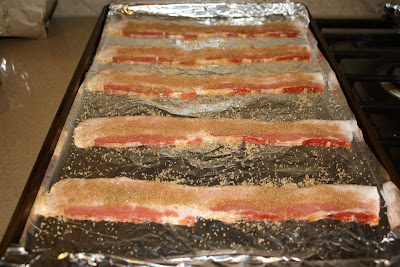 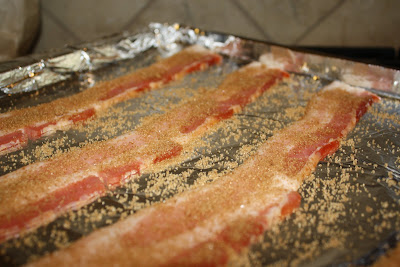 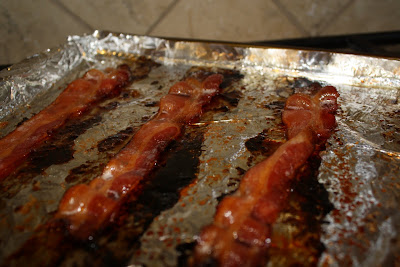 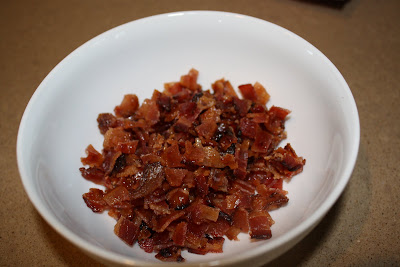 To make the ice cream custard, melt the butter in a heavy, medium-size saucepan. Stir in the brown sugar and half of the creamer. Pour the remaining creamer into a bowl set in an ice bath and put a mesh strainer over the top.

In a separate bowl, stir together the egg yolks, then gradually add some of the warm brown sugar mixture to them, whisking the yolks constantly as you pour. Pour the mixture back into the saucepan.

Cook over low to moderate heat, constantly stirring and scraping the bottom with a heatproof spatula, until the custard thickens enough to coat the spatula.

Strain the custard into the creamer, stirring over the ice bath, until cool. Add liquor, vanilla, cinnamon and nutmeg, if using. Refrigerate the mixture. Once thoroughly chilled, freeze in your ice cream maker according to the manufacturer’s instructions. Add the bacon bits during the last moment of churning, or stir them in when you remove the ice cream from the machine. 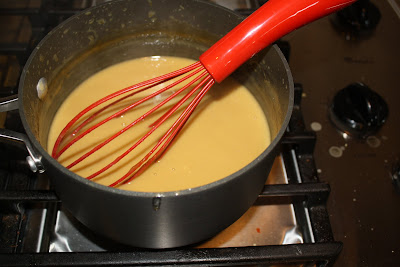 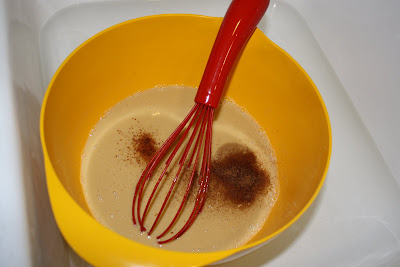 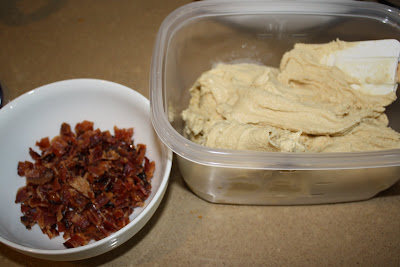 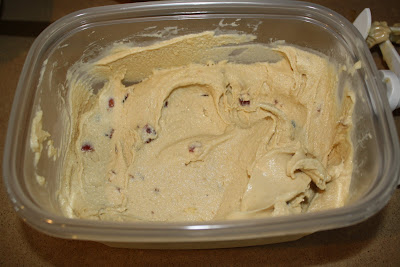 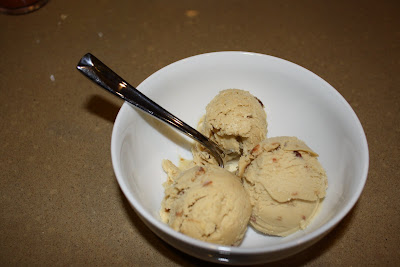 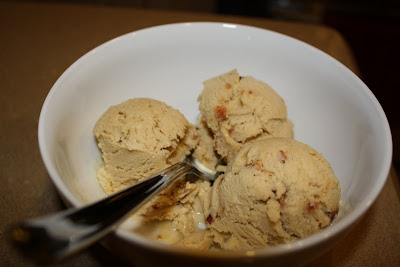 Mmmmm... bacon.
Of all the foods I gave up when I became kosher, bacon is by far the one I miss the most.
The bacon ice cream looks awesome.
One day they'll genetically modify pigs to make them kosher and the problems of the world (or at least my world) will be solved.