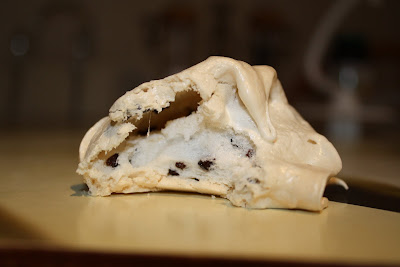 The difference between pavlovas and meringues is mainly that pavlovas are made with cornstarch, which gives the inside a softer texture, closer to that of a marshmallow than a meringue. That being said, they are pretty close!

I made this Orangette recipe with some of the cocoa nibs I brought back from San Antonio. They were raw, though, so I dry-roasted them in a pan before using them in the recipe, to make sure they wouldn’t be too bitter. These pavlovas were delicious! I’m not sure of the best way to keep them (I ended up with two dozen and an air-tight container didn’t quite seem to do the trick; but once they’d gone soft, letting them in contact with air seemed to crisp them back up – go figure). I really liked them plain and ate most of them like cookies, but I served them with raspberry sorbet once, and a berry sauce would be great too. I’m not really into the traditional pavlova accompaniments because of all the lactose in whipped cream, but you could go in that direction if you have no dairy restrictions. Enjoy! 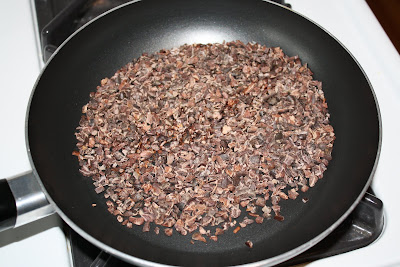 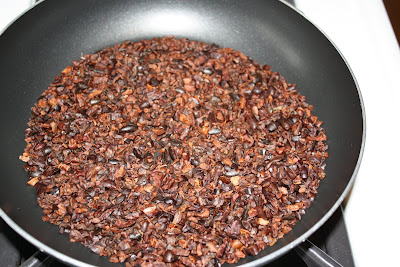 Set oven racks in the upper and lower thirds of the oven, and preheat to 275 ° F. Line two baking sheets with parchment paper or silicone liners. Whisk the cornstarch into the sugar in a small bowl.

In the bowl of a heavy-duty mixer fitted with the whisk attachment, whip the egg whites, cream of tartar, and salt, starting on low and increasing the speed incrementally to medium. Beat until the mixture holds soft peaks and the egg white bubbles are very small and uniform, about 2 to 3 minutes.

Increase the speed to medium-high, and gradually, slowly, add the sugar and cornstarch. Continue to beat until glossy, stiff peaks form when the whisk is lifted, about 4 minutes. The mixture should be very thick. In the final moments of beating, add the vanilla. 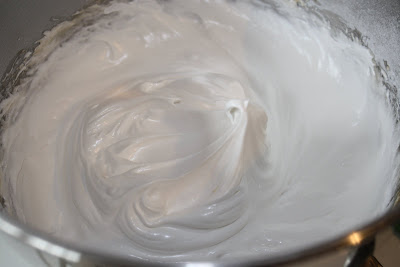 Remove the bowl from the mixer stand, and quickly, gently, fold in the cocoa nibs. 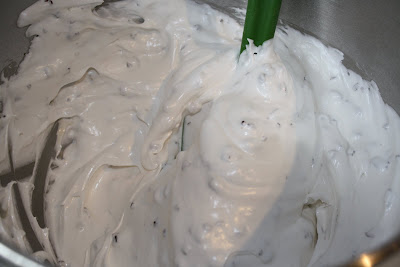 Immediately spoon the meringue by heaping tablespoonfuls onto the baking sheets. It’s easiest to do this with two tablespoons – the kind you eat with, not the measuring kind. Scoop up a good dollop of the meringue on one spoon; then use the second spoon to nudge the meringue out of the first spoon and onto the pan. You should be able to fit about 12, nicely spaced, on each sheet pan. With the back of a spoon, make an indentation in the middle of each mound (but don’t worry if it doesn’t come out quite right; mine stuck to the back of the spoon and peaked when I removed the utensil). 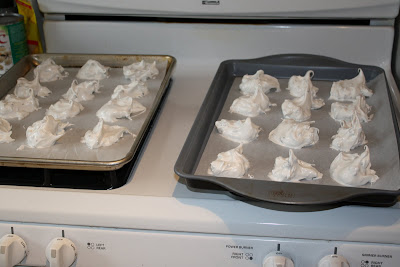 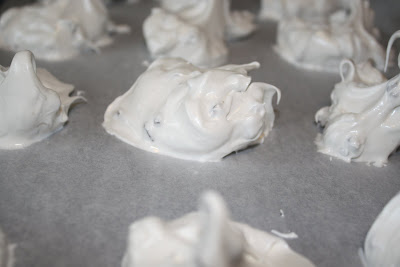 Place the baking sheets in the oven. Reduce the temperature to 250 ° F. Bake for about 30 minutes, rotating and switching the baking sheets halfway through, until the meringues are crisp, dry to the touch on the outside, and still white – or, at most, pale gold around the edges. If, when you open the oven to rotate them, they appear to be cracking or taking on too much color, reduce the temperature by 25 degrees. 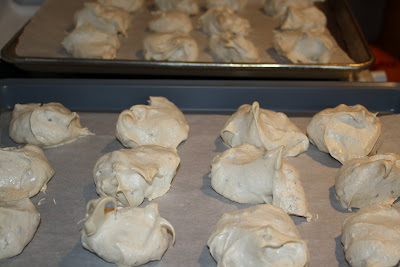 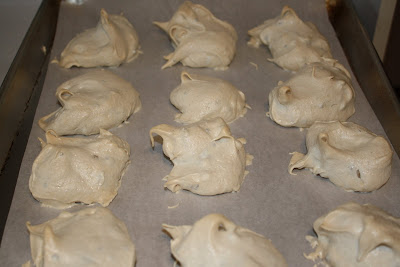 When the meringues are ready, remove them from the oven and cool on the pan on a wire rack for at least 20 minutes, or until completely cool. 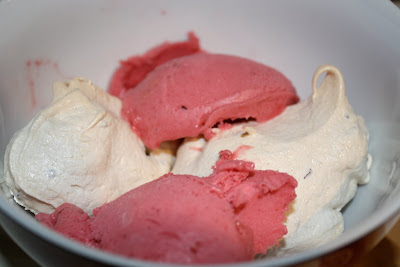