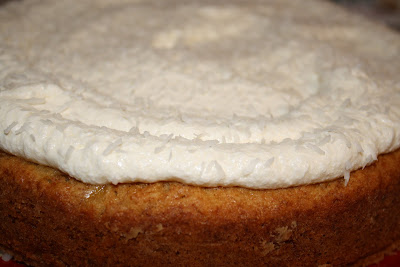 This is another delicious recipe from Orangette. It’s a banana cake, not a banana bread, so it’s different from what I might have posted before – not to say that it’s not delicious for breakfast, too. For the frosting, I used Liberté cultured cream cheese – it does have lactose, but less than other brands I’ve tried. There are other lactose-free substitutes, but as far as I know, those are more available in the United States than up here, so I decided not to use the lactose-free tag for this recipe.

For the cake
Place a rack in the middle of the oven, and preheat the oven to 350 °F. Lightly butter or spray a 9-inch round springform pan and dust it with flour, shaking out any excess.

In a medium bowl, whisk together the flour, baking powder, baking soda, and salt.

In the bowl of stand mixer, or in a large mixing bowl, beat the butter and brown sugar on high speed until pale and fluffy, stopping to scrape down the sides of the bowl with a rubber spatula as necessary. Add the egg, and beat until well combined. Add the banana purée, sour cream, and vanilla, and beat to combine well. 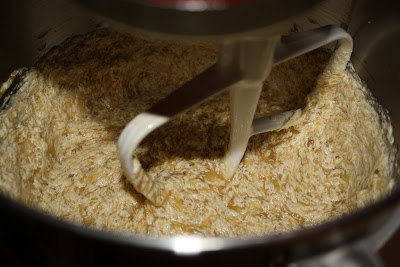 Reduce the speed to low, and add the flour mixture, mixing until just combined. Do not overmix. 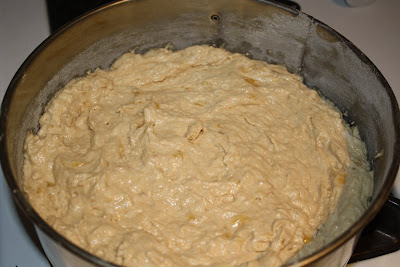 Spread the batter in the prepared cake pan, and bake until the top is pale golden and a toothpick inserted in the center comes out clean, about 20-30 minutes. 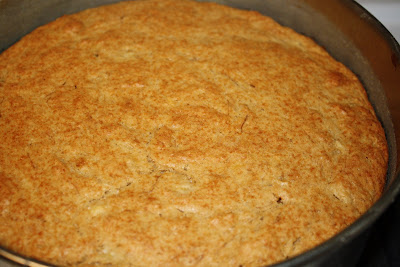 Cool the cake in the pan on a rack for 10 minutes. Remove the sides of the pan and leave the cake on the rack to cool.

For the frosting
While the cake cools, make the frosting. In a medium bowl, beat together the cream cheese and the butter on medium speed until smooth. 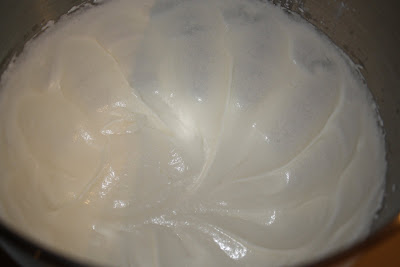 Reduce the speed to low; then add the confectioners’ sugar, cream of coconut, and rum. Mix until combined; then increase the speed to high and beat until light and fluffy, about two minutes. (It should be fluffier than it appears on the following picture!) 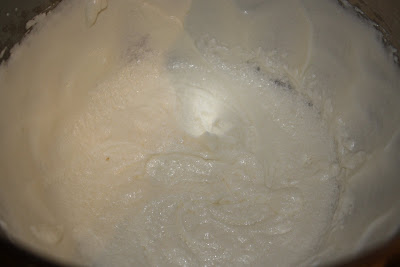 Spread over the top of the thoroughly cooled cake, and sprinkle evenly with coconut. 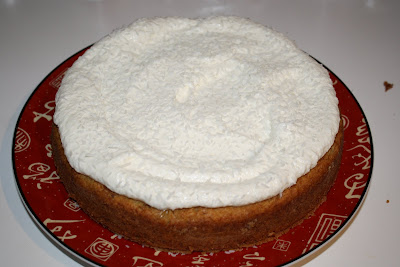 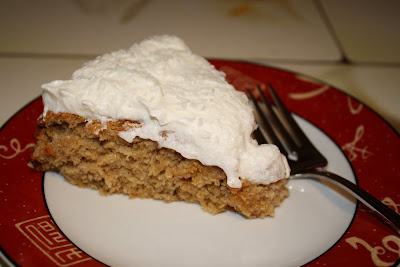