A meal of mashed potatoes 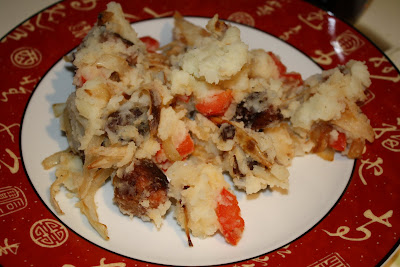 This may seem a bit out of season, because it was colder outside when I made it, and to me, it definitely feels like a meal for a cold day. The beautiful weather we’ve had over the Easter weekend (shattering last year’s record by almost 10 °C!) made it feel like early summer. But I do hear it’s supposed to be cold and rainy by the end of the week, so maybe this will come in handy. It was inspired by a post on The Kitchn, which exposed different ideas for making a meal with mashed potatoes as the focus rather than just a side playing second fiddle to the main dish. 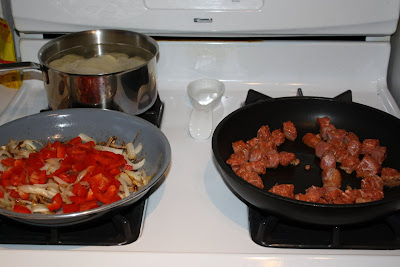 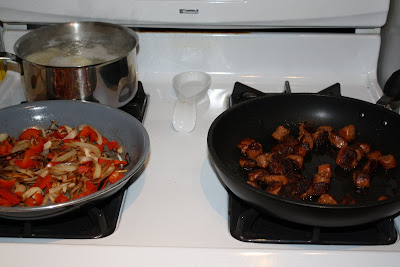 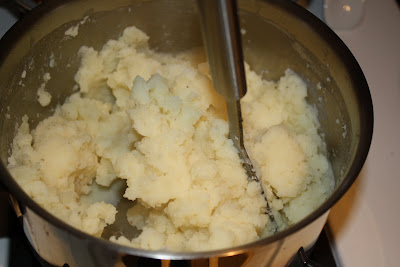 For my version, I started by caramelizing some onions, then threw in some red bell peppers. I cut up mild sausages and fried them up in a pan. I mixed all that into the mashed potatoes. (Mushrooms or cheese would be good in this too.) It’s not pretty, sure, but it’s homey, easy and comforting. I recommend using more liquid in the mashed potatoes than you normally would, to facilitate the mixing. You could use pretty much whatever ingredients you have on hand, though; any meat or leftover veggies would work.
Posted by Amélie at 2:43 PM