In January, I went downtown to meet up IRL with a friend who is a flight attendant and was in town for half a day. I showed her around the River Walk and the Alamo, and while those locations were not new-to-me, the area has been changed lately to be more pedestrian-friendly, so it was nice to take a look around. Visits to the Alamo are still free, but you now have to obtain a ticket with a specific entry time, so that should help alleviate the long lineups on peak days! 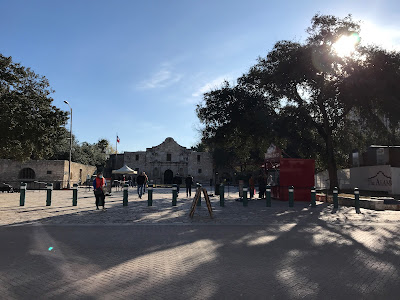 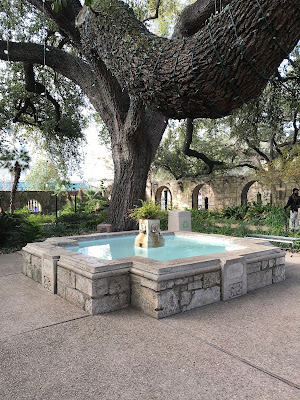 In March, we went strawberry-picking at Sweet Berry Farm up in Marble Falls. We were there the first weekend it opened, and based on the farm’s communications after that time, it was the best weekend to go. Berries were $3.25 a pound (the ones you see here cost us $12.48).
So, my frame of reference here is Quebec strawberries. Texas strawberries are a spring fruit, whereas the Quebec ones are more of a summer fruit, and I assume that’s just because of the different climates. That being said, it gets hot faster in Texas than in Quebec, and I wonder if that makes the strawberries grow “too fast” in that they get big but without much flavor. This could also be because of the variety, of course. And while I’ve eaten berries straight from the plant in Quebec too many times to count, I don’t remember them ever being covered in dust like these! So even though there was soil added to the field to grow strawberries here, I think the quality of the soil in general might be more conducive to growing strawberries in Quebec. All this to say that while these Texas strawberries were better than the ones at the store, they were still nowhere near the ones I love in Quebec, and I will now just accept that it’s a regional thing, not a freshness or variety thing.
The farm also sells some food like strawberry popsicles, and there are pony rides as well as various activities for little ones. This helped round out the day and make the drive worthwhile. 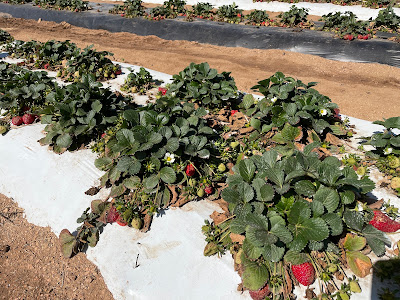 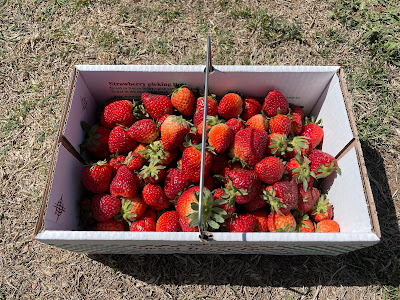 In April, we visited the Texas Transportation Museum. I heard about it after reading this article. They have several old cars, train wagons you can visit (including a steam engine and an old Pullman car), and model trains (both indoors and outdoors), but the big draw for our kids was the train ride! You see, the boys saw a public transit train in Montreal over the holidays and were absolutely fascinated. While we would like to take a family trip on a train someday, this was something doable right now: a life-size train (much more impressive to them than the little train in Brackenridge Park). Honestly, this was a very fast visit – you can tour the whole museum in an hour – but the kids were more entertained than we thought they would be, so it was a good outing. 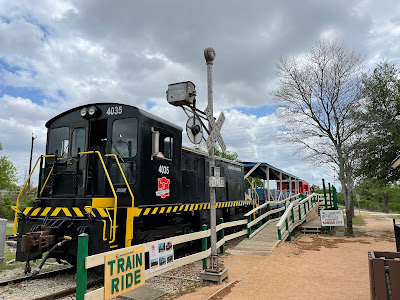 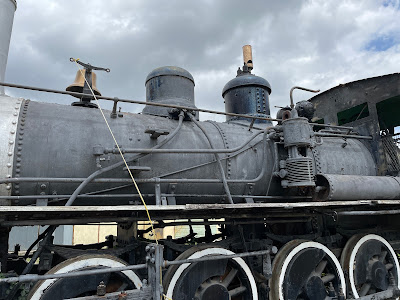 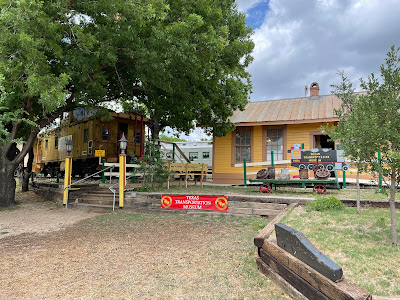 Since we had skipped February, I convinced the Engineer to go on a date with me to the San Antonio Museum of Art once his classes ended in May. (To his credit, he didn’t need that much convincing!) I had wanted to visit it for a long (long) time, but with the kids, it just didn’t seem feasible. That being said, I was delighted to see various pamphlets at the entrance, depending on whether you were visiting the museum on a date, with kids, just to see the essentials, etc. They didn’t have a map, though; we had to scan a QR code to download one. The Museum has a very diverse collection: ancient Egyptian artefacts, ancient Roman artefacts, art from the Americas, from Oceania, from Asia, and modern art too! Pictures are allowed without flash, and I just snapped away the whole time.
Our visit came at a particularly good time because shortly before, I found out that a Roman bust that had been bought for $34.99 at an Austin Goodwill is exhibited at SAMA until it is returned to Germany in 2023 (it was probably looted by an American soldier after WWII).
We had lunch at Tre Trattoria, the museum’s restaurant. It’s an excellent restaurant by any standards! (In the spirit of full disclosure, I feel like I should point out that the ceiling was very dirty near the HVAC exhausts in the dining room, and I can’t imagine that’s sanitary, but it did look only cosmetic.) The executive chef is Jason Dady I highly recommend the cacio e pepe deviled eggs to start – they came covered in a flurry of grated parmesan and were fantastic! The pasta was good, but it’s those eggs I’m still thinking of. 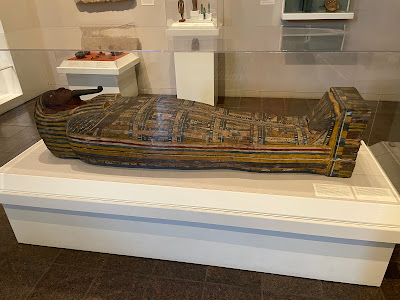 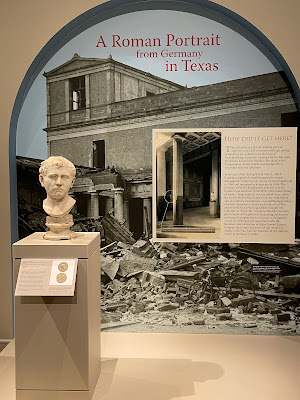 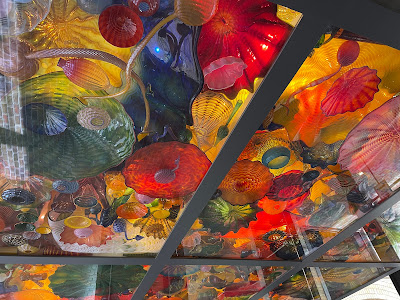 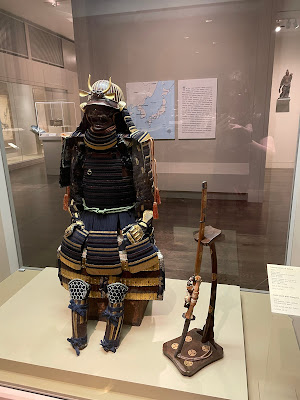 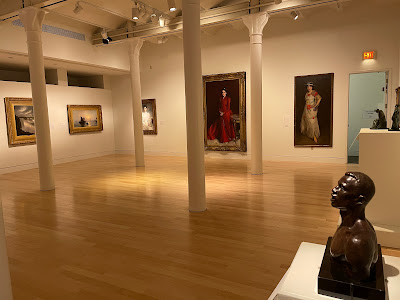 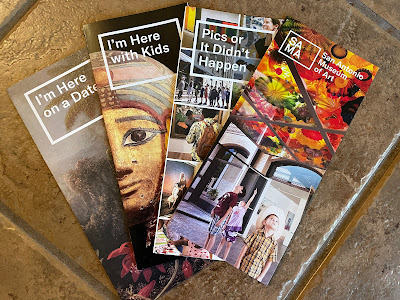 Finally, our actual May outing was a visit to Animal World & Snake Farm Zoo. We loved it! The focus is obviously on reptiles (including Athena the albino reticulated python), but there are also white lions (for which they are building a better enclosure), a jaguar and a black panther, bisons, dromedaries, zebras, lemurs, and lots more, plus a whole bunch of goats to pet. There are also hands-on educational demonstrations throughout the day, which we enjoyed. One of the main differences with many zoos is how close we can get to the animals, even those we cannot touch, and it’s really satisfying. I recommend a visit if you’re in the area! 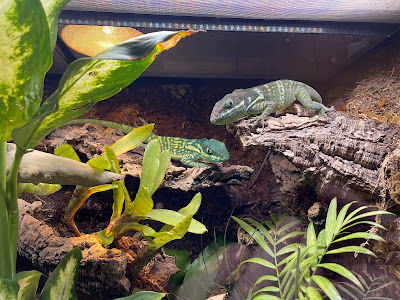 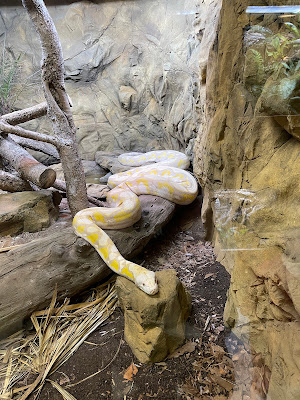 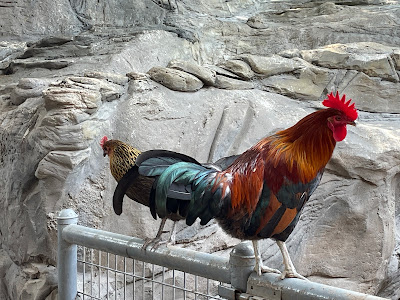 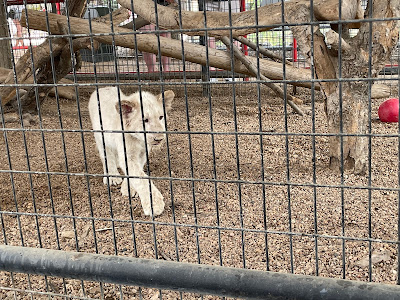