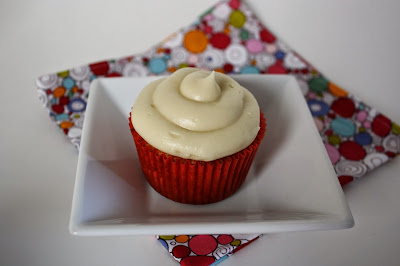 Now that I have found lactose-free cream cheese, I figured I could use it to make cream cheese frosting. I’m also looking for ways to eat less sugar, so cupcakes that are sweetened with maple syrup sounded great to me. (I know maple syrup is still a type of sugar, but at least from a nutrition standpoint, it’s better than cane sugar.) I ended up halving this maple cupcake recipe from The Kitchn, and they were delicious! The batter was very liquid, though, so I was afraid it would be a failure, but they turned out great. The crumb was slightly denser than that of regular cupcakes, but it was moist. And the frosting was perfect, even though I used vegan margarine instead of butter. It made me realize how much I’d missed cream cheese! The recipe below yields 12 cupcakes.

I had a little frosting left over, so I used some of it on beet cookies, since maple and beet go well together. They were really good, though I’d caution you to bake them less than recommended, especially if you’ve rolled them thinner! 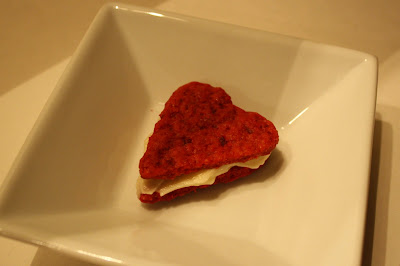 For the maple cupcakes
Preheat the oven to 325 °F. Line a 12-cup cupcake pans with paper liners.

In a medium bowl, sift together the flour, baking powder, and salt.

In the bowl of a stand mixer fitted with the paddle attachment, beat the butter and shortening until ribbon-like. Turn the mixer to low and stream in the maple syrup. Increase the speed to medium-high and beat until the mixture is nearly uniform in color, about 3 minutes.

Fill the prepared cupcake pan about three-quarters full. Bake the cupcakes for 20 to 25 minutes, until a toothpick inserted in the center of a cupcake comes out clean. Note: These cupcakes take longer to bake than traditional cupcakes, due to the maple syrup.

Allow the cupcakes to cool for 15 minutes in the cupcake pan, then turn them out onto wire racks to cool completely.

For the maple cream cheese frosting
In the bowl of a stand mixer fitted with the paddle attachment, beat the softened butter until it is completely smooth. Add the cream cheese and beat until combined.

Add the sugar and the maple syrup and beat until smooth. Be careful not to overbeat the frosting or it will lose structure. (At this point, if you want to, you can tightly cover the frosting and refrigerate it for a day. Let it soften at room temperature before using.)

For assembling the cupcakes
Frost the cupcakes to your liking. Refrigerate any leftover cupcakes in an airtight container for up to 3 days. Bring cupcakes to room temperature before serving. 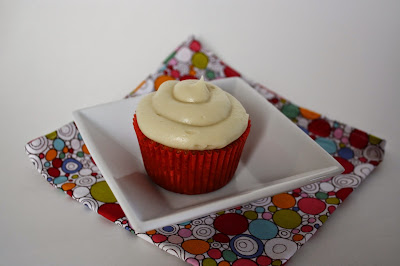 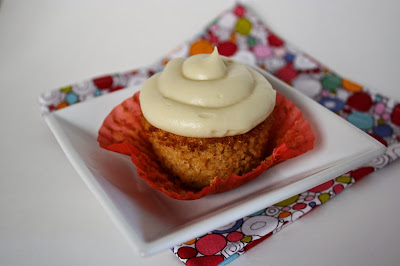 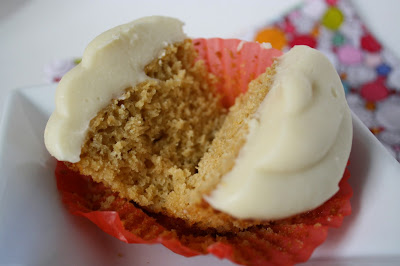