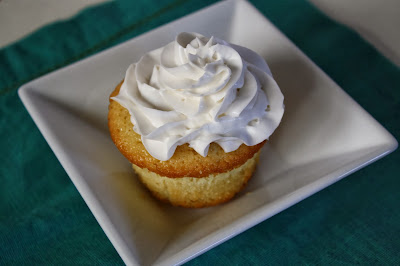 I saw this recipe from The Kitchn for coconut milk cupcakes and adapted it. It called for a cream cheese frosting, which wasn’t going to happen, so I decided to try a whipped coconut frosting I see everywhere, like here or here. In essence, you put a can of coconut milk in the fridge, then use the fat on top to make frosting by whipping it and adding sweetener (the leftover coconut water can be frozen and used for smoothies, if you don’t want to waste anything). The cupcakes themselves were delicious, but sadly, the frosting fell short of my expectations. I got very little frosting, and it had nowhere near the consistency shown in pictures in my reference posts; mine was both granular and too liquid, as well as unstable. I believe this has to do with inconsistencies between the fat content of various brands (as was the case when I made pumpkin ice cream). Both my reference posts used Native Forest brand, while I still had Goya. I’m going to make an effort to look for it. (I heard Walmart has it, of all places, but I so rarely set foot there!) At least my coconut milk didn’t have any stabilizers or additives to keep it homogenized, which was all I had cared about at that time. I do have another recipe for coconut frosting up my sleeve, but it’s more finicky and I wasn’t in the mood to attempt it. So in the end, I used Rice Whip to make a pretty cupcake for the above picture; the below is what the coconut frosting looked like when I tried it.

Preheat the oven to 350 °F. Grease two standard sized muffin tins (the original recipe said it yielded 20 to 22 cupcakes, but I got 23 and could have squeezed a 24th one out of it, so I’m going to say it makes 2 dozen – I just froze what we weren’t eating right then).

In a large bowl or stand mixer, cream together margarine and sugar until light and fluffy, about 2-3 minutes. Add eggs, one at a time, then the vanilla and coconut extracts, until batter is well combined.

Whisk together the cake flour, baking powder, and salt. Add the flour mixture to the creamed butter alternately with the coconut milk until all the ingredients are thoroughly incorporated.

Pour batter into cupcake liners no more than two-thirds of the way full. Bake for 25-28 minutes, until light golden brown and a toothpick comes out clean. Remove cupcakes to a wire rack and allow to cool completely before frosting. 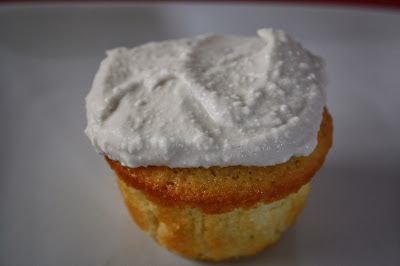 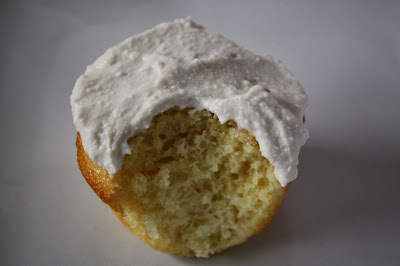