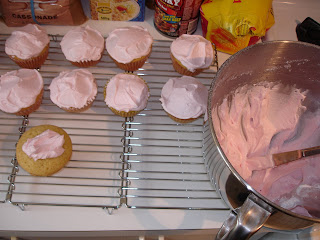 I’ve got a good one for you. I actually made up a recipe, for the first time ever. Well, I based it on an existing recipe (white cupcakes and frosting from Martha Stewart’s Cupcakes), but I flavoured it differently. I made saffron cupcakes, then topped them with rosewater frosting – and man, were they ever delicious! So here they are, in all their glory.

Sift together the flour, baking powder and salt; mix well.

With a mortar and pestle (or equivalent), grind the saffron to make it into a powder. Put it in a small saucepan with the milk, and warm it gently over low heat, stirring. Let cool a bit. 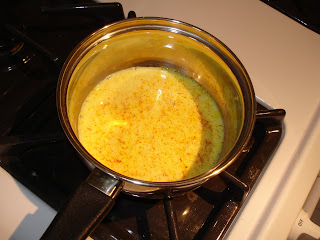 Cream the butter until smooth, then gradually add the sugar and beat until pale and fluffy. Reduce speed to low. Add flour mixture in two batches, alternating with the milk, and beating until just combined after each addition.

In a clean bowl, with an electric mixer, whisk the egg whites until stiff peaks form (do not overmix). 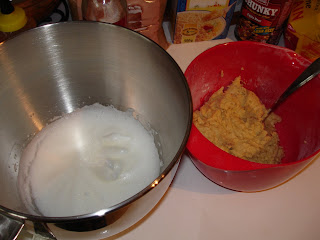 Fold in one third of the egg whites into the batter to lighten. Gently fold in the remaining egg whites in two batches. 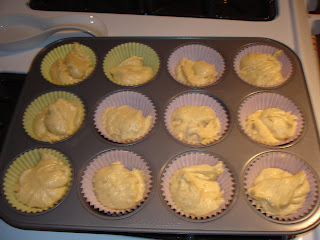 Bake until a cake tester inserted in centers comes out clean, 18 to 20 minutes. Transfer tins to wire racks to cool 10 min; turn out cupcakes onto rack and let cool completely. 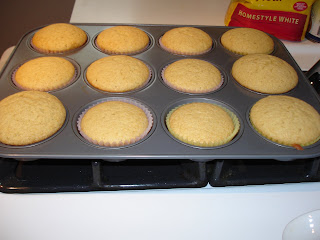 With an electric mixer, beat butter on medium-high speed until pale and creamy, about 2 min.

Reduce speed to medium. Add the powdered sugar, ½ cup at a time, beating well after each addition and scraping down the sides of the bowl as needed. After two additions, raise speed to high and beat 10 seconds to aerate frosting, then return to medium.

Add rosewater, and beat until frosting is smooth. With the mixer running, add a drop of red food coloring at a time, until you get the desired shade (if you want a deep shade of pink, I recommend using food coloring gel instead of liquid).

Frost the cupcakes as you wish, and enjoy. 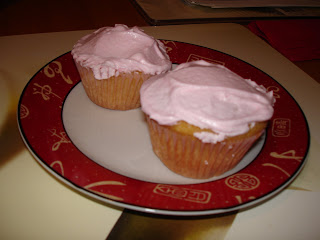 (Oh yes, and when the Engineer tasted the frosting, he said "That's what pink should taste like.")
Posted by Amélie at 1:26 PM