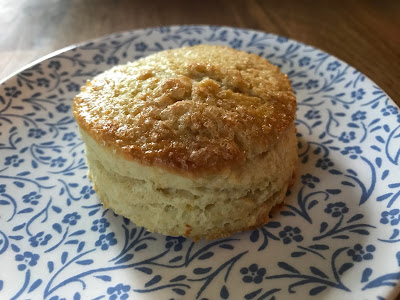 I made Nigella Lawson’s scones from How To Be A Domestic Goddess. I’m going to assume that these are typical British scones, because Nigella Lawson is British (and she pronounces “scone” to rhyme with “gone” instead of “cone”, but let’s not get into that). I found them to be very light and similar to American biscuits (say, these), and not like the heartier scones I am used to for breakfast – this is probably more the type of scone one has with tea. I made the cherry and orange variation, adding 75 grams of dried cherries and the zest of a mandarin (instead of half an orange), and I took the liberty of sprinkling some sugar on top of the egg wash. They were great with orange marmalade, but I think that the cream of tartar gave then a strong acidic taste (like baking powder would have), so I wouldn’t recommend them plain. Hence Nigella Lawson’s clotted cream and treacle serving suggestion, I suppose!

They were incredibly fast to make, especially since I used the food processor. They are best the same day, so I froze some of my batch. I got a total of 14 scones.

Sift the flour, salt, baking soda and cream of tartar into a large bowl. Rub in the fats till it goes like damp sand (I did this in the food processor, as always). Add the milk all at once, mix briefly - briefly being the operative word - and then turn out onto a floured surface and knead lightly to form a dough.

Roll out to about 3-cm thickness. Dip the cutter into some flour, then stamp out at least 10 scones. You get 12 in all from this, but may need to reroll for the last 2. Place on the baking tray very close together - the idea is that they bulge and stick together on cooking - then brush the tops with the egg-wash. (Confession: I totally forgot to cluster them together.) Put in the oven and cook for 10 minutes or until risen and golden. 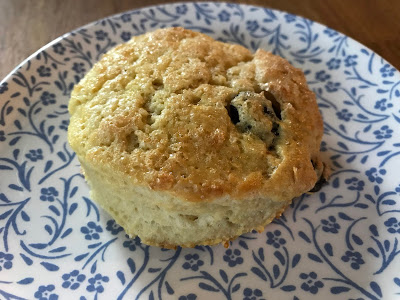 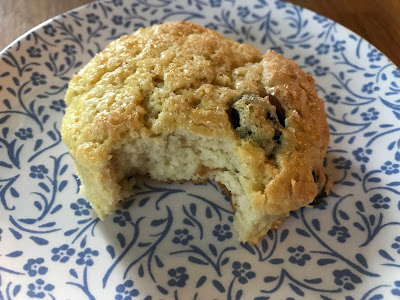 Nice Article.Thanks for sharing this blog...