I tried two different recipes for apple pancakes, in the hopes of deciding on which I would keep, and it turns out I didn’t have a favorite, and neither did anyone else in the house. The first was from Smitten Kitchen and the second was from Bon Appétit. To be clear, both are truly pancake recipes, not apple latke recipes, though those would have been good too!

What made the second one special, really, was the cinnamon butter, but that’s almost like cheating because you can serve cinnamon butter with any pancake, and it isn’t the bones of the recipe. I’d consider adding citrus zest to the first pancakes and/or serving them with cinnamon butter as well! Even then, I halved the amount of cinnamon butter and had plenty, so that’s what I’m writing below.

In a small bowl, whisk the flour, baking powder, salt, sugar, and spices. Set aside.

In a large bowl, mix the eggs and vanilla with the milk or yogurt.

Combine the wet and the dry ingredients and stir in the apples.

Heat a thin layer of oil in a skillet over low to medium heat. Drop a large spoonful of batter into the pan and flatten it out a little (otherwise, you might have trouble getting them to cook in the center) and cook until golden brown underneath. Flip the pancakes and cook them for an additional two or three minutes.

Either dust with powdered sugar and serve immediately, or keep on a tray in a warmed oven until you are ready to serve them. 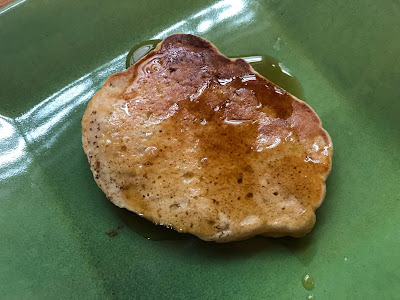 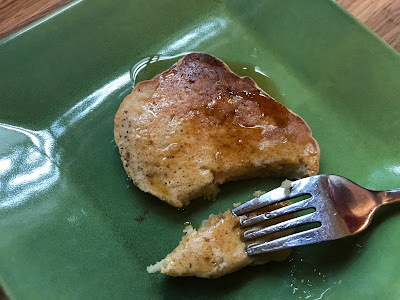 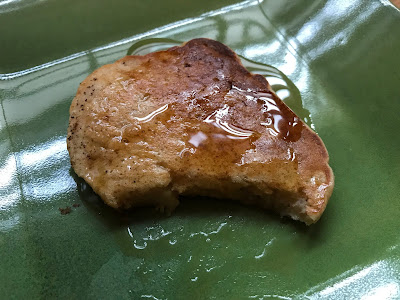 For the cinnamon butter
Using electric mixer, beat all ingredients in small bowl until blended.

For the apple pancakes
Combine lemon juice and peel in bowl. Coarsely grate apples into bowl, tossing to coat with juice

Preheat oven to 250 °F. Place baking sheet in oven. Heat heavy large nonstick griddle or skillet over medium-high heat 1 minute. Brush griddle with some of remaining ¼ cup melted butter. For each pancake, drop 1 heaping tablespoon batter onto griddle (I used closer to ¼ cup, because heavenly hots these are not), spacing pancakes apart. Cook until golden on bottom and bubbles start to form on surface, about 3 minutes. Turn pancakes over. Cook until golden on bottom, about 2 minutes longer. Transfer pancakes to baking sheet in oven to keep warm. Repeat with remaining batter, brushing griddle with butter before each batch of pancakes.

Arrange pancakes on plates. Top each with dollop of cinnamon butter and serve. 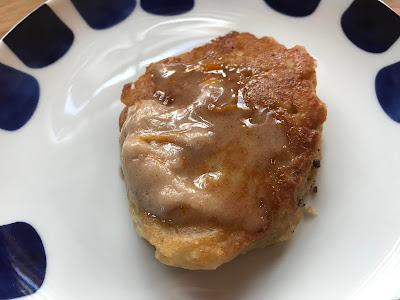 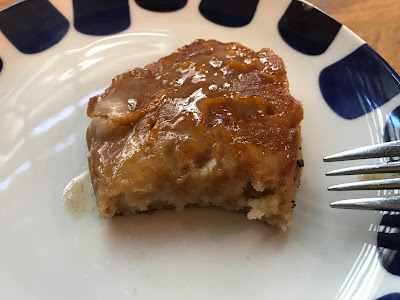 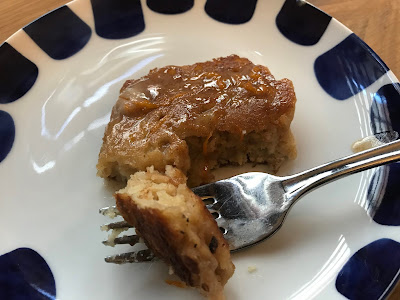