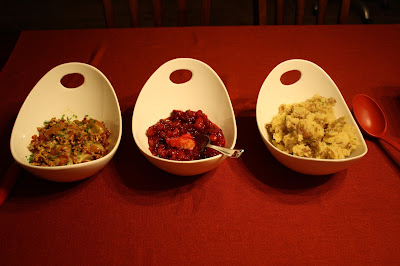 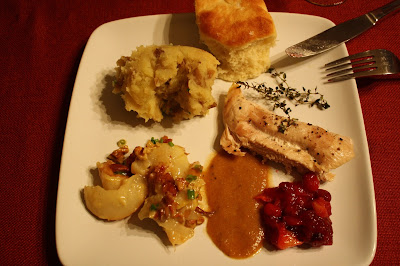 Thanksgiving is a holiday I’ve adopted since moving to the States. We have Thanksgiving in Canada, but it’s not nearly as big a deal there as it is here, and I only celebrated it on occasion. Now, though, how can I resist a holiday that’s all about the food? As I read in this November’s Bon Appétit, “It’s not Thanksgiving unless there’s more food than you know what to do with.” It’s my excuse to make a huge meal and drink sparkling cider from the nice glasses. (Plus, it’s almost like a dress rehearsal for Christmas, so this post isn’t entirely unseasonal – or so I tell myself.) This year, however, I couldn’t find the file of recipes I had torn out of magazines. I know I got rid of a lot of those papers after last year’s feast (because I made the recipes), but I could have sworn that I still had a bunch of recipes, including one for turkey breasts, and I couldn’t find any of it. After a quick online search, I think I have located the turkey recipe on the Bon Appétit website, but then I realized that they are butter-roasted turkey breasts, and I’m wondering whether I just threw the recipe in the recycling bin because it would have had too much lactose anyway. That would explain why I can’t find it, at least! So I figured I’d just roast turkey breasts (for 3 adults and 1 child), except then I miscommunicated with the Engineer and he bought boneless, skinless, plain turkey breasts when I was expecting bone-in, skin-on, festive turkey breasts. I ended up using this method to bake them in the oven, with some fresh thyme, and they were very good. 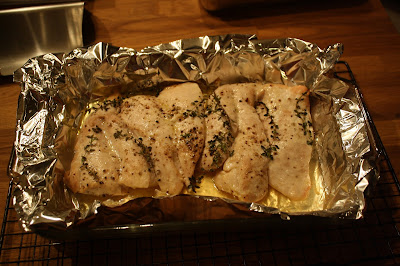 For side dishes (and really, that’s what Thanksgiving dinner is all about, right?), I made recipes I found this year, which made me feel like I was on top of things. We ate pull-apart potato rolls, caramelized onion and bacon gravy as well as sautéed pears with bacon and mustard dressing (the sleeper hit of the meal, I think). I paired them with my regular cranberry sauce because, after trying a bunch of others, I’ve decided my go-to was always the best one. I also made garlic olive oil mashed potatoes, as those were the best I had made in the past 6 months (including goat cheese and caramelized onion variations). I made the gravy and cranberry sauce the day before (so all I had to do was reheat the gravy), the potato rolls that morning, the sautéed pears in mid-afternoon (they can stay at room temperature for a few hours, and that pretty much makes them the ideal Thanksgiving side dish), then the turkey and potatoes before dinner. 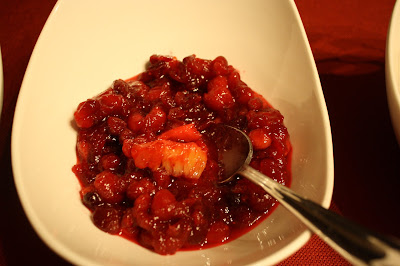 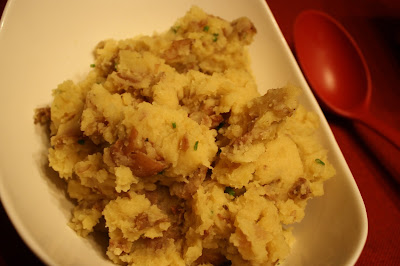 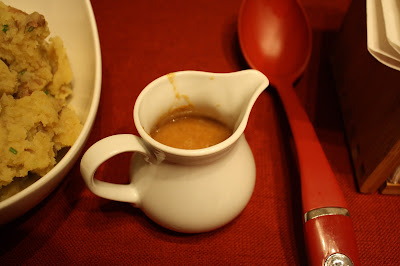 For dessert, I made the Engineer choose between two options: chocolate pie or pumpkin cupcakes with maple frosting. He chose pie, so I made the Pioneer Woman’s chocolate pie. I liked that it was super simple and can be made the day before; basically, you just fill a pie crust with a chocolate pudding mixture. Ree Drummond’s recipe is below, but you could also use your favorite pudding recipe, or this one. I served it with the rest of that CocoWhip and it was fantastic!

Boil potato in a small saucepan of boiling water (no need to add salt) until a paring knife passes through flesh with no resistance, 30–40 minutes; drain. When cool enough to handle, pass through ricer into a small bowl (peel won’t go through; discard).

Mix milk and ¾ cup riced potato in the bowl of a stand mixer with whisk attachment until no lumps remain. (I added the rest of my riced potato to the mashed potatoes I made later that day.) Add ½ cup butter and mix until incorporated. Switch to dough hook. Add all-purpose flour, yeast, and sugar and mix on medium speed, scraping bottom and sides of bowl as needed, until a very wet, sticky dough forms, about 2 minutes.

Let dough rise, uncovered, in a warm spot, 30 minutes (it will have puffed slightly).

Turn out dough onto a lightly oiled surface and divide into 18 pieces; roll each into a ball using your palm. Brush a 13x9" baking dish with butter and place balls side by side in dish (rolls will be touching). Brush tops with more butter. Let sit, uncovered, in a warm spot 1 hour.

Preheat oven to 400 °F. Brush dough again with butter and sprinkle with salt. Bake rolls on a low rack until deep golden brown, 15–20 minutes (I’m suggesting a low rack because I feel like the bottom of my rolls was a little underdone). Transfer dish to a wire rack and let rolls cool in dish 10 minutes. Turn out rolls onto rack and let cool 30 minutes before serving. 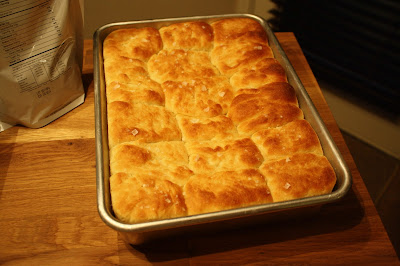 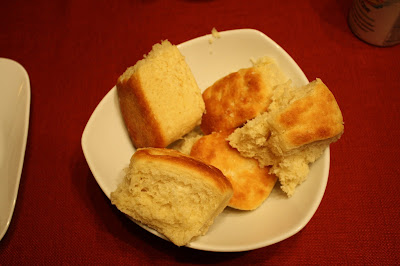 Cook bacon in a large skillet over medium, stirring occasionally, until golden brown and crisp around edges, 10–12 minutes. Using a slotted spoon, transfer to paper towels to drain. Pour off all but 1 Tbsp. bacon fat from skillet.

Season pears with salt and pepper and cook in skillet with bacon fat over medium-high, turning occasionally, until golden brown and starting to soften (they should be slightly firm at cores), 5–7 minutes. Transfer to a platter; let cool.

Meanwhile, whisk vinegar, mustard, and 3 Tbsp. oil in a small bowl to combine; season dressing with salt and pepper. Toss walnuts with remaining 2 tsp. oil in another small bowl; season with salt. Drizzle dressing over pears and scatter walnuts and bacon on top. (At this point, the dish can be stored at room temperature for 3 hours, tightly wrapped.) Just before serving, top with chives. 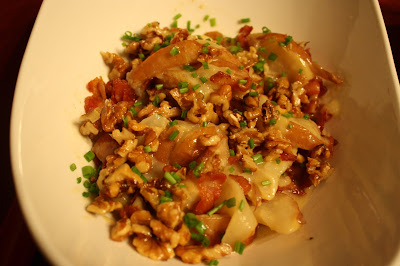 Using a blender (I used a stick blender), purée the gravy in batches until smooth. Return the gravy to the skillet and keep warm over low heat. Whisk in 1½ teaspoons salt and ¾ teaspoon pepper. Serve. (The gravy can be refrigerated, covered, for up to 3 days. Reheat on the stovetop before serving.)

Combine the sugar, cornstarch, and salt in a medium saucepan. Stir or whisk together.

Pour in milk and egg yolks, and whisk together.

Stir over medium heat until the mixture just barely comes to a boil and becomes thick, about 6-8 minutes (maybe less, maybe more; just watch it!) The second it starts to bubble and thicken (it should be thick like pudding!), remove it from the heat. Add the chocolate, vanilla, and butter, and stir until everything is beautifully combined.

Pour the pudding into the pie crust and place in the fridge to chill for 4 hours uncovered. (Note that if you are using a commercial pie crust, which are shallow, you will have extra filling – just spoon it into some ramekins and put them in the fridge as well, it’s delicious chocolate pudding!)

Cut into slices and serve with whipped cream. 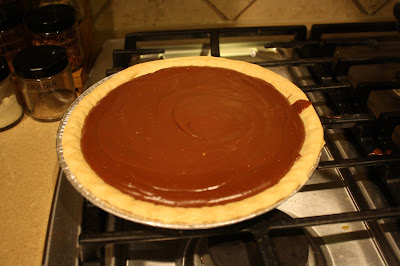 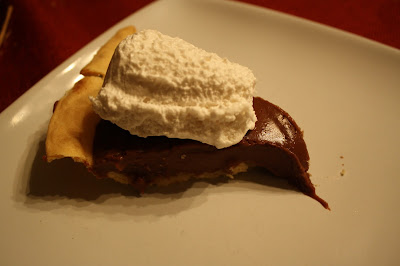