I had a few breakfast flops lately using recipes that seemed like sure-fire hits. A chocolate breakfast pudding that ended up being totally unappetizing. Sweet potato and almond butter muffins that should have been moist and almost custard-like, but that came out more like dry, dense pucks. Bacon blueberry waffles that sounded fantastic, but that completely fell apart in my waffle iron (granted, they would probably work better in a Belgian-style waffle iron, which is not what I have, and the batter needs to be pretty consistent and cooked at high heat to be crisp, but that was a fail for me). Quinoa banana pancakes that had a bit too much baking powder and that fell apart as I flipped them – I’d make them smaller next time. (I did get to try birch syrup with them, though I wasn’t crazy about it. I’m not sure how authentic mine’s flavor was, because it was mixed with cane sugar, but it had a strong taste that reminded me of sorghum syrup; if you’ve never had it, it’s a bit milder than molasses.) Anyway, I try to make breakfast once or twice a week, but lately, I hadn’t been thrilled. 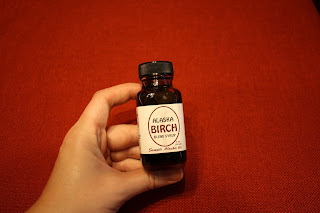 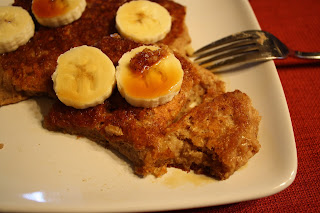 Then I remembered the Weelicious cookbook in which I had things bookmarked, and I decided to make parsnip muffins (and later found the recipe online here). You know how we make carrot cake without blinking an eye, yet rarely do the same with other root vegetables? Well, let me introduce you to parsnip muffins. I used 1 ½ cups of white whole wheat flour instead of the all-purpose and whole wheat, and it was really good. I have to admit that I found the cream cheese center a bit off-putting, so I’d consider omitting it or using it as frosting (if one can frost a muffin and still call it a muffin, that is). The recipe makes a dozen, and they actually freeze pretty well, though they have to be warmed up longer than other muffins to get the chill off the center.

In a separate bowl, whisk the eggs. Add the brown sugar, yogurt, oil and vanilla. Stir to combine.

Stir the grated parsnips into flour mixture to coat.

To make the cream cheese filling, place all ingredients in a small bowl and whisk until smooth (a few lumps are okay).

Cool and serve. Because these muffins contain cream cheese, they’ll keep for a day at room temperature, covered, or for up to 4 days in the fridge. 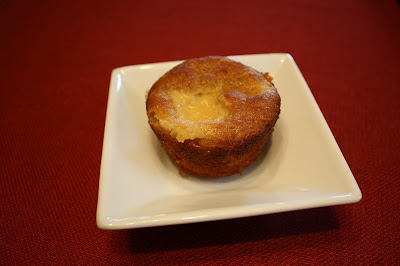 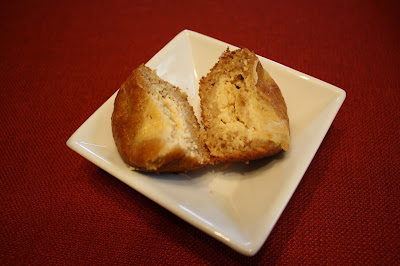