I seem to be cooking a lot of these head-to-head recipes lately… I started with a recipe for quinoa cookies with coconut and chocolate chips, which called for cooked quinoa. I liked the mix of flavors with the quinoa, coconut, chocolate and almond extract. While those cookies were good, I found them a bit dry. They were also better warm from the oven, as opposed to a day later, which meant I had a lot of dough in the fridge to bake in batches (I got about 5 dozen cookies from that one recipe). 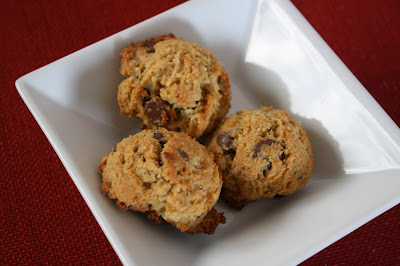 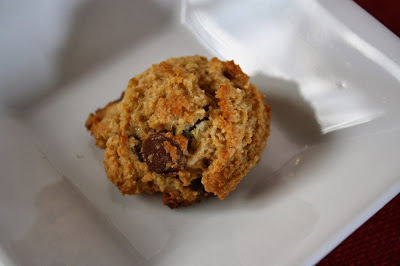 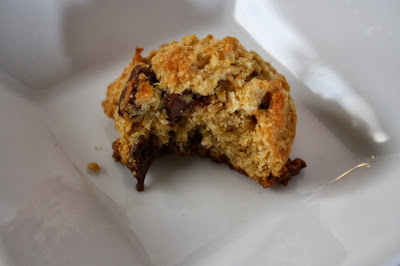 Overall, though, I preferred the second recipe, from Part-Time Health Nut. I used my Vitamix blender to make the cashew butter, which I thought was a great addition to the cookies; I think it’s what made the top shiny and crisp. They do not contain refined sugar (only applesauce and maple syrup) and happen to be gluten-free and vegan. These call for quinoa flakes rather than plain quinoa, which are harder to find – I ordered mine online from Amazon. I’d say these are healthy cookies, though I’d consider adding a little more maple syrup to sweeten them some more next time. They’re fine as they are, and are great if you’re trying to cut back on sugar, but perhaps wouldn’t satisfy your sweet tooth if that’s what you’re really after. This recipe gave me a more reasonable yield of 33 cookies.

In a food processor (I used my Vitamix blender), blend cashews for about five minutes until it reaches a nut butter consistency. Scrape down from the sides and add the coconut oil, applesauce, maple syrup and vanilla extract. Pulse to combine well.

Add the wet ingredient to the dry and mix to combine.

Stir in the chocolate chips. Drop by tablespoon onto prepared baking sheet. Bake for 12 minutes or until golden brown on top. 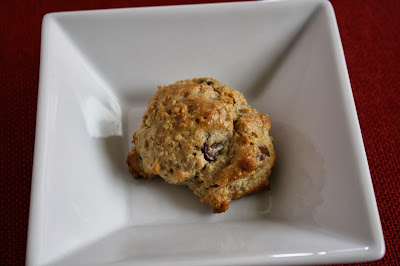 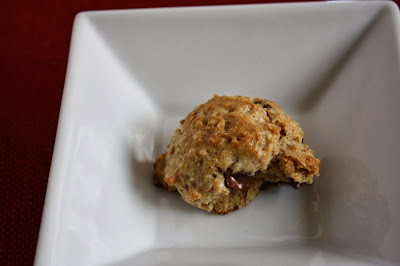 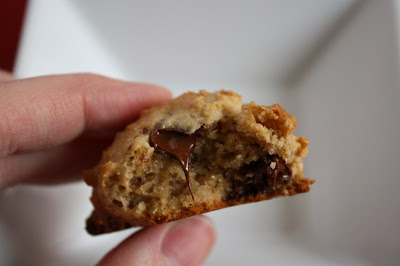