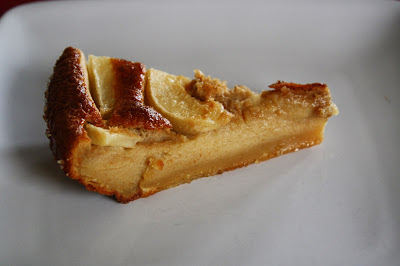 This fantastic recipe is from Orangette. Molly Wizenberg discovered clafoutis at a Parisian restaurant called Le Repaire de Cartouche. Coincidentally, I had dinner there once with my family (or was it l’Auberge du Clou?), when we were visiting my cousin and his girlfriend (I believe this was in the summer of 1999); I remember having magret de canard and, for dessert, a molten chocolate something. Again, in 1999, this wasn’t on every other restaurant’s menu, so I think if anything that place is where I discovered the molten chocolate cake – I wish I had thought of that when I wrote up posts about similar recipes! Suffice it to say it was a very good meal, since I actually remember it 14 years later. And people, let me tell you: this clafoutis recipe is the best I’ve ever made, which is saying a lot. I just thought “Oh, yeah!” when I was eating it (say it with your Barry White voice), and the Engineer and I both immediately had seconds. As a matter of fact, he said that it’s now on his top dessert list. I’ll be using it as my go-to recipe from now on, changing the fruit depending on what’s in season. Add the ingredients to your next shopping list, you’ll be thanking me (and Molly Wizenberg).

Preheat the oven to 375 °F. Butter a 9 ½-inch pie plate and dust it lightly with granulated sugar. Shake out any excess. (The recipe made more batter than I thought, so I was glad I used my deep pie plate here.)

Peel and core the pear, and slice it thinly. (I cut mine into about 12 slices each.) Arrange them on the bottom of the prepared pan, but don’t arrange them TOO carefully, as they’ll move and even float away when you pour in the batter.

In the jar of a blender, combine the milk through flour. Blend on high speed for 1 minute, stopping once, if needed, to scrape down any flour that may stick to the sides of the jar. (Note that I used my Vitamix for this, now that I finally have a blender, but when I’ve made clafoutis before, I always whisked everything by hand, so I’m sure you could do that too.) Pour the batter over the pears.

Bake until the custard is puffed and golden brown and a tester inserted into the center comes out clean, 30 to 35 minutes (mine took 40 minutes). Cool on a wire rack. The custard will deflate a little as it cools.

Serve at room temperature or chilled. 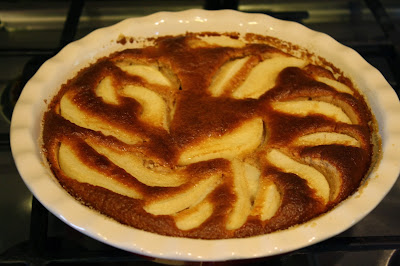 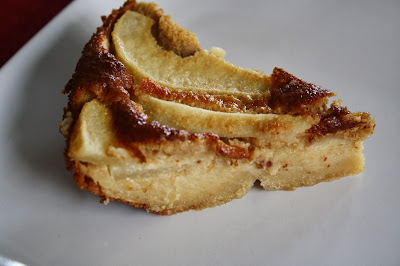