Another post without a good picture. I considered not posting it at all, but I think the soup was too good not to share. I really should have taken the time to style it during good daylight hours, like I did with the roasted peanut soup, but somehow I never thought of it during the day. I do want to share the recipe, though, because it was really good, and really fast to make.

I adapted the recipe from The Family Kitchen on Babble. The story behind it is that the original recipe is the only soup that is served daily in the United States Senate cafeteria. It calls for ham hock, which has been replaced by liquid smoke in this recipe. It was my first time using liquid smoke, but it won’t be my last! It really adds a lot of “barbecued meat” flavor, without any meat. (Plus, the kitchen smelled wonderful, which had the Engineer salivating from the moment he set foot in the house after work.) I doubled the recipe before writing it below, so that it can serve 4 to 6 people, and I simplified the preparation of the potato as well as the blending of the soup (if you have an immersion blender, it’s so much easier here than a blender or food processor!). Instead of using 4 Tbsp. of hot sauce, which seemed like an obscene amount, I used 2 tsp. of Korean pepper, which is pretty mild. The end result, though, was surprisingly spicy, and borderline comfortable for me (I had to keep eating my pretzel roll to give my mouth some respite). Use hot spices at your discretion here. Also, while I used 4 tsp. of liquid smoke, it may have been a bit much; I’d use 2 or 3 tsp. next time and adjust to taste if necessary.

Remove bay leaf from soup. Using an immersion blender, blend until the soup is puréed (you can leave some beans whole if you’d like). Add as much soy creamer as you’d like to thin out the soup.

Simmer on stove until ready to serve. 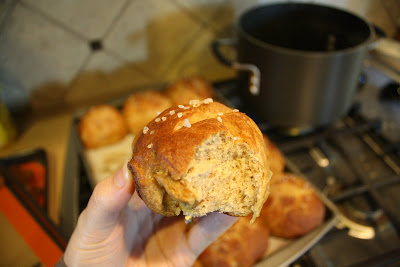 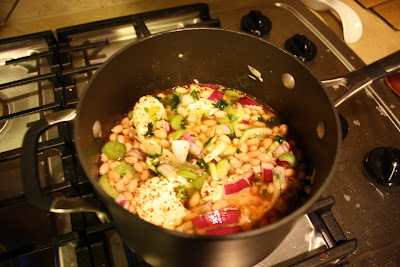 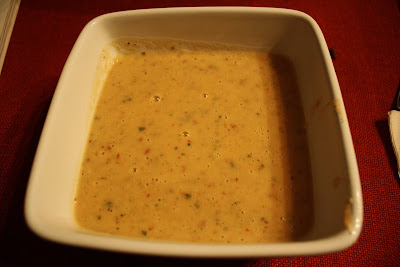