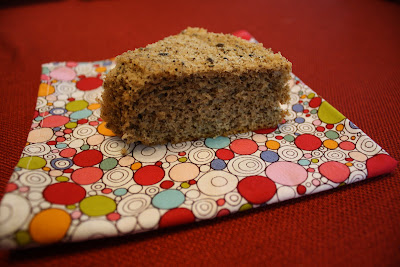 I’m still resorting to baking to use up some of the tea in my pantry. I’ve found some recipes that call for Green Darjeeling, including one for duck, so I’m looking forward to those next. But for now, I’ve been using up tea bags from a mixed box. I started by making a chocolate tea cake with a mixture of English breakfast tea and Earl Grey. While the cake was good, it did not taste like tea at all, so I considered it a wasted effort. Then I tried this tea chiffon cake from Happy Home Baking. While it did not rise like I expected it to, it was very good! I used two bags of black tea and one bag of ruby tea that contained cinnamon bark; I pulsed everything in the spice mill to get a powdery texture, which blends in the cake better. There were pieces of cinnamon bark that were still too big, but I must say I loved the taste of cinnamon here and would consider adding cinnamon powder as an ingredient, if it goes with the tea. I adapted the recipe a bit for the North American frame of reference. I’m happy with the result and would make this again. You could also keep this idea and add tea powder to an angel food cake.

Sift tea, flour, baking powder and salt together in a medium bowl; set aside.

Place the egg yolks in a large mixing bowl. In 3 separate additions, add ¼ cup of the sugar and whisk (manually) until the mixture becomes sticky and turns pale.

Drizzle in the oil, whisking at the same time until the mixture is well combined. Repeat with the water. Add the flour mixture and whisk until it is fully incorporated into the batter.

In a clean, dry mixing bowl, beat the egg whites with an electric mixer until the mixture becomes frothy and foamy. Gradually beat in the remaining ¼ cup sugar and beat on high speed until soft peaks form.

Fold the egg white mixture in the batter in 3 separate additions, each time folding gently until just blended.

Pour batter into an angel food cake pan (or tube pan). Tap the pan lightly on the countertop to get rid of any trapped air bubbles in the batter. Bake for 45-50 minutes or until the cake surface turns golden brown and a skewer inserted in the center comes out clean.

Remove from oven and, if you are feeling bold, invert the pan immediately. In any case, let cool completely before unmolding by running a knife around the inside of the pan and center core. 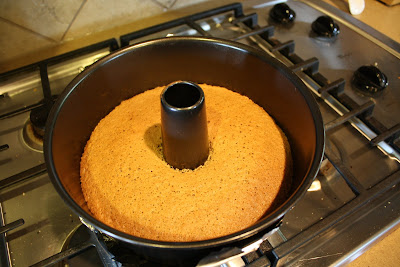 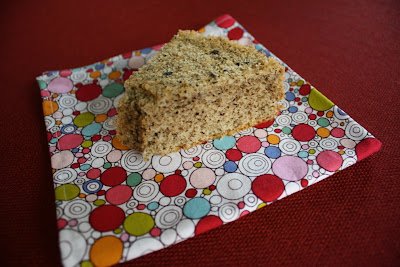