I mentioned a few months ago that since we got back from our summer in Montreal, the Engineer and I now try to do or visit something in or around San Antonio once a month. I figured I’d give you a roundup of what we’ve done so far.

In August, we went to the farmers’ market at the old Pearl Brewery. I love going to the brewery, as the stores there are all interesting, the restaurants are great and it’s a beautiful place (especially if you take a stroll down the path by the river and go see F.I.S.H. under the bridge). Unfortunately, we got there late in the day and some vendors were already packing up. We did get to extensively check out Melissa Guerra, though, a nice shop which sells kitchenware, with an emphasis on local cuisine and tools. We were disappointed that they did not have a few basics that we were looking for (like a 1-cup Pyrex measuring cup and a 9-inch springform pan, both of which we had to replace in our kitchen), but they did have a lot of other nice stuff.

In September, we visited the McNay Museum, which I talked about here; I definitely recommend it to visitors. In October, in an effort to get inexpensive one-of-a-kind furniture to help decorate our house, we went to Bussey’s Flea Market (the one with a giant armadillo in the parking lot). That was a bust, though, as there was very little furniture there, and we came back empty-handed. We’ve since had more luck at Hats Furniture Haus; you’ll see the results here eventually. 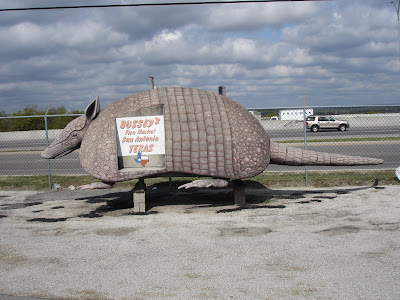 In November, we decided to visit one of the many caves in the area; we settled on the Cave Without a Name (a young boy won the contest to name the cave, after declaring that it was too beautiful to have a name). We both really enjoyed the visit. The cave had some beautiful, colourful rock formations, and it was a comfortable 66 degrees down there (the temperature remains steady year-round, as does the almost 100% humidity). We’ll consider seeing Cascade Caverns and Natural Bridge Caverns on future outings. 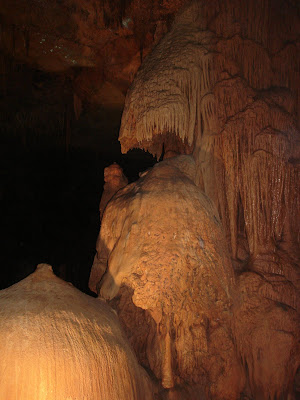 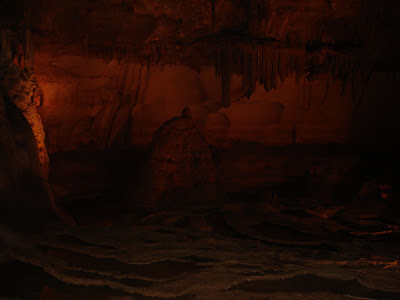 Finally, this month, we went to Gruene (pronounced “green”) on the weekend of their Christmas Market. The town itself is historic; it was originally settled by Germans who built a cotton mill there. It is also home to Gruene Hall, believed to be the oldest dance hall in Texas (today still fully in use as a bar, venue and occasional movie set). I loved walking through the town itself, and had a lot of fun walking through the stores, the antique mall and the market set up for the occasion. We bought some art and a Christmas decoration, as well as some food items that you’ll be hearing about quite soon. 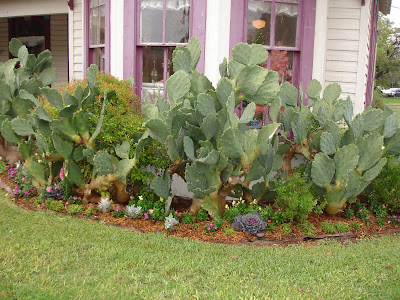 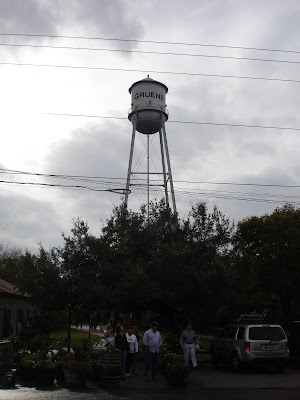 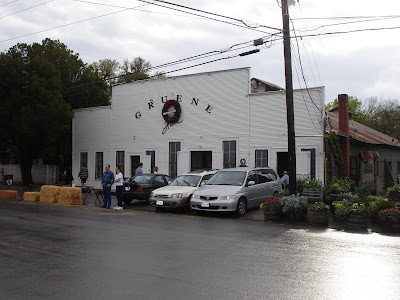 We’ve got the gist of our outing planned for February already, but January is still up in the air – we’ll see what we come up with!

Unknown said...
This comment has been removed by a blog administrator.
2:56 AM