Those of you who have been reading this blog for a long time know that each summer, the Engineer and I go to what we call Vermontfest (we’ve done it in 2009 and in 2010, and it’s easily the highlight of our summer). This past weekend, we repeated the experience at the Actor’s parents’ country house, with 13 adults, 1 wonderfully mellow baby and 2 big dogs. 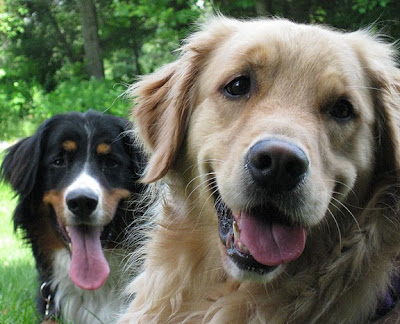 The food was similar to what we’ve been serving for the past years: a dinner at the Belfry; a spaghetti dinner (the Legal Chef did not have tools to make fresh pasta this year, so he reluctantly agreed to let us buy some dry pasta at the store; I made my meat sauce and a vegetarian-but-dairy sauce, while the Legal Chef made challah); and a turkey dinner (the Legal Chef was in charge of the turkey, which I basted once while he was swimming in the pond, I prepped the vegetables and made cranberry sauce, and Jen sous-chefed). 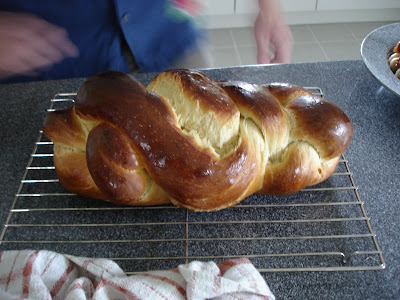 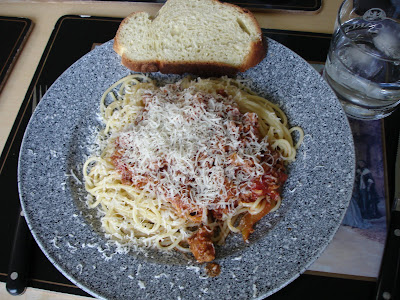 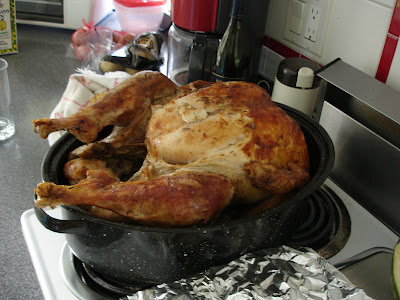 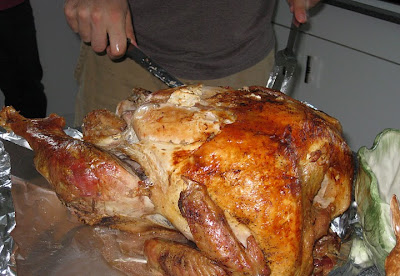 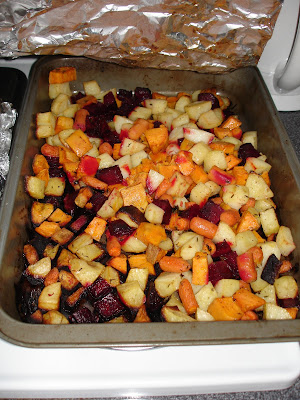 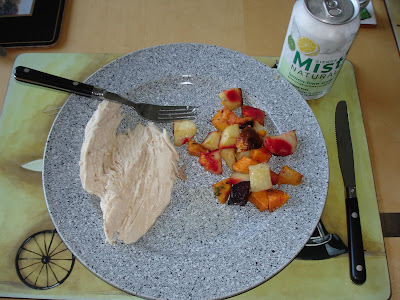 Lunches were a free-for-all once again, though I threw in a potato and green bean salad along with a chickpea salad. 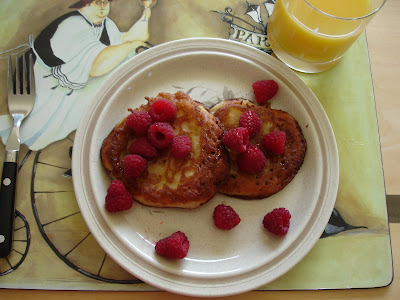 The Legal Chef did make buttermilk pancakes one morning, using lactose-free milk with lemon juice instead of the buttermilk for my sake. We also had three kinds of chocolate chip cookies: I brought dough for the David Leite ones and the David Lebovitz ones, which I baked on the spot, and Jen brought her Anna Olson cookies. Of the two David cookies, about 2 in 3 people preferred the Leite ones and 1 in 3 preferred the Lebovitz version. That being said, the Anna Olson cookies were delicious as well, but the Davids’ had an unfair advantage since they were fresh out of the oven.

I also had what is the most fattening desert in recent memory: I was watching everyone eat cookie dough ice cream, but there was no lactose-free version. So I ended up mixing lactose-free vanilla ice cream with raw cookie dough, then threw in a cut-up marshmallow and some chocolate Magic Shell for good measure. This was my first time making this concoction, and I do not intend on having it anywhere other than Vermonfest, so I regret nothing! 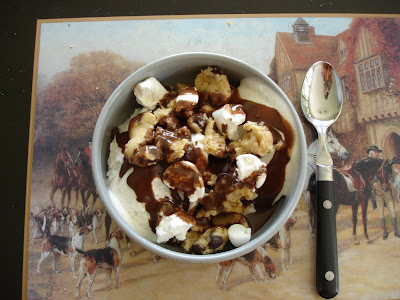 We still had board games galore, and I’ve come to realize how much I like them. I used to play board games as a child, with my family, and somehow we stopped once Dear Sister and I were young teenagers, but there’s a myriad of games out there that are tons of fun for all ages. I should introduce a few to my family! My favourites this year were Ticket to Ride, Thurn and Taxis, Time’s Up and Taboo (is it a coincidence that they all start with T?). I particularly had fun with an original 1989 version of Taboo that we found in the house, as since the game was dated, we were allowed to make many modern references (like using the word “cell” to get players to guess “telephone”, or a clue like “Beyoncé doesn’t think you’re ready for this blank” for “jelly”). There were also games of Twilight Imperium that went on all night, but I did not take part in those.

As far as wildlife goes, it still didn’t come close to the first year, though we did see several deer, blue jays and robins, a gopher and a big moth (that’s my index finger for scale). 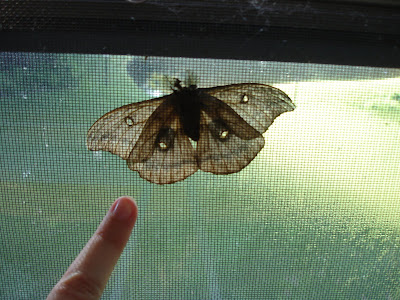 I’m already looking forward to next year’s Vermontfest. If one more adult shows up, we may have to either rent the cabin across the street or pitch a tent on the lawn!
Posted by Amélie at 10:30 AM