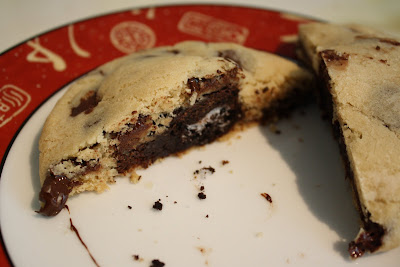 My friend Jen and I invented these Franken-cookies, the turducken of the dessert world. Jen had already made chocolate chip cookies stuffed with an Oreo, but she wanted to take it one step further by adding an extra layer – of brownies. So these are an Oreo inside a brownie inside a cookie. We took our inspirations from recipes for brownies stuffed with Oreos as well as for pillow cookies (i.e., chocolate chip cookies stuffed with brownies). These were actually quite helpful, as it made us realize the order in which we should assemble and bake these treats. We opted for snack-sized Oreos baked in bite-sized brownies (using a mini-muffin pan), which we underbaked by a few minutes; then we put those in chocolate chip cookie dough and baked the whole thing. Jen’s account of the recipe is on her sister’s blog, The Littlest Crafter. 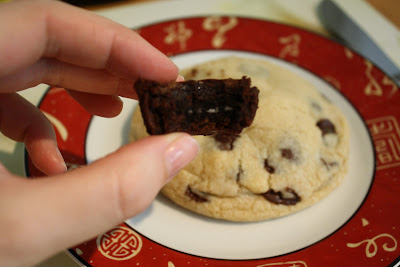 Neologisms we threw around included brownchoceos, orchipnies and brownchipeos, but we decided on chipbrowneos. As in “turducken”, the syllables are in the same order as the food components, from the outside in. While it’s true that there are technically other kinds of chips (like peanut butter, butterscotch or cinnamon), the word “chip” still first brings to mind chocolate chips, usually in cookies, so we felt this name was clear enough to describe the contents accurately, and therefore strike fear in previously hungry dinners. Because, as you can guess, these things are huge (hamburger patty-sized is a good comparison), so you probably couldn’t, and definitely shouldn’t, eat more than one.

For the brownies, we used a recipe published by Bon Appétit and reproduced below; you could also use either one of my go-to recipes if you halve them, or just use your favourite brownie recipe. For the chocolate chip cookies, we used the recipe from Picky Palate, the one that started it all (though, again, feel free to use your favourite chocolate chip cookie recipe). We made this with margarine instead of butter, so they were lactose-free.

Preheat oven to 325 °F and position rack in bottom third of oven. Grease a mini-muffin pan. (This made 31 mini brownies for us, but we only used 14 in the chipbrowneos; you can always make fewer and bake the rest of the batter longer in a regular muffin tin. Or halve the recipe.)

Melt the butter in a medium saucepan over medium heat. Continue cooking until butter stops foaming and browned bits form at the bottom of pan, stirring often, about 5 minutes. (If using margarine, simply melt it.)

Add eggs to hot mixture, one at a time, beating vigorously to blend after each addition.
When mixture looks thick and shiny, add the flour and stir until blended. Beat vigorously. Transfer the batter to the prepared pan (it’s very thick!). Put an Oreo in each tin and push it down; cover with more batter.

Bake until toothpick inserted into center comes out almost clean, a little moist. (We baked these about 12 minutes; we wanted them slightly underdone, since they go back in the oven later, but you could bake them all the way if you wish.) To unmold, run a knife along the edge of each tin to pry out the brownie. Don’t worry if a few of them crumble; they don’t need to look pretty where they’re going. 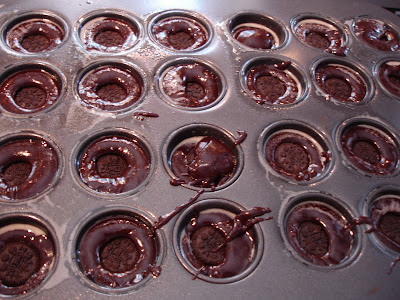 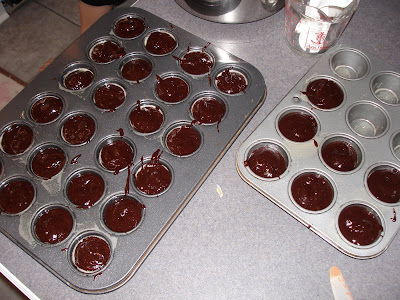 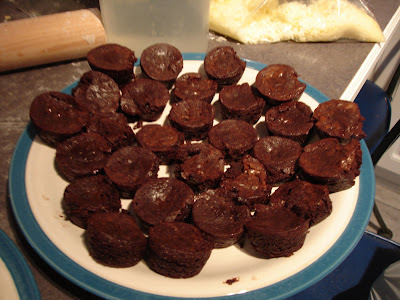 In a separate bowl mix the flour, salt and baking soda. Slowly add to wet ingredients until just combined. Stir in chocolate chips.

Using a cookie scoop, make balls of cookie dough, then flatten them between your palms. Sandwich a mini-brownie between two cookie dough disks and press the edges closed around the brownie. Place onto a parchment lined baking sheet (6 per sheet) and bake cookies about 15 to 20 minutes with the rack still in the lower third of the oven, until cookies are light golden brown. Let cool for 5 minutes before transferring to cooling rack.

This makes about 14 (very large) chipbrowneos. If you want to turn the dial to 11, you can top them with Oreo Creme, but I certainly won’t blame you if you think they contain enough calories as it is. Enjoy! 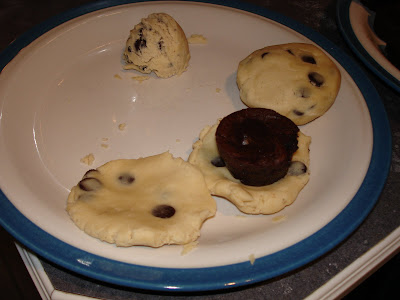 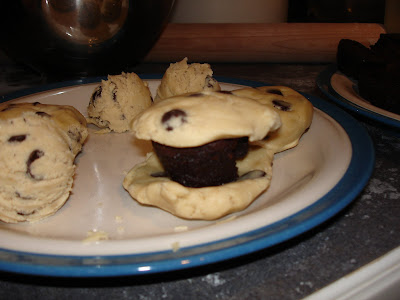 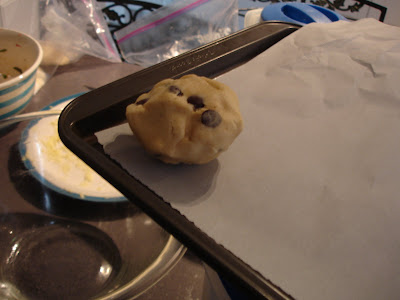 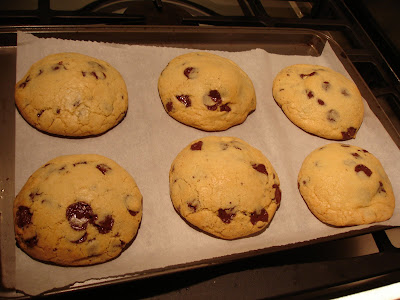 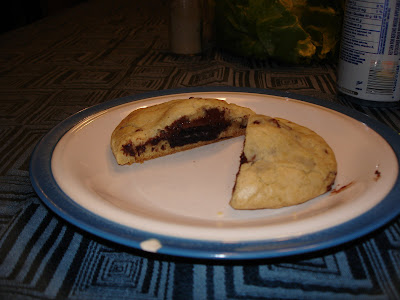 We got featured on Polka Dots on Parade! :)

And again on Six Sisters' Stuff!

This teaches me I should network more, like The Littlest Crafter...